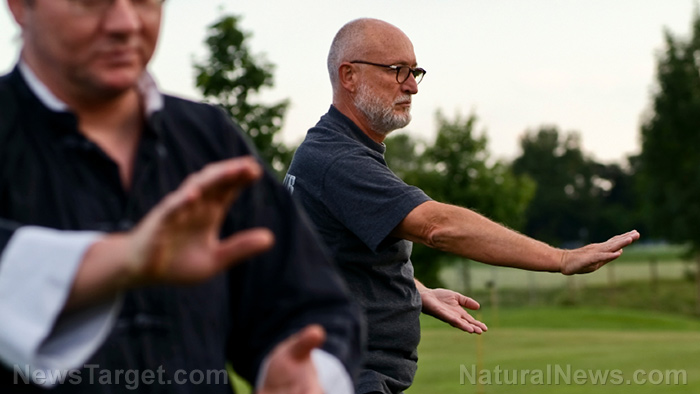 (Natural News) The State of Virginia, now entirely run by truly insane Democrats who support infanticide and child murder, is proposing a new 2020 law known as SB64 (see link here) which will be taken up by the Democrat-run Senate beginning January 8, 2020.

The law would instantly transform all martial arts instructors into criminal felons. This includes instructors who teach kickboxing, BJJ, Krav Maga, boxing and even Capoeira.

It would also criminalize all firearms training classes, including concealed carry classes.

It would even criminalize a father teaching his own son how to use a hunting rifle.

Specifically, the law says that a person “is guilty of unlawful paramilitary activity” (a class 5 felony) if that person:

“Assembles with one or more persons for the purpose of training with, practicing with, or being instructed in the use of any firearm, explosive, or incendiary device, or technique capable of causing injury or death to persons…”

The phrase “technique capable of causing injury or death to persons” covers all forms of martial arts and self-defense training, including Krav Maga, BJJ, boxing and other contact martial arts such as Tae Kwon Do or Tai Chi.

In fact, according to the language of the law, just “one” person learning such arts is a felony crime, which means that watching a DVD on Krav Maga would be a felony crime.

Here is the full text of the proposed law:

A person shall be is guilty of unlawful paramilitary activity, punishable as a Class 5 felony if he:

1. Teaches or demonstrates to any other person the use, application, or making of any firearm, explosive, or incendiary device, or technique capable of causing injury or death to persons, knowing or having reason to know or intending that such training will be employed for use in, or in furtherance of, a civil disorder; or

2. Assembles with one or more persons for the purpose of training with, practicing with, or being instructed in the use of any firearm, explosive, or incendiary device, or technique capable of causing injury or death to persons, intending to employ such training for use in, or in furtherance of, a civil disorder; or

3. Assembles with one or more persons with the intent of intimidating any person or group of persons by drilling, parading, or marching with any firearm, any explosive or incendiary device, or any components or combination thereof.

See the full text yourself at this link.

This is what happens when Democrats seize power

This insane level of tyranny is happening because Democrats now run the entire legislative and executive branches of the Virginia state government. Governor Ralph Northam — who openly confessed to advocating infanticide and child murder — is leading the charge to turn the great state of Virginia into a modern-day slave camp where no citizen is allowed to defend herself against the tyranny of the local government (which has gone completely insane and is now run by relentless criminals).

This demonstration of blunt force tyranny showcases the real plan of Democrats when it comes to disarming the American people: This was never about “commonsense gun reforms,” you see. In truth, it has always been about criminalizing the very idea of self-defense and self-reliance.

When you are living in a state where you can be arrested and imprisoned for taking a self-defense class and learning how to kick, punch or shoot rapists and would-be violent criminals, you are living under a criminal enterprise of political tyranny that must be taken down and defeated.

Not coincidentally, this proposed new SB64 law would criminalize the very assembling of law-abiding citizens who might rise up and challenge the criminal tyrants in Richmond who are busy rigging the system to make sure no Virginian can ever challenge the tyranny of Democrat rule. In effect, Democrats are passing laws to criminalize resistance to tyranny in much the same way that Democrats in Congress are trying to impeach Trump for the “crime” of resisting a political coup.

You are watching a system of tyranny shore up its own defenses against informed citizens, knowing that the corruption of Democrats is so deeply embedded in their authoritarian rule that sooner or later, honest Virginians have both a right and a duty to oppose, defeat and dismantle that system of tyranny by all means afforded the citizens under the Constitution of the United States of America.

The process of transforming Virginia from a patriotic, independent, pro-liberty state (May 15, 1776) into a corrupt, authoritarian slave camp run by filthy left-wing criminals only took 243 years, by the way. And it happened because conservatives and patriots got too apathetic and lazy to take sufficient action to keep tyranny in check. While the citizens slumber in comfort, tyranny is always plotting its next takeover. The GOP of Virginia practically surrendered the state to the Democrats, even refusing to run candidates in many districts during recent elections.

Suddenly, the citizens of Virginia find themselves living under extremist left-wing tyranny. The thing about tyranny is that you can sleep your way into it, but history has shown that you have to fight your way out of it.

Today, Virginians are in the fight of their lives.

No wonder dozens of counties in Virginia are hurriedly declaring themselves to be Second Amendment Sanctuary Counties in order to escape the tyrannical rule of Richmond’s authoritarian tyrants.

How to declare your county a 2A Sanctuary county

If you live in Virginia or any other state where left-wing tyrants are trying to criminalize self-defense, read this important guide on how to get your own county declared a “2A Sanctuary” for human freedom and safety.

You might also want to get off your ass and work to defeat these tyrant lunatics before they destroy everything you value: Life, liberty and happiness.

If you’re a Virginian, your ancestors are practically demanding you take action to restore the liberty upon which Virginia was originally founded.

And if you can’t get rid of the left-wing lunatics in Richmond, at least you can plan to surround them with pro-2A counties while you wait for things to really hit the fan.

Real Virginians already know this is a do-or-die moment for the future of your state. Get to work, or you will lose everything. The Democrats aren’t just coming for your guns; they’re coming for your humanity and your very right to exist.

All this tyranny being unleashed against the citizens of Virginia, by the way, will soon be enforced across the entire country if the Democrats take the White House in 2020.

They will come for you and stick a gun in your face and throw you in prison. In fact, they are promising to do so. And they will then take your children and lock them in a public school transgender indoctrination camp where greasy pedophile men will waggle their junk in their faces while they role play sexual assault scenarios in the name of “tolerance.” Left-wing government has truly become a psychological terrorism racket that now preys upon children while seeking to crush all resistance from informed adults.

How long, exactly, did you plan to put up with this insanity?

Read more news about the Second Amendment at SecondAmendment.news.