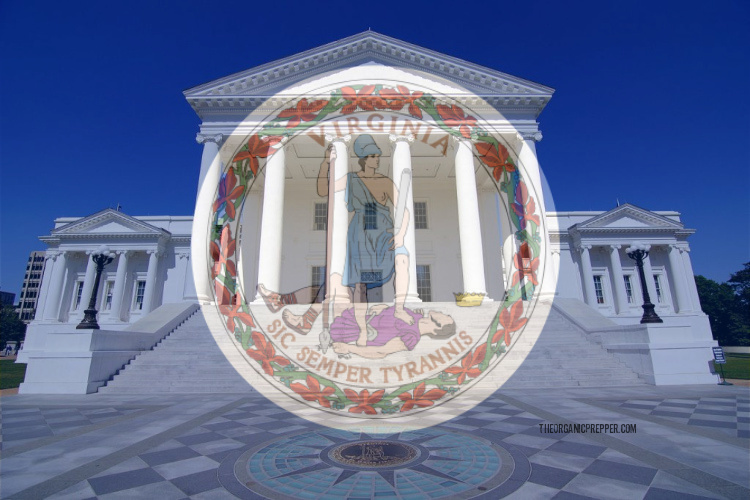 Despite a massive and peaceful turnout on the Lobby Day rally on January 20th, the Virginia State Congress remained totally unphased by what the people wanted and proceeded to advance numerous unconstitutional gun laws over the following week.

While everyone has been focused on the Wuhan coronavirus, state lawmakers have been quietly eroding gun rights.

Proving they don’t care at all about the opinions of the people of Virginia, the state’s Senate passed a “red flag” gun law only two days later. Here’s the summary of SB240.

Creates a procedure by which any attorney for the Commonwealth or any law-enforcement officer may apply to a general district court, circuit court, or juvenile and domestic relations district court judge or magistrate for an emergency substantial risk order to prohibit a person who poses a substantial risk of injury to himself or others from purchasing, possessing, or transporting a firearm. If an emergency substantial risk order is issued, a judge or magistrate may issue a search warrant to remove firearms from such person.

The bill provides that persons who are subject to a substantial risk order, until such order has been dissolved by a court, are guilty of a Class 1 misdemeanor for purchasing, possessing, or transporting a firearm; are disqualified from having a concealed handgun permit; and may not be employed by a licensed firearms dealer. The bill also provides that a person who transfers a firearm to a person he knows has been served with a warrant or who is the subject of a substantial risk order is guilty of a Class 4 felony. The bill creates a computerized substantial risk order registry for the entry of orders issued pursuant to provisions in the bill. (source)

Of course, we all know the dangers of red flag gun laws. Anyone can swear out a complaint against a gun owner – including an abuser who doesn’t want his victim to be able to protect herself or himself. Add to that, numerous law-abiding citizens have been killed when police burst in to serve the warrant and seize the gun owner’s firearms.

But That’s Not All That Virginia Has In Store For Gun Owners.

Also two days after the rally of gun owners, the Senate Judiciary Committee advanced a proposed new law that would make it more difficult for Virginians to get a concealed carry permit in the form of SB263.

Concealed handgun permits; demonstration of competence. Removes the option for concealed handgun permit applicants to demonstrate competence with a handgun by completing an electronic, video, or online course conducted by a state-certified or National Rifle Association-certified firearms instructor. The bill does not affect any in-person means of satisfying the requirement to demonstrate competence with a handgun under current law. (source)

Obviously, this makes it more difficult for rural residents to take the required training and it makes it more expensive for poverty-stricken gun owners.

On Friday the House advanced the following bills to the Senate for further approval.

HB2 would criminalize the private transfer of firearms in the Commonwealth. Unlike SB70, which was passed by the Senate, HB2 would criminalize almost all firearm transfers – not just sales. Under this extreme legislation, even lending a brother your rifle for a deer hunt or letting your daughter borrow a handgun for self-defense could land otherwise law-abiding Virginians with a felony conviction and up to 5 years in jail. Additionally, the recipient could face up to a full year of incarceration.

HB674 would create a “red flag” gun confiscation procedure that is similar to that created by SB240. Just like the senate bill, HB674 would empower the government to strip an individual’s constitutional right to keep and bear arms and seize their firearms pursuant to an ex parte order. However, whereas SB240 would require a commonwealth’s attorney or two law enforcement officer to petition the court, HB674 provides even less safeguards – allowing a single law enforcement officer to petition for a confiscation order.

HB812 would ration the right to keep and bear arms by limiting Virginians to one handgun purchase per 30-day period. Unlike SB35, which has passed the full Senate, HB812 does not provide an exemption to this restriction for CHP holders.

From 1993 to 2012, Virginia had a “one-handgun-a-month” law that rationed the number of handguns law-abiding gun owners could purchase to one a month. In 1993, Gov. L. Douglas Wilder and other gun control advocates sold the handgun rationing measure as a way to curb gun trafficking from Virginia to more restrictive Northeast states, particularly New York. HB812 comes along after New York City billionaire and gun control financier Michael Bloomberg spent an exorbitant sum in the 2019 election cycle. According to ATF Trace data, there were fewer firearms traced to Virginia in the three years after the law was repealed than in the three years prior to repeal.

HB9 would re-victimize burglary and robbery victims by penalizing a crime victim who fails to report the theft of a firearm to law enforcement within 24 hours of discovering the theft. These victims would be fined up to $250.

In the aftermath of a burglary, victims are occupied with a host of concerns. The first and foremost concern is the physical safety and well-being of themselves and their loved ones. To place an additional burden on crime victims in their moment of despair is the ruthless act of a callous state that exhibits no regard for the hardship victims face as they put their lives back together.

HB412 would eliminate Virginia’s state firearms preemption law. Current law ensures that those living and traveling throughout Virginia are subject to the same predictable state statutes wherever they are in the Commonwealth. With this regimen, law-abiding gun owners can move about the state without fear of being ensnared by a confusing patchwork of disparate local ordinances. Unable to predict or comprehend the contours of the various ordinances in Virginia’s 95 counties and 38 independent cities, CHP holders would be forced to forego their Right-to-Carry for fear of running afoul of an obscure or complicated local law.

The absence of a relationship requirement opens the §19.2-152.10 protective order procedure up to abuse. Verbal altercations between co-workers, neighbors, or less formal acquaintances where one party perceived, or claimed to perceive, the other as making a “threat” could result in the extinguishment of a person’s Second Amendment rights and the forfeiture of their firearms.

HB1083 severely restricts parental decisions about firearms in the home by making it a Class 6 felony to leave an unlocked and loaded gun in the home with a child or teenager under the age of 18. Current law only applies this restriction to children under the age of 14 and provides that the punishment for such conduct is a Class 3 misdemeanor. This law is unnecessary as Virginia already has a child abuse and neglect statute that provides felony penalties for parents who engage in dangerous conduct. (source)

Is it any wonder that parts of Virginia are considering secession from the state?

The Protest Meant Nothing In The Eyes Of Virginia Lawmakers.

The advancement of these gun laws is a slap in the face to every gun owner who has protested in person, written or emailed his or her members of Congress, and attended local meetings.

It shows that the people currently in office don’t care what Virginians have to say about the laws they pass. It underlines their blithe dismissal of the Sanctuary municipalities and of the massive peaceful protest that even saw protesters cleaning up the area before they left.

The protest may have meant nothing to lawmakers, but to gun owners, it meant everything. It means that people in Virginia will stand up for their rights. It means they will not back down. It means they’re willing to put themselves on the line to protect the 2nd Amendment in a state that still has a flag that says “Sic Semper Tyrannis.”

But as for the state government? You know, the one purchased by presidential candidate Michael Bloomberg?

This is not a government that represents the people of Virginia.