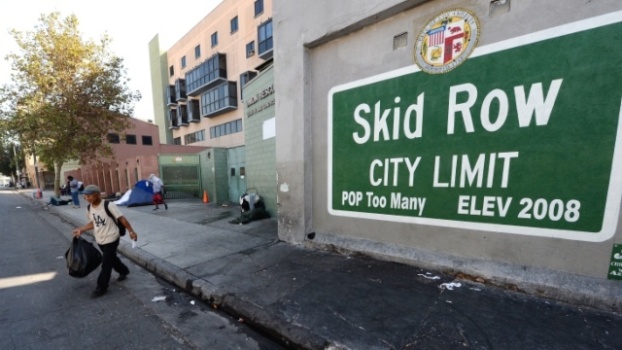 (The Olive) When Republicans have stated that Democrats will go to any lengths to win elections – they aren’t kidding.

According to Fox News, the Los Angeles County District Attorney’s Office is charging nine people in connection with an alleged voter fraud scheme. During the 2016 and 2018 elections, Skid Row homeless were offered cash and cigarettes in order to obtain fraudulent signatures.

According to a statement from the Los Angeles DA’s office:

Although Democrats were not specifically noted in the case, who else would be doing this type of thing? When was the last case of Republican voter fraud? I’m sure it happens, but the majority of the cases involve Democrats, or as I name them, Politicrats.

Politicrat: a politician whose goals are to consolidate power for themselves at any cost, as well as personal enrichment, and upholding the party line.

The wave of voter fraud in this last election cycle is nothing short of staggering. The actions of the Politicrats despite having won control of the House – well they may yet hand a win over to the Republicans in 2020 with the ever-increasing revelations of Politicrat corruption.

Florida Democrats Should be Investigated under RICO

This is only the proverbial tip of the iceberg; there is tons of fraud going on all over the U.S. as Democrats attempt to regain power nationwide. Naturally, the MSM is either not covering this very much, or they are pumping out article after article implying Trump and everyone else that cries voter fraud are nothing but a bunch of liars.

The problem is – there is way too much evidence of voter fraud to so lightly dismiss the issue.

Since 2013, Christian news magazine The Olive Branch Report has featured the insightful writing and reporting of Greg Holt. His writing has been featured on American Prophet, Conservative Firing Line, DC Clothesline, Eagle Rising, Capitol Hill Outsider, Sons of Liberty Media, Rev. Austin Miles, and others. Greg is also the Publisher and Editor of Inspirational Christian Blogs.