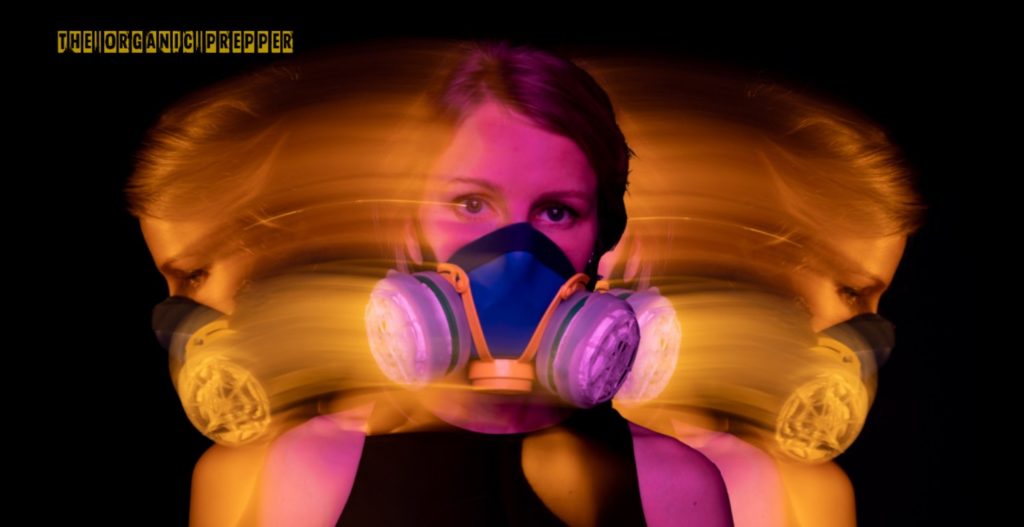 When I saw in my feed a headline reading “The Preppers Were Right All Along,” I foolishly got excited. “Vindication,” I thought. “They’ve finally realized we aren’t so crazy after all!”

My optimism began to wane when I clicked it and saw the Washington Post load on my browser. I cringed when I saw that the byline showed the author as a part of Bloomberg Opinion. My hopes were dashed entirely when I read the description of preppers as a group:

Preppers, as the community of bunker builders and food hoarders is known, emerged during the Cold War as fears of nuclear holocaust drove some people to go to great lengths to prepare for survival in a burned-out world. But as the movement persisted over the decades, it has been mostly ignored by mainstream society, myself included, which came to view preppers mainly as paranoid radicals.

So it’s more than a little uncomfortable to confront the reality that this fringe industry is increasingly mainstream.

Imagine being so peevishly married to your ideology that even when admitting you were wrong and someone else was right that you cannot help but insult them.

Why the author thinks we’re right

The article repeatedly quotes executives from survival food companies such as Readywise, MyPatriotSupply, and Mountain House, who explained how the long-term food market has boomed in recent years. The author, Amanda Little, muses how the demographic has changed from “people preparing their bunkers for Armageddon or resisting a government they feared would take away their guns” to people she actually knows. (I’m sure they’re delighted that she outted them publicly on The Washington Post website.)

I know a growing number of people buying into the survival food trend. I’d first heard about ReadyWise from my cousin-in-law, a former cop in Zionsville, Indiana, who had stashed a supply of the startup’s products in his basement that could sustain his family for six months. My stepbrother, a business executive who lives in downtown Washington, has invested in a one-year supply of drinking water and long-storage food. And my brother, a leading climate scientist, has also begun building a supply in the basement of his West Virginia cabin.

As well, people with academic and business intelligentsia she admires are getting involved in the industry.

Indeed, as the market for survival food becomes more regionally and politically diverse, there appears to be a shifting culture within the industry itself — especially among corporate leadership, which is increasingly pedigreed. Wark of Mountain House brought to the company a history of management roles at Post and General Mills. Last year Augason, who dropped out of high school to work in his family’s business, brought in Moir Donelson, a graduate of West Point and Harvard Business School, as CEO to guide the company’s growth.

In an effort to put a politically correct spin on the entire thing, the author links the uptick in catastrophes to climate change. To her credit, she also mentioned the supply-chain issues brought on by the pandemic, the war in Ukraine, rising fuel costs, and inflation.

The good thing about this is that perhaps other people of a similar political bent will get on board and get stocked up. Regardless of your feelings about folks who look at the world differently, the more people who get prepared, the fewer people we have to worry about causing problems when things go truly sideways. I personally don’t care what someone’s background or belief system is – I don’t want to see anybody going hungry.

(To better ensure you don’t go hungry, check out our free QUICKSTART Guide to home canning.)

She’s still not going to prep, though.

Despite her rather petulant admission that “preppers were right all along,” Amanda is still above preparing for the future.

It’s like when your child is too sleepy to be pleasant but refuses to nap. Literal representation of me every time I read an MSM opinion piece.

She has other solutions in mind that are so much better than the old-as-time concept of preparing for hard times.

There are any number of good and practical (and very sobering) reasons to be adding long-storage food supplies to your pantry. But we should be putting far more energy into supporting regenerative farming and the next-level technologies that can help us build a climate-resilient food supply, while also voting in politicians who take climate change seriously. Let’s be sure we’re not fiddling with freeze-dried fettuccini while the planet burns.

As for me, I’d prefer to focus on learning skills, producing and preserving my own food, and becoming independent of a system that has shown it cannot be depended upon when times are tough. Sure, I’ll stock up on long-term food too, but the keys to survival are independence and resilience. It always has been, and it always will be.

We can’t vote or mandate our way to food security. Pinning our nation’s hopes on centralization, legislation, politicians, and societal answers is how we got to this place.

Preppers know this. And that’s really why we’ve been right all along.

(Want uninterrupted access to The Organic Prepper? Check out our paid-subscription newsletter.)

What are your thoughts about the MSM getting on board with prepping? Will it happen? How about that opinion piece? What do you feel are the answers for future food security?

Let’s talk about it in the comments.

Daisy Luther is a coffee-swigging, adventure-seeking, globe-trotting blogger. She is the founder and publisher of three websites. 1) The Organic Prepper, which is about current events, preparedness, self-reliance, and the pursuit of liberty; 2) The Frugalite, a website with thrifty tips and solutions to help people get a handle on their personal finances without feeling deprived; and 3) PreppersDailyNews.com, an aggregate site where you can find links to all the most important news for those who wish to be prepared. Her work is widely republished across alternative media and she has appeared in many interviews.

Daisy is the best-selling author of 5 traditionally published books, 12 self-published books, and runs a small digital publishing company with PDF guides, printables, and courses at SelfRelianceand Survival.com You can find her on Facebook, Pinterest, Gab, MeWe, Parler, Instagram, and Twitter.