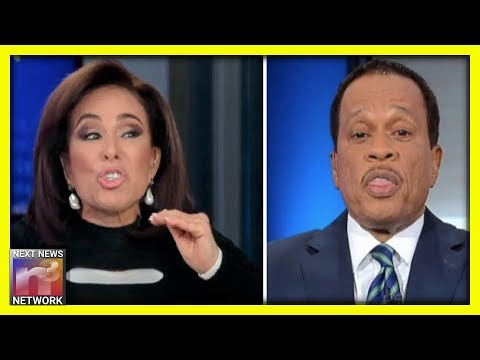 FOX News has gone down in flames for many of us.

The fact that they even keep token liberals like Juan Williams around to take a paycheck, is too much for many of us “recovering FOX News fans.”

Oh yes, this is no longer news.

It’s a circus within a bigger circus.

“The Five” started out with Jesse Watters mocking the impeachment circus, calling it a “hearsay sham.” Watters showed a video of Speaker Pelosi, taunting President Trump daring him to testify.

As co-hosts Jesse Watters, Dana Perino and Greg Gutfeld, were discussing the Democrat lawmakers ridiculous impeachment circus when Judge Jeanine Pirro stepped in and asked if she could talk? “Can I say something now, she asked?” Pirro responded to Dana’s comment about how the Democrats haven’t met their burden of proof yet, and Nancy Pelosi telling Trump he should come in and prove his innocence. “This is America,” the judge reminded “The Five” viewers, adding, “you don’t shift the burden of proof on the accused.”

“The Five’s” liberal co-host Juan Williams attempted to spew ridiculous polling numbers from ABC News, to prove Democrats are winning the impeachment war. Judge Jeanine blasted him, saying, “You know what they’re doing. They’re doing something they don’t have to pay for. They’re trashing the guy every day.” Juan tried to shout her down to stop her. Judge Jeanine Pirro told Williams not to tell her to stop, that she’s a judge!

Too bad it didn’t come to fisticuffs, because my money would have been on Judge Jeanine.

The are swinging left and taking a lot of conservative viewers to the left with them.

Remember when Fox News was still on our side?

Yeah, just checking because I don’t either.

Not only are they NOT on our side, they have moved to the DARK side.

How is that “fair and balanced”?