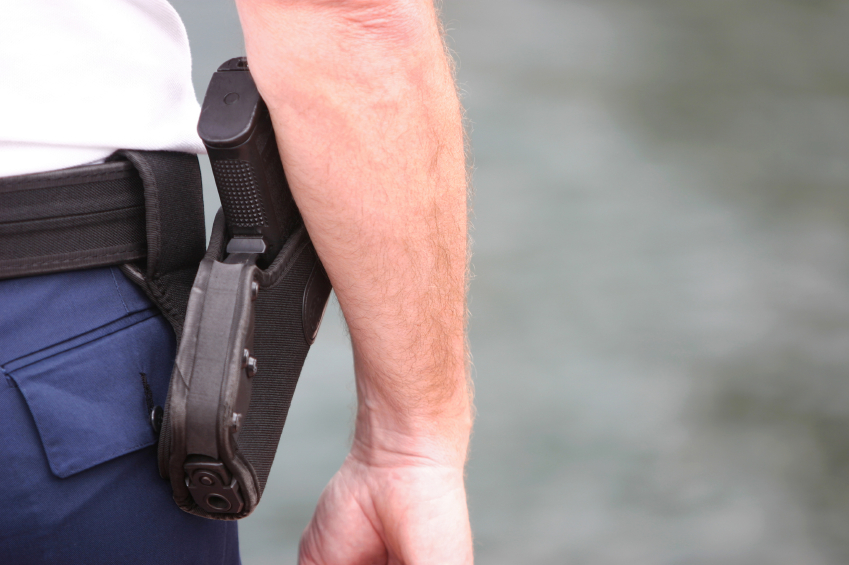 (Natural News) Second Amendment supporters, conservatives, and Trump backers are sounding warning alarms that Republicans in Congress, the party that has traditionally stood up for Americans’ right to keep and bear arms, are preparing to cave on demands from Left-wing Democrats to enact a federal “red-flag” law following the mass shootings in El Paso and Dayton.

“Senate Republicans are uniting around [Sen.] Lindsey Graham’s bill that would effectively end your 2A rights,” Ammoland noted in a Thursday post following reports that the South Carolina Republican had ‘struck a deal’ with Sen. Richard Blumenthal (D-Conn.) for a red flag bill POTUS Donald Trump’s own daughter, Ivanka, is pushing.

John Harris, the executive director of the Tennessee Firearms Association, wrote in December 2018 that while red flag laws were all the rage among blue states, they “could at some point be federal.” Boy, was he prophetic.

Red flag laws empower the state to label someone as “dangerous” based solely on the recommendation of a friend, family member, or other acquaintance. The person being charged does not know they’ve been charged because they are absent from the court proceedings. Most often they only find out after police arrive at their place of residence, sometimes with guns drawn during pre-dawn raids, to confiscate their otherwise legally owned guns.

Known as “Extreme Risk Protection Orders,” red flag laws are insulting to the Constitutionin a number of ways, writes Philip Van Cleave in a separate Ammoland piece. In addition to injuring the Second Amendment’s ‘infringement’ clause, red flag laws also violate the Fourth, Fifth, and Sixth Amendments to the Constitution as well — depriving someone of their property without due process, while essentially finding them guilty of somethingwithout a trial and without ever being charged or convicted.

This is the legislation that a growing number of Republicans — and, perhaps, the president — are now supporting. (Related: Analysis: Are Republicans really set to cave on gun control and ‘red flag laws?’ Don’t be so sure.)

Red flag laws are a solution in search of a problem, adding ‘insult to injury’

Gun groups are lining up to oppose Republicans who support Graham’s bill, including the senator himself.

“Gun Owners of America has already vowed to support a primary challenger to Lindsey Graham because he is introducing this bill,” the group said. “And we will take note of any and all Republicans who join him in shredding the Second Amendment.”

Groups are warning that it is impossible to overstate how dangerous this legislation could potentially be, not the least of which because it is ostensibly supported by Democrats but also because of the potential it will be abused and misused by Democrat officials to deprive as many people of their guns as possible, and again — without a constitutional amendment, without a trial, and without being convicted of any crime.

Only suspected of maybe wanting to commit a crime. Perhaps. At some point. Or maybe not.

Graham’s legislation is also sinister because it wouldn’t create a red flag law, per se, but rather fund a federal “bribe pot” of money to ‘encourage’ states to pass red flag laws — like states were ‘encouraged’ to pass “RealID” and ‘encouraged’ to pass a 55-mile-per-hour speed limit once upon a time and ‘encouraged’ to lower alcohol blood levels. The Feds ‘encourage’ state compliance by bribing them with funds, as Graham’s bill does, or depriving them of money needed to fix roads and highways and bridges (even though the state’s taxpayers contributed money for such upkeep and repairs).

“To add insult to injury, Lindsey Graham is downright lying to the American people when he says that this bill would recognize due process,” GOA says, noting that red flag laws, by their very nature, must violate due process because guns are removed from homes and from gun owners without trials, without evidence, and without a crime ever having been committed.

Congress is not currently in session, but we expect this bill to be waiting for lawmakers when they return from their summer recess.