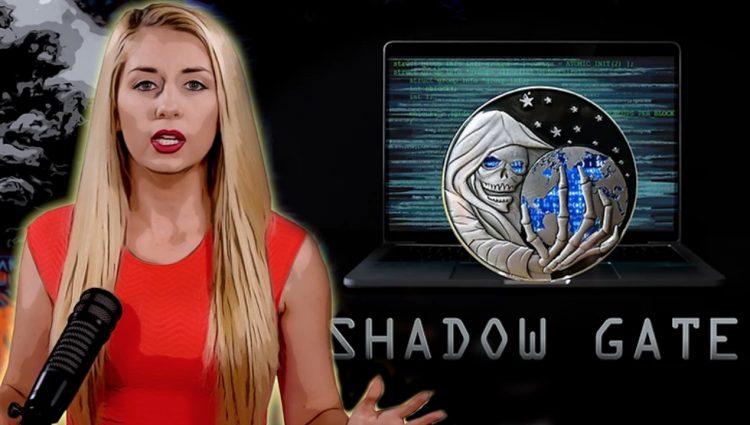 Yesterday, we reported on the arrest of investigative journalist Millie Weaver. Today, I confirmed that indeed she was arrested and taken to Portage County Jail in Ohio, charged with robbery, obstruction of justice, tampering with evidence and domestic violence. However, she will remain in jail until Monday when she is to have a bond hearing. The arrest is said to be the result of a grand jury indictment and I am unable to obtain the indictment until after the hearing. With that in mind, a man who has dealt with juries and been attacked for doing it, veteran Walter Fitzpatrick wonders if the indictment if actually lawful.

In an email, the Navy veteran was trying to determine whether it was a federal or state indictment.

Discussions at the Free Republic suggest we’re dealing with an Ohio State grand jury. If so, Mrs. Weaver has suffered false arrest and unlawful imprisonment at the hands of an unconstitutionally assembled collection of people appropriating the title of grand jury.
Initial research indicates Ohio method of selection for the grand jury foreman is outlawed. That is:
SECTION 2939.02 (LAST SENTENCE): “The judge of the court of common pleas may select any person who satisfies the qualifications of a juror and whose name is not included in the annual jury list to preside as foreperson of the grand jury, in which event the grand jury shall consist of the foreperson so selected and fourteen additional grand jurors selected from the annual jury list.”
The above citation comes from THIS.
The Ohio practice is identical to the outlawed method of selection used in Tennessee. I’ve been fighting this conflict for a decade. Trust me. Been there, done that, got the tee shirt, sold it in a garage sale.
The U.S. Supreme Court rulings on this are found in Rose v. Mitchell (1979) and Hobby v. U.S. (1984).
One point of contact for you is Counselor Van R. Irion (Knoxville, TN). Counselor Irion (EAR-e-un) is copied on this communication. Counselor Irion’s business phone: 865.622.9674.
Mrs. Sharon Rondeau (copied) has reported on Tennessee’s rigged grand jury scheme relentlessly. Sharon is editor and owner of the Post & Email online newspaper. Sharon’s business phone: 203.987.7948.
Go to the and search using “Tennessee Grand Jury,” “The Madisonville Hoax,” “Fitzpatrick,” “Minority Report” for starters.
Also this: I’ve interviewed several times (’bout this time last year) with Mr. David Tulis (copied). Nooga Radio 92.7 FM. Interviews are posted at The JAG HUNTER (use the search facility).
Millie Weaver’s grand jury, if it was an Ohio state grand jury, is a complete fraud. Her arrest can be quashed and she can be released to freedom right now.
Incidentally, this is precisely the type and kind of jury fixing, jury tampering, jury rigging Millie addresses in the last 25 minutes or so of “Shadow Gate.”
Happy to speak with you as your time and interest allow. I’ll need your phone number and a day and time to call.
REPEATING FOR EMPHASIS: NONE OF THIS APPLIES IN THE EVENT MRS. WEAVER’S INDICTMENT WAS HANDED DOWN BY A FEDERAL GRAND JURY.
However, let’s get this FIRESTORM lit if we’re dealing with an Ohio State grand jury.
We will find out soon enough, but it is a shame that the woman has to sit in jail over the weekend separated from her family when she claims she has no idea why she would be indicted in the first place.
For more on Mr. Fitzpatrick’s story, check out the links below.