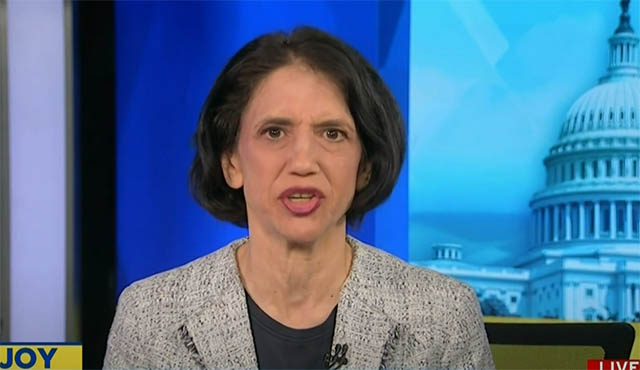 Washington Post columnist Jennifer Rubin has transitioned seamlessly in the span of a few months from insisting the Great Replacement is a “myth” to praising it as a demographic fact worthy of celebration.

Back in April, Rubin said “right-wing media stars” had “imbibed” a “‘replacement’ myth”:

Just four months later in August, Rubin said the 2020 Census showing the white population in America had declined for the first time in our nation’s history and whites were rapidly becoming a minority was “fabulous news.”

She followed her comments up with an article published Sunday insisting that whites accept that a “demographic and cultural tide” is “washing over them” and this country was “never ‘theirs.'”

From Jennifer Rubin in the Washington Post, “The census reminds us America isn’t static. The GOP needs to deal with it.” (HT: Steve Sailer):

The 2020 Census shows that while Whites remain the largest ethnicity group in the United States, the demographic decreased by 8.6 percent over the past decade. […]

America is never static. […] Indeed, that is the essence of America — a country not defined by racial or religious identity.

That reality has, of course, freaked out a significant share of White Christians who do not see “their America” as predominate. It was never “theirs” to begin with, and the assumption that something is amiss if White Christians are not in charge is the essence of white supremacy and Christian nationalism. It is also fundamentally un-American; our country is defined, as President Biden rightly says, by an “idea.”

It is easy, then, to understand why a political party based increasingly on its appeal to White Christians has adopted so many anti-American traits. […]

The GOP is so dependent on the right-wing media generator of White angst and resentment, and so fearful they will lose their grip among Whites, that they have chosen instead to try to hold back the demographic and cultural tide washing over them.

[…] However, unless and until Americans in rural areas demand responsible governance, embrace the true “idea” of America and reject the temptation of racism and authoritarianism, little will change.

In the meantime, urban Americans, who constitute a greater share of the population than ever before, will lose patience with anti-democratic techniques (e.g., the filibuster, voter suppression) designed to give rural Whites disproportionate power. Demography may not be destiny, but it brings the weaknesses of American democracy into focus.

As I noted last week, Rubin expressed that her dream for the US is for “hard-working Latin American” illegal immigrants to replace “contemptible Republican cowards” in order to “enhance America’s greatness.”