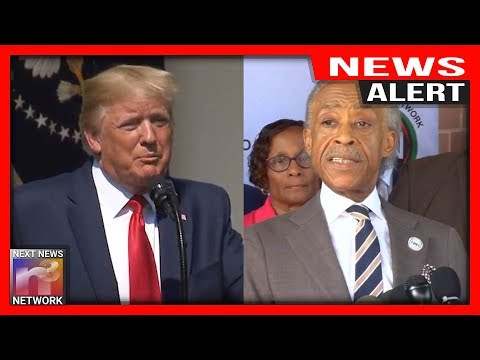 Could it be that Baltimore is waking up to the fact that they have been electing bad people?

Democrat policies have made Baltimore a rat-infested, crime-infested mess and Al Sharpton wasn’t exactly greeted with open arms on a recent visit.

Here’s the report from The Gateway Pundit:

Al Sharpton has been in Baltimore defending the record of Democrat Rep. Elijah Cummings, but not all of the local residents are happy about it.

In fact, Sharpton was heckled by some angry locals this week.

The We Love Trump blog reports:

A must-watch video of Baltimore residents speaking out about their living conditions and how unsafe the city they’re living in is was posted onto Youtube a few days ago.

It showed several citizens of Baltimore, Rep. Elijah Cummings’ district, talking about how scary it is to live in the city, then showed Democrat anti-Trump Rev. Al Sharpton making an appearance condemning Trump’s criticism of Cummings and the city.

WHOA: Al Sharpton gets heckled in Baltimore by fed-up resident.

"You go back to New York! Our schools are failing us… You’re just a hustler! Go back where you came from!"https://t.co/Q8cKLmrH4Z

Read the rest at The Gateway Pundit…

Sharpton is a tool and Baltimore is slowly waking up.

Let’s not forget that it was Trump supporters who recently pitched in and started to clean up Baltimore.

The local paper even made that political:

Someone had to clean up the mess.

The Baltmore Sun said they did it to make Trump look good.

Did everyone else NOT do it to make themselves look bad?

Elijah Cummings is under a lot of fire since Trump painted a target on him:

However, Elijah Cummings is just the face of a city that has some serious problems:

It’s time for the good people of Baltimore to get serious about taking out the trash of both the human and non-human variety.