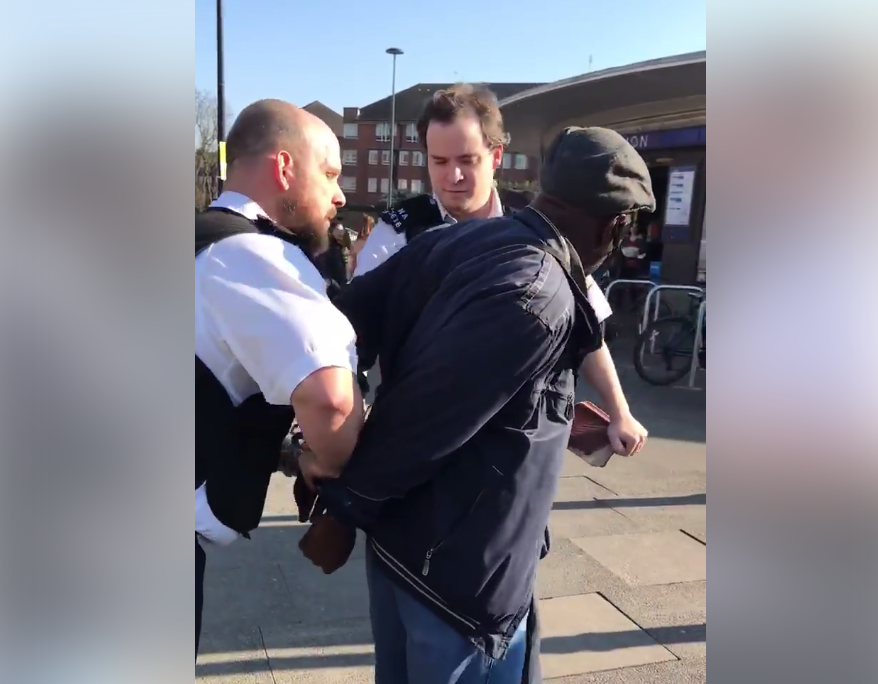 The British government has banned me (and Islamic scholar Robert Spencer) from the UK because of our support for Israel and opposition to jihad terror, while allowing the most vile Islamic hate preachers to enter the country and spew their poison. Now this.

Political freedom activist Paul Schnee sent it to me with this comment:

This video was sent to me via FACEBOOK by a friend of mine in Manchester.

What it shows is a national disgrace in a country whose parliamentary democracy with its devotion to free speech was once the envy of the world.

The British authorities never seem interested in preventing the sedition preached in the streets by well known noise makers like Anjem Choudray and his Islamic cult.

Campaign4Truth: London N14 for preaching about Jesus -the police told him it’s because public had said he was being islamophobic . We have the full video and wondered when preaching was now illegal? Christian Concern.

Thanks to Ambrosine Yolanda Shitrit who caught the incident