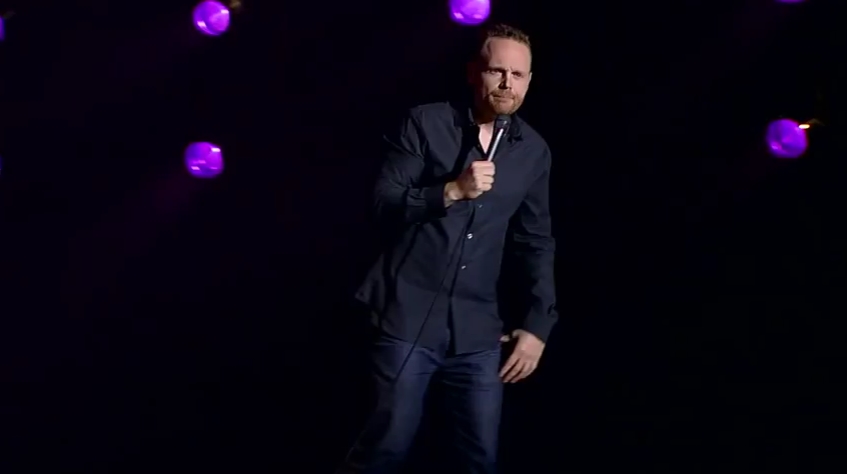 (Natural News) Bill Burr took on abortion in a segment from the comedian’s latest Netflix special, Live at Red Rock. His knock on pro-choice extremism has been going viral for its pro-baby stance.

While Burr says he has often identified with the pro-choice argument for bodily autonomy, he ultimately admits that abortion kills “a baby.”

“I don’t like people telling me what to do, and I was just like, ‘It’s your body, who the fuck am I to tell you what to do with your body?’ So that always made sense,” he begins.

“However, I still think you’re killing a baby. See? That’s where it gets weird,” he adds. “Like, I sit on the fence and the whole thing makes sense to me. When anybody’s saying like, ‘Don’t tell me what to do. It’s my body, my choice.’ That’s right. She’s right. Leave her the hell alone. ‘Well, you’re killing a baby!’ Well, I mean there is that. You know?”

Very serious language warning here, but if you can withstand the sting of foul language this is an excellent analogy of abortion by Bill Burr…pic.twitter.com/cGxRqFqS8h

Bill Burr even goes on to say that “the whole purpose” of an abortion is to kill a baby and nothing else.

“If we’re gonna be honest, that is the whole purpose of the procedure,” he says. “You’re not going in there cause you’ve got an earache. You’re going in there cause you’re like, ‘I got a baby in me, get it the fuck out of here.’ Right? You walk in with a baby, and you come out without one. What happened to the baby, right? Something fucking happened.”

As to the “it’s not a baby yet” argument that pro-choice people will often present, Burr counters that his gut tells him the idea just makes no sense. He likens this to the concept of someone throwing out a cake mid-way through baking it in the oven.

“That would be like if I was making a cake and I poured some batter in a pan and I put it in the oven, and then five minutes later you came by and you grabbed the pan and you threw it across the floor,” he says. “And I went, ‘What the fuck! You just ruined my birthday cake.’ And then you’re like, ‘Well, that wasn’t a cake yet.’ It’s like, ‘Well, it would have been. If you didn’t do what you just did, there would have been a cake in 50 minutes. Something happened to that cake, you cake-murdering son of a bitch.’”

Watch: Bill Burr's Anti-Abortion Jokes May Be What Finally Get Him Cancelled (They're Also Hysterical) https://t.co/TMZQfK8Xbi pic.twitter.com/KzEghQOOsV

Burr’s special, which debuted on the streaming giant last week, also reportedly tackles a range of other left-wing sacred cows, from liberal white wokeism to feminist hypocrisy to cancel culture.

“Ladies, if you could just support the WNBA the way you support a fat chick that’s proud of her body, and is no longer a threat to you, that league would be doing better numbers than the NBA.”