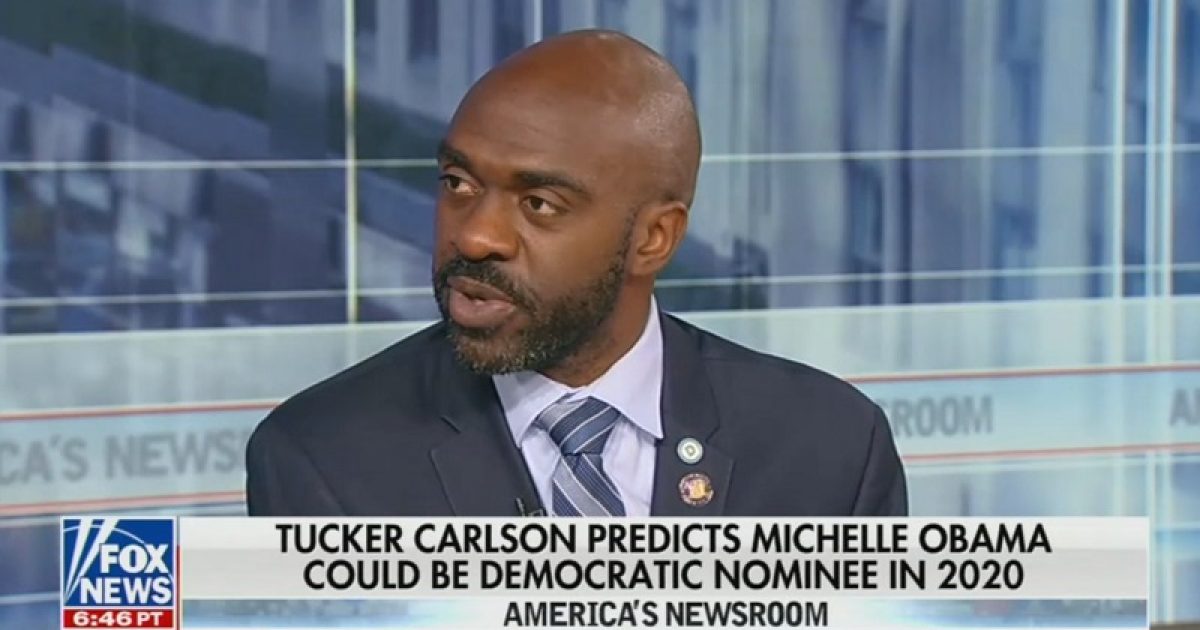 While appearing on Tuesday’s edition of Fox News’ America’s Newsroom, Michael Blake, vice chair of the Democratic National Committee, wondered why Tucker Carlson is still employed at the network.

He made his comment after being asked if former First Lady Michelle Obama would enter the 2020 White House race.

This was in response to a clip in which Carlson said the Democratic Party is “ripping itself apart over race and gender and class,” and Obama is “one of the only people who could unite the party’s warring factions.”

There’s more, according to a transcript posted by Newsbusters:

HEMMER: Do you think Michelle Obama will get in the race?

BLAKE: Not going to happen. He shouldn’t be on here at all.

So what was it that had Blake in an uproar? According to Newsbusters, it was this:

CARLSON: If you were to assemble a list, a hierarchy of concerns of problems this country faces, where would white supremacy be on the list? Right up there with Russia, probably. It’s actually not a real problem in America. The combined membership of every white supremacist organization in this country would be able to fit inside a college football stadium. I mean, seriously, this is a country where the average person is getting poorer, where the suicide rate is spiking — “white supremacy, that’s the problem” — this is a hoax. Just like the Russia hoax, it’s a conspiracy theory used to divide the country and keep a hold on power. That’s exactly what’s going on.

So, for expressing an opinion, Blake wants Carlson fired, proving that liberals do not support free speech — they simply reserve it for themselves.