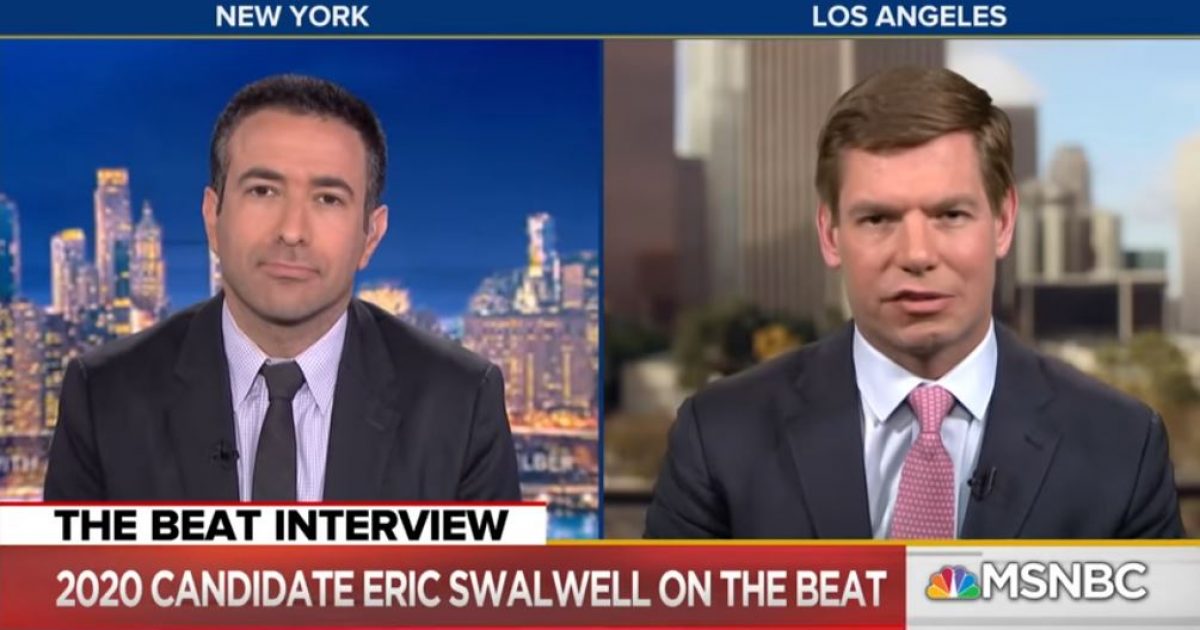 While appearing on MSNBC recently, Democrat White House hopeful Eric Swalwell maintained that President Trump colluded with Russia, despite all the evidence to the contrary. Host Ari Melber even played all the times Swalwell made his claims of collusion and asked if he still believes that with the release of the Mueller report.

Even though the Mueller report found no conspiracy between the 2016 Trump campaign and Russia, Swalwell claimed it revealed “evidence of collusion and coordination,” but not beyond a reasonable doubt.

“I think that he acts on Russia’s behalf and I challenge him to show me otherwise,” Swalwell said.

Translation: “I reject your reality and embrace my own.”

It’s not the first time the delusional California Democrat has rejected reality or fact, and chances are it won’t be the last.

Here’s video of the interview:

Swalwell’s campaign for the White House centers on a platform of gun control, which includes jailing law-abiding gun owners, trampling on the Constitution and conspiracy theories involving Trump and Russia.