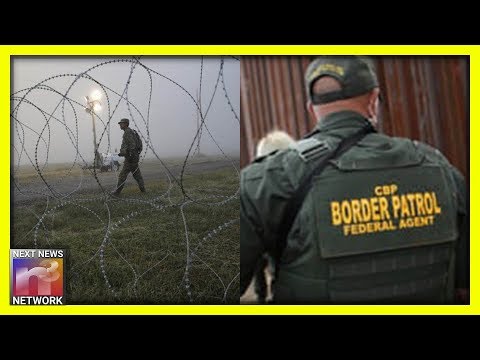 If you want to call America YOUR home, start playing by the rules and show some respect.

Here’s more from Kyle Olsen at The American Mirror:

Illegal aliens are growing more brazen on the border, and new video from the Mexican side shows migrants clashing with CBP agents late last week.

You are shooting, I want to speak with you!” a presumed migrant shouted at agents.

One person can be seen stumbling around, likely hit with tear gas.

“This is not their f*cking rules,” he announced as a taser could be heard.

“At about 4 a.m. today[Friday], a group of 47 undocumented individuals attempted to illegally enter the United States in three waves via the Pharr International Bridge. Ignoring commands to stop, the group suddenly rushed the temporary barricades, bent metal poles and disabled the concertina wire affixed to the barrier,” CBP said in a news release…

How many of you live in communities where hispanics are the majority?

I once worked at a local factory with a man named Saul, that had been here 30 years and could STILL not speak English.

I am not certain if he was legal or not, but to me that is disrespectful to America.

…not troublemakers who try to pick a fight with border guards.

Being a CBP agent is not an easy job.

They get crapped on by those trying to illegally invade our country AND by the liberals that call them evil for doing a thankless job.

The CBP is here to protect us and this nonsense must stop.