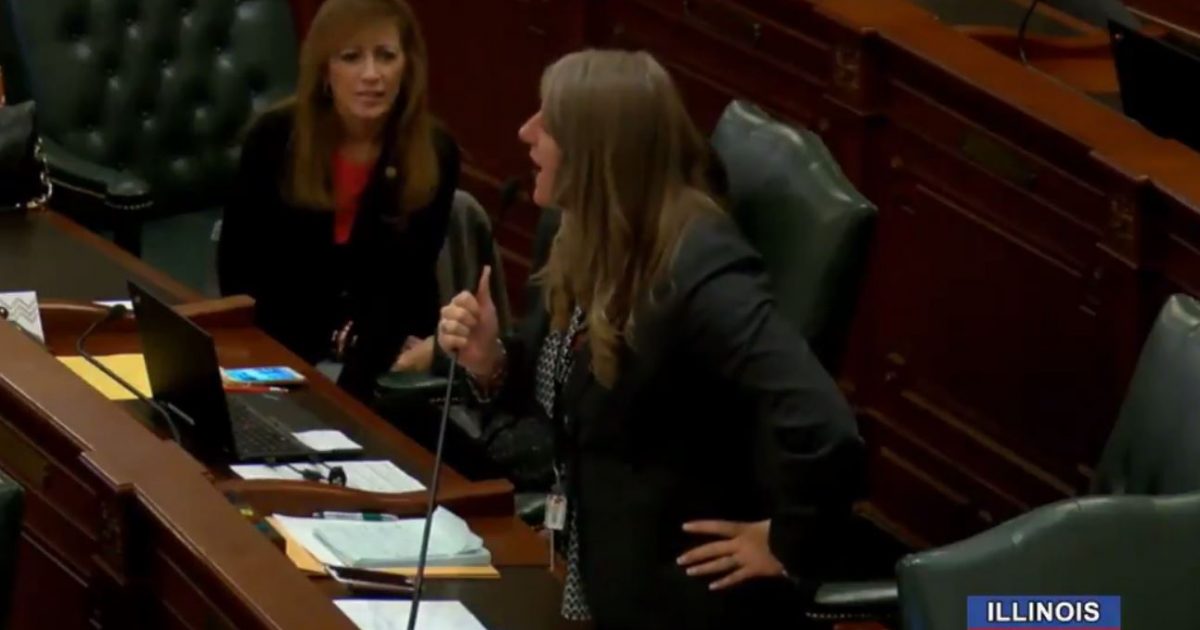 Liberalism, as I’ve said time and again since 2011, is an ideology of rage and hate. Moreover, liberals prove that assertion correct on just about any given day. Case in point: Illinois state Rep. Stephanie Kifowit, a Democrat, recently stated that she would like to see the “loved one” of GOP Rep. Peter Breen suffer and die from a “broth of Legionella” bacteria, Fox News reported Wednesday.

“To the representative from Lombard, I would like to make him a broth of Legionella and pump it into the water system of his loved one so that they can be infected, they can be mistreated, they can sit and suffer by getting aspirin instead of being properly treated and ultimately die,” she said during a heated debate.

Here’s video of her comments as posted to Twitter:

Republicans in the House today exploded in anger over the comments of @RepKifowit in which she spoke of Rep Peter Breen's family drinking a stew of Legionella bacteria. Kifowit said she was making a hypothetical comment, not actually wishing harm to Breen's family @ilgop SB-2481 pic.twitter.com/eF6bDOKYIs

The remark by state Rep. Stephanie Kifowit, directed at GOP Rep. Peter Breen, came amid a heated debate over a bill aimed at helping families of those who died or became sickened by a Legionnaires’ outbreak at a state-run veterans home.

The Republican had raised questions about the details and cost of the plan, which Republican Gov. Bruce Rauner had vetoed. It called for raising the cap on damages the state could pay in civil cases from $100,000 to $2 million, the Chicago Sun-Times reported.

“And, yes, we know the personal injury lawyers are going to make out like bandits, which they tend to do anytime they come to the General Assembly,” Breen said.

Rauner’s veto was overridden, Fox said, but the story doesn’t end there.

Kifowit later claimed that her comments were misinterpreted. Republicans, however, were outraged and demanded she resign.

“How dare you. How dare you concoct up some sort of story about brewing up some batch of Legionella and having him feed it to his family,” said Rep. Jeanne Ives, a Republican. “How dare you take the discussion and the debate about a very serious bill that has a huge cost consequence on both sides, both for the victim and the state taxpayers. How dare you take an honest debate about an issue and then wish death on my colleague Peter Breen, his wife and his two adopted kids.”

Contrary to @RepKifowit's "clarification," she literally wished death upon Rep. Peter Breen and his family. That is reprehensible. Kifowit must resign. #twill https://t.co/lc17a3m0zM

This, by the way, is the modern Democrat Party. Let that sink in.