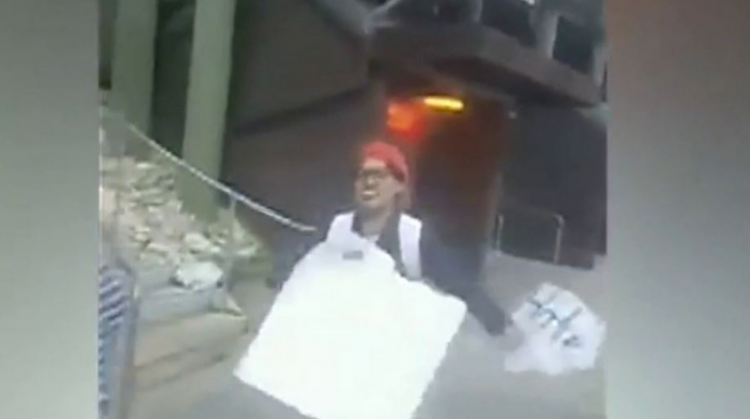 SPITS on American flag and calls it a symbol of “white supremacy”!

IN THE LATEST ACT OF VIOLENCE AGAINST CONSERVATIVES, PROTESTERS AT THE UNIVERSITY OF CALIFORNIA AT SANTA CRUZ RECENTLY SMASHED A COLLEGE REPUBLICANS INFORMATION TABLE, ACCORDING TO REPORTS.

A video posted on social media shows two protesters tearing up placards and ripping down signage – with one of them appearing to spit on a 13-star “Betsy Ross” American flag that is seen lying on the ground.

“I think this guy’s trying to assault me,” one protester says, laughing, as someone tries to grab an American flag away from him. The man attempting to take back the flag later falls to the ground during the struggle.

“Get a life!” those fighting off the protesters say at one point.

The video starts when the incident is already underway, so it’s not clear exactly how it began. But Dylan Temple, president of the College Republicans chapter at UC Santa Cruz, told The Post Millennial it began when one of the protesters grabbed one of the group’s flags.

Temple said he immediately reported the matter to campus police. Subsequent posts on social media gave a name for one of the protesters, but it was unclear if that person was charged with any crimes.

The Santa Cruz incident appeared to extend a recent wave of violence against Republicans and supporters of President Trump.