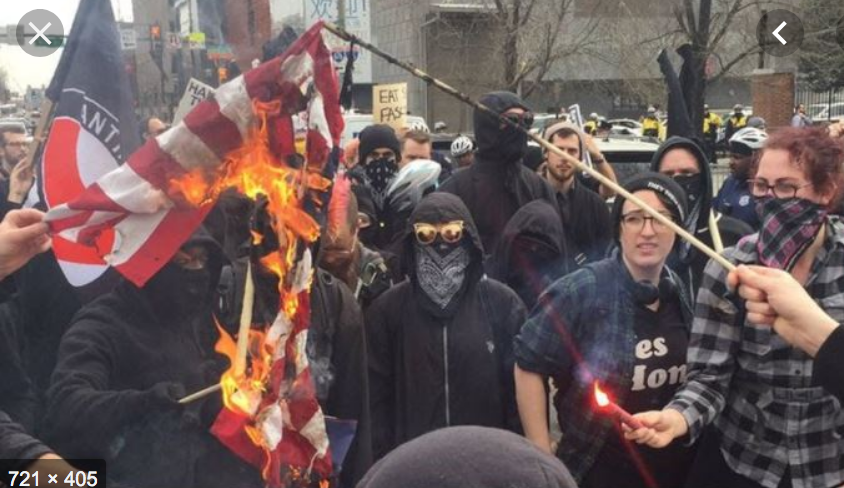 The left can incite, riot, kill even. It is sanctioned by a totalitarian elite. The beauty of the Trump presidency is he has exposed them all and unmasked the monstrous left, stripped them naked in all their horror before the American people.

Scroll down for video.

MSNBC GUEST ELIE MYSTAL: ‘I WANT PITCHFORKS AND TORCHES OUTSIDE’ TRUMP DONOR’S HOUSE IN THE HAMPTONS

THURSDAY ON MSNBC’S “ALL IN,” NETWORK REGULAR AND ABOVE THE LAW EXECUTIVE EDITOR ELIE MYSTAL CALLED FOR AGGRESSIVE PROTESTING OUTSIDE OF THE HOME OF STEPHEN ROSS, THE OWNER OF SOULCYCLE AND THE MIAMI DOLPHINS, FOR HOLDING A FUNDRAISER FOR PRESIDENT DONALD TRUMP.

Mystal said acknowledged the Hamptons were “very nice,” but indicated it didn’t have to be.

“People of color are already targets under this administration,” he said. “I have no problem with shining the light back on the donors who fund this kind of racialized hate. I mean, I go further. I want pitchforks and torches outside this man’s house in the Hamptons.”