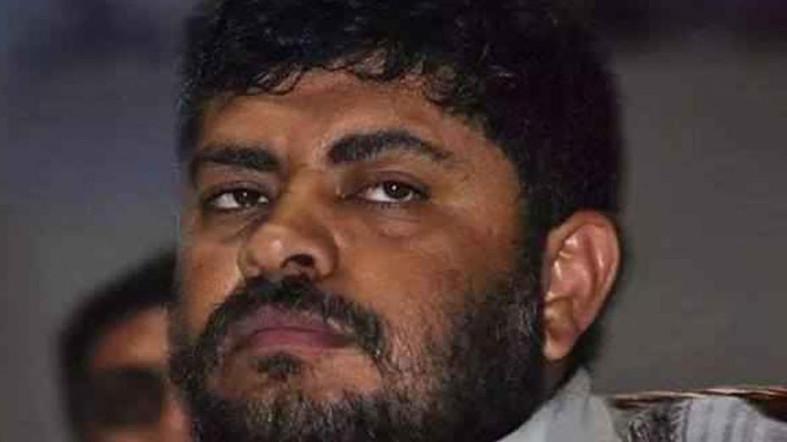 The left loves to throw words like Nazi at people who refuse to submit to their totalitarianism. Pure projection. Slaughterers and devout annihilationists are given a platform to spew their poison in mainstream media outlets. My colleagues and I? Never.

Less than two months after he was given prominent op-ed space in the Washington Post, a video has surfaced of Houthi rebel leader Mohammad Ali al-Houthi launching a shoulder-fired missile and then reciting the Houthi slogan, which calls for “Death to America.”

The Washington Post contributor chants, “Allah is the greatest. Death to America. Death to Israel. Curse the Jews. Victory to Islam.” He has also taken to his unverified but media– and think tank-cited Twitter account to repeat the infamous Houthi slogan.

Ali Shihabi, the founder of the Arabia Foundation, a Washington D.C.-based Middle East think tank, confirmed to Conservative Review that it is indeed al-Houthi in the video. Shihabi tells CR that it is “documentary evidence of the type of leader” that the Saudi-led coalition in Yemen is up against, whom “many critics have ignored.”

Other videos have surfaced showing Mr. al-Houthi traveling in a vehicle with very young male soldiers (the Houthi rebels draft child soldiers) while stationed at a mounted machine gun.

Muhammad al Houthi in another clip of interest. pic.twitter.com/oMskwVSZIZ

al-Houthi is the head of the Houthis’ Supreme Revolutionary Committee. He is described as “one of the most powerful men” in the Iran-backed rebel group.

On November 9, the radical extremist leader was given valuable space in the Washington Post’s Global Opinions section, edited by Karen Attiah, a passionate advocate for the controversial slain Saudi activist Jamal Khashoggi, who in his last days worked as a de facto asset to the Qatari and Turkish regimes.

The #WashingtonPost has been criticized for recently running an op-ed piece by al-Houthi on its pages.

Houthi leader Mohammed Ali al-Houthi: "The brutality of the Saudi regime was reflected in the murder of the journalist Jamal #Khashoggi. And it can be seen in the military escalation and airstrikes in Hodeida and other cities": https://t.co/pu7SDBRGHZ

After Jamal Khashoggi’s death, Attiah worked to turn the Global Opinions section into a space to pursue his pro-Islamist, anti-Saudi monarchy agenda.

In his last piece before his death, #Khashoggi wrote: The Saudi Arabian crown prince must also accept that the Houthis, the Islah (Sunni Islamists) and the southern separatists should play a future role in the governance of Yemen."https://t.co/FT1HaWepJA

In his Washington Post column, the Houthi radical claimed to want “peace for Yemen.”

“We love peace — the kind of honorable peace defended by our revolution’s leader, Abdulmalik al-Houthi. We are ready for peace, the peace of the brave. God willing, Yemenis will remain the callers of peace and lovers of peace,” al-Houthi wrote.

Of course, to al-Houthi, the road map to peace begins and ends with placing blame on all of the issues in Yemen squarely with the United Arab Emirates and Saudi Arabia. Nowhere in the piece did the Washington Post add a disclaimer or note the fact that the Houthis routinely commit war crimes.

The facts tell a story far removed from al-Houthi’s unchecked propaganda. The Houthis have become notorious for their ruthless behavior, which includes the systematic detention and torture of journalists and the forced recruitment of child soldiers. The UN’s World Food Program has recently alleged that the Houthis are to blame for stealing desperately needed aid meant for the people of Yemen, letting commanders like al-Houthi eat well while the group contributes to the ongoing famine and mass starvation inside the country.