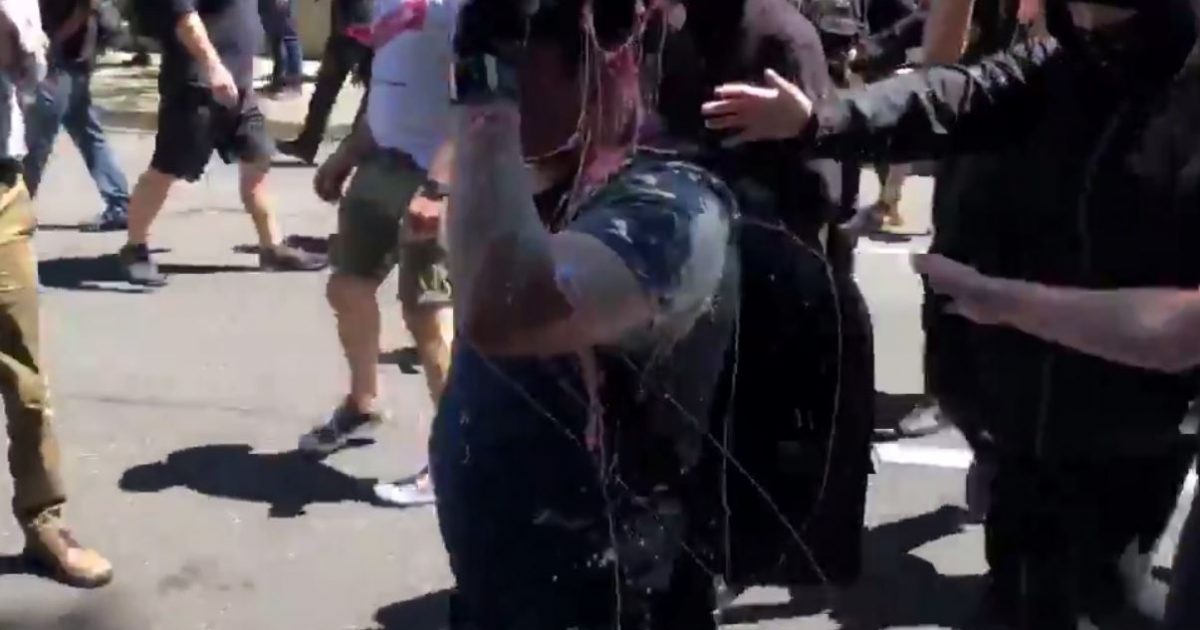 On Saturday, domestic terrorists with the violent Democrat-backed Antifa viciously attacked and robbed Quillette editor and journalist Andy Ngo in Portland, forcing him to go to the hospital. According to Ngo, he was beaten on the face and head multiple times with fists and weapons during a protest the group called “Community Self-Defense Against Proud-Boy Attack.”

He also said the terrorist thugs stole his camera equipment and police apparently did nothing whatsoever to prevent or stop the assault.

On Friday, he expressed concern about going to the Portland event.

I am nervous about tomorrow’s Portland antifa rally. They’re promising “physical confrontation” & have singled me out to be assaulted. I went on Tucker Carlson last year to explain why I think they’re doing this: They’re seeking meaning through violence. https://t.co/kpkESjsOmI pic.twitter.com/J45MMshyyK

Here’s one video of the vicious assault:

First skirmish I’ve seen. Didn’t see how this started, but @MrAndyNgo got roughed up. pic.twitter.com/hDkfQchRhG

Ngo posted additional tweets showing the aftermath of the attack.

And for those who think that Ngo was the target of a simple milkshake or two, think again. The Portland police tweeted that some of the shakes “contained quick-drying cement.”

The group is providing vegan shakes & is asking the public for donations. While their ads make no mention of violence, take note that the group is part of antifa. First heard of them when they ran physical training “workshops” in response to the gay hate crimes (hoax) panic. pic.twitter.com/qIdlrl4K5E

Remember, THIS is the modern left. In June, I opined that radical Democrats and their allies are deliberately pushing America to the brink of a second bloody civil war. How much more proof do we need before something is done to stop this domestic terrorist group?

Then consider this nugget of truth: