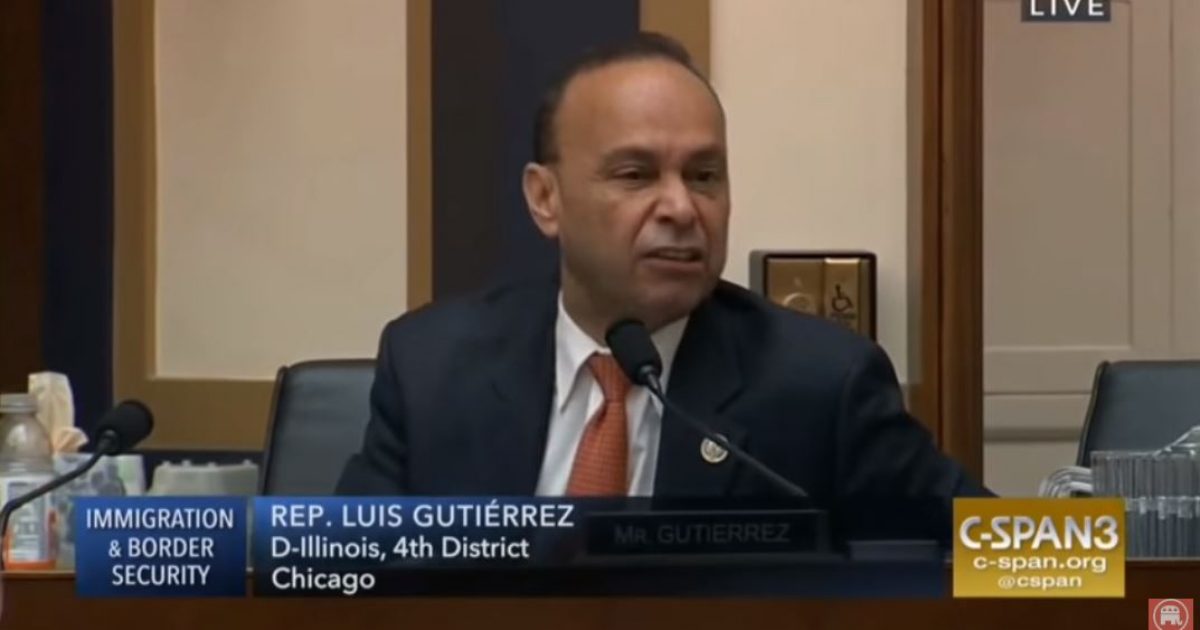 How do we replace every Congress member from New York, California, Florida, Illinois, and New Jersey? Not a single one of them represents the citizens of the United States. Case in point: Luis Gutierrez, the perpetually-angry Democrat representative from Illinois.

Ironic how Luis Gutiérrez talks about Jesus but then asks a question and walks out before he hears the answer… You know, just like Pilate.

This from the mouth of someone whose party, including himself, celebrate and fight tooth and nail to let unborn children be brutally murdered.

According to the Daily Wire:

Gutierrez then stormed out of the House Judiciary Committee hearing on immigration and border security after Department of Homeland Security (DHS) Secretary Kirstjen Nielsen attempted to respond to his baseless claim that she was a “liar.”

“It is repugnant to me, and astonishing to me, that during Christmas — I like to call them the holiday seasons to be inclusive, but during Christmas because the majority always wants to just call it Christmas — that during Christmas, a time in which we celebrate the birth of Jesus Christ, a Jesus Christ who had to flee for his life with Mary and Joseph, thank God there wasn’t a wall that stopped him from seeking refuge in Egypt,” Gutierrez said. “Thank God that wall wasn’t there, thank God there wasn’t any administration like this, or he would have to have perished on the 28th, on the Day of the Innocents, when Herod ordered the murder of every child under two years of age.”

Nielsen, by the way, didn’t cower like Republicans so often do and took Gutierrez to task for his lies and his childish behavior.

Jesus was born in a manger, lived to be a man, endured crucifixion for our sins, rose from the grave and ascended to Heaven. Nothing, and no one, including Satan, could prevent this from happening, because it was God's will and Jesus' choice.