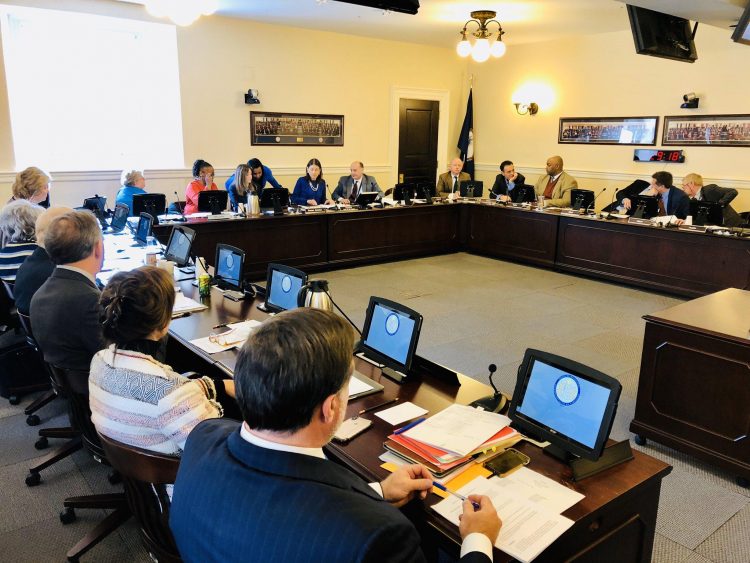 I must say that these legislators in Virginia are scared to death of the people they serve, but apparently, they aren’t scared enough as video of them conspiring to ram through banning guns at the Capitol and a legislative law officer building despite surprising their political counterparts with virtually no notice. This is nothing but ex post facto “law,” which is no law and beyond that, these people are knowingly violating the Constitution’s provision to protect the right to keep and bear arms without infringement, as well as their oath of office.

In other words, every single person that voted to advance this tyranny is a criminal and should be dealt with as such.

So, here’s the video courtesy of Brian at High Impact Flix, which is quickly becoming a favorite of mine.

“Our focus here is to keep everybody safe,” said House Speaker Eileen Filler-Corn. “These are policies and rules that should have passed a long, long time ago.”

No, safety has nothing to do with this. There is an agenda being advanced.

Sadly, Republicans weren’t that great at opposing this either. They are quite often the impotent, controlled opposition to the mask off Communist Democrats. They spoke softly of the lack of time, the “shoving it down our throats” and so on, but not one of them pointed out that these people are not elected to do any of that. They are elected to uphold their oath of office and protect the rights of the people, which includes protecting the right of the people to keep and bear arms.

The Democrats also sought to claim the new ban was recommended by police, but police should have no say so in this matter when it comes to the infringement of people’s rights. They too, are to uphold the laws that are written to protect us from tyrants like these in the video.

“I just have to say that this is something that’s been recommended by our Capitol Police. And I think there are times when we sort of have to trust what our law enforcement officers are telling us,” House Majority Leader Charniele Herring said.

No, what you need to do is tell them that you have zero authority to be banning guns anywhere, period.

I think they see the handwriting on the wall and it doesn’t look good for them.

In fact, with an overwhelming majority of counties in Virginia becoming Second Amendment Sanctuary Cities in rebellion against their tyranny, it seems these people can write all the words they want to write and they just are not going to be enforced.

Worse yet, they might find themselves literally tarred and feathered and run out of the state or worse if they choose to attempt to enforce their lawless “laws.”