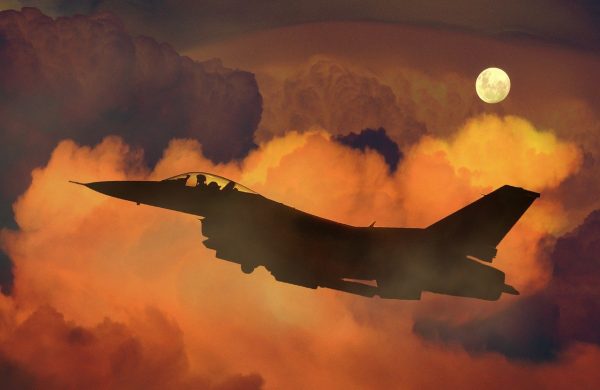 On Tuesday, terrorists in the Gaza Strip fired hundreds of rockets at Israel in retaliation for Israel’s targeted killing of the senior commander of Islamic Jihad in Gaza. Many of the rockets were intercepted by the Iron Dome defense system, but quite a few got through, and some even reached as far as Tel Aviv. Following those rocket attacks, Israeli tanks and aircraft pounded Islamic Jihad positions in the Gaza Strip, and Israeli officials are pledging to continue to respond to any additional attacks. Unfortunately, it certainly sounds like more attacks are coming. According to Islamic Jihad’s Secretary-General Ziad al-Nakhala, his organization is “going to war” with Israel. The following comes from the Times of Israel…

Israeli officials felt that they had no choice but to kill Baha Abu al-Ata once they had a clear opportunity to do so. According to Prime Minister Benjamin Netanyahu, he was an “archterrorist” and was “the main instigator of terrorism from the Gaza Strip”. The Israeli people are fed up with the endless rocket attacks, and so it makes sense that Israel would target the man that initiated so many of those attacks.

But to Islamic Jihad, Baha Abu al-Ata was a greatly beloved hero, and his death sent shockwaves throughout the entire Middle East. Once news of his death got out, terrorists in Gaza fired “more than 200 rockets into Israel”…

Islamic militants in the Gaza Strip sent a barrage of more than 200 rockets into Israel Tuesday and vowed further revenge after the Israeli military carried out a pair of targeted airstrikes on senior Islamic Jihad commanders, killing one in Gaza and missing the second in Syria.

An Israeli airstrike killed Baha Abu al-Ata, 42, and his wife as they slept in their home in eastern Gaza Tuesday, Israel Defense Forces (IDF) spokesman Lt. Col. Jonathan Conricus, said. Conricus added that Abu al-Ata was responsible for a number of recent rocket attacks on southern Israel and claimed he was actively planning new attacks.

An IDF spokesperson stated: “A short while ago, IDF tanks targeted three PIJ military posts in the Gaza Strip.”

The Israeli Air Force has also bombed numerous Islamic Jihad targets in Gaza in response to the firing of dozens of rockets by the terrorist organization.

And IDF spokesperson Hidai Zilberman told the press that the Israelis are “prepared for several days of battle” if it comes to that.

We shall see what happens, but it appears that we may be looking at a conflict that will last a whole lot longer that just a few days.

Islamic Jihad is promising a campaign of revenge that will “have no borders”, and it is being reported that Israel’s enemies are considering “opening a second or third front in the north”…

DEBKAfile’s sources report that when Israel’s security cabinet was convening in Tel Aviv on Tuesday morning, so too were senior officials in Tehran, Damascus and Beirut. They were discussing whether to punish Israel by opening a second or third front in the north.

The Palestinian Jihad also maintains armed forces in Syria and Lebanon, who may be conscripted in both countries for strikes against northern and central Israel in solidarity with their brothers in Gaza. The Gaza headquarters initially reacted to the death of its leader by announcing that their retaliation “would have no borders.” Then, after firing some 50 rockets, Jihad stated that as yet “unprecedented retaliation” was still to come, suggesting that Israel faced attacks from additional borders.

Of course every time Israel’s enemies escalate the conflict, Israel is going to hit back even harder.

And if this conflict escalates enough, it could pull in the Iranians and all of their close allies in the region. In recent years, Islamic Jihad has actually forged very close ties with Tehran. The following comes from the Jerusalem Post…

PIJ is important for Iran because Tehran’s regime often argues that it is the center of “resistance” against Israel and the US. In order to weave a narrative of “resistance,” it must show that it is actually doing something against Israel. Since Iran doesn’t like to sacrifice its own Islamic Revolutionary Guard Corps members, it works through other groups. In Lebanon it supplies Hezbollah with precision guidance for its rocket arsenal; in Gaza it has relations with PIJ and also with Hamas.

At some point, Israel will find itself fighting against Islamic Jihad, Hamas, Hezbollah and Iran all at the same time.

Could it be possible that we are right on the precipice of that war?

Without a doubt, many on both sides of the conflict are eager to achieve final victory. For example, on Tuesday one activist group in Israel was openly calling for war with Hamas…

The group’s activists were seen hanging signs around the country reading, “Bibi – Give Us The Order!”

“The time has come for Israel to achieve victory over Hamas and all the terror organizations in Gaza,” said Im Tirtzu CEO Matan Peleg. “Peace is made with defeated enemies, and that’s the only way to restore quiet to the south. Today’s assassination of a senior Gazan terrorist was a step in the right direction, and now we need to take the next step and defeat the terror in Gaza once and for all.”

If rockets were constantly being fired at my family and friends, I think that my patience would be gone too.

There simply is not going to be lasting peace in the region as long as the status quo exists. Islamic Jihad, Hamas, Hezbollah and the Iranian government have all pledged to permanently wipe Israel off the map, and the Israelis are going to respond to every attack against them by hitting back extremely hard.

Whether it happens today, tomorrow or at some future time, the truth is that a major war is coming to the Middle East.

And once that war happens, none of our lives will ever be the same again.