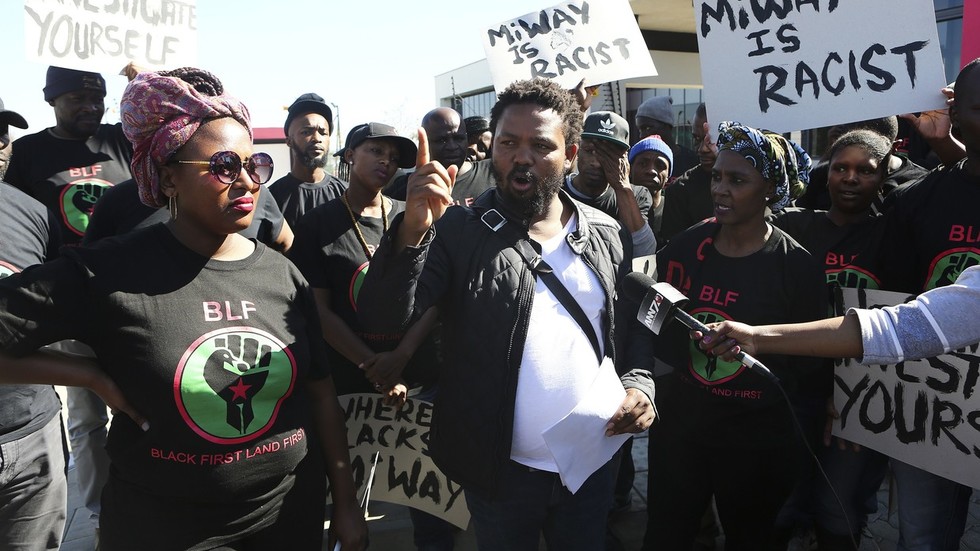 South Africans are outraged after a recent speech by a local revolutionary socialist politician who called upon his followers to kill white people, including women, children, and even pets owned by whites.

Speaking at a rally in the city of Potchefstroom over the weekend he promised that “for every one black person we will kill five white people.” The politician was apparently referring to the infamous decades-long taxi wars in the country between taxi associations and individual minibus taxi drivers.

The furious speech didn’t go unnoticed by the general public or social media who called his remarks an incitement to white genocide.

What are you going to do about Andile Mngxitama? If you do nothing over that call for genocide of the minority, then you are not a HRC, then you are an accomplice

Inciting a crowd to commit genocide.

Mngxitama was bombarded with accusations of hate speech. The South African Human Rights Commission (SAHRC) is set to take the case to the Equality Court. These statements “damage social cohesion” and “undermine national unity in this country,” the watchdog said on Thursday.

The Democratic Alliance (DA) and the Congress of the People (Cope) are also accusing Mngxitama of hate speech and incitement to violence.

His Twitter account has been suspended, which was praised by a number of users, saying they “will not tolerate racists in South Africa.”

Mngxitama defended his comments by saying that they were taken out of context. He insisted that it was a response to billionaire entrepreneur Johann Rupert who is closely linked to one of the taxi associations and claims to have his own army. “Only a fool would not know that Rupert is saying anyone who affects his interests negatively will be subjected to taxi owners’ violence,” Mngxitama said.

Yet, some on social media came out in support of Mngxitama, saying that black people should be protected.

Mngxitama is one of the backers of the controversial land reform which aims to take property and farmland away from white owners without compensation and redistribute it among the black population.