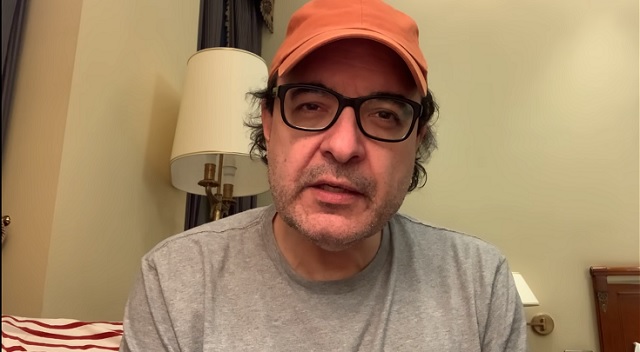 A Westerner stuck in a hotel in Kiev is going viral for claiming that Russia is decisively winning the war and the media’s reporting is pure propaganda.

Writer Gonzalo Lira, who goes by Coach Red Pill, says that while Ukraine may be winning the propaganda war, Russia is winning the actual war.

Lira’s arguments are backed up by reports indicating Russia has seized at least around 15 percent of the country in just four days.

Other maps are far worse:

As Lira noted, Ukraine’s comedian president Volodymyr Zelensky would not be conscripting child soldiers and grandfathers on day four if the Ukrainian military was actually holding its own.

Zelensky would not be handing out AK74s to anyone who wants them (including criminals) and telling women to turn themselves into enemy combatants by throwing Molotovs at trained Russian soldiers if they were winning.

Zelensky is trying to get Ukrainian civilians killed for propaganda purposes in order to drag the US and Europe into the war.