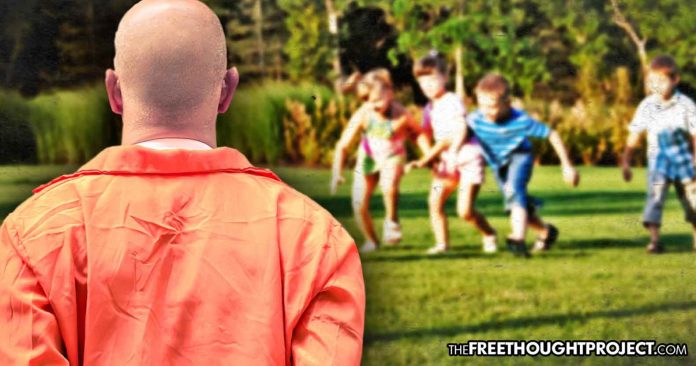 Outrage is erupting among government officials and parents as a decision has been announced to house sex offenders in an ‘open prison,’ with no fence, right by a children’s school. Even the police chief is speaking out about the decision, noting that it is a “serious concern.”

Students at Appleton Thorn Primary School in Cheshire, UK will soon start seeing an influx of child molesters and rapists moving in next door as the Ministry of Justice begins relocating sex offenders as part of a new program.

The announcement was received with outrage by Cheshire Police and Crime Commissioner David Keane who called an urgent meeting to address this incredibly poor decision.

Last week, Keane released the following statement in regard to the move.

“I was made aware of the government’s decision to authorise HMP Thorn Cross to accept category D men convicted of sexual offences by the end of the year yesterday afternoon via a verbal update from the prison. I subsequently received a letter from Her Majesty’s Prison and Probation Service (HMPPS) to inform me of this change.

“I haven’t been consulted regarding this decision; a decision which will have obvious implications for the local community. I have written to the government requesting an urgent meeting to discuss why this prison has been chosen, especially considering its proximity to local housing and with it being situated directly opposite a primary school.

“As the elected representative for the people of Cheshire for criminal justice, this decision causes me serious concern, and I have requested that the Minister responsible comes to Warrington to address local residents and community representatives directly, prior to any further implementation of this decision.”

On top of the fact that the prison full of sex offenders will be located only a few hundred feet from the school, it is also in the middle of a neighborhood.

As ITV reports, the Ministry of Justice explained the move was a result of more convicted sex offenders going to prison under the present government.

A spokesperson from UK’s Prison Service explained in a statement that because there are more sex offenders, they need more room to house them. She then assured the public they had nothing to worry about because the rapists and child molesters will be screened before being relocated next to a school full of vulnerable children.

“Under this Government more sex offenders are being convicted and going to prison, and spending longer there,” the statement read.

The spokesperson said that the Prison Service needs to “test” these men in an open setting and apparently, an elementary school is the proving ground for these tests.

“The ability to test men in open conditions as they approach the end of their sentence is a critical step in this.”

“Anyone who is transferred to open conditions must pass a strict risk-assessment and can be recalled to tougher closed conditions at the first sign of any concern.”

As to what happens if these men fail this test, the ministry is remaining silent.

As the Free Thought Project reported earlier this year, a jaw-dropping independent investigation has revealed that hundreds of children, some as young as 11-years-old, are estimated to have been drugged, beaten, and raped over the last several decades in a single town. According to the investigation, the abuse was allowed and is continued to be allowed because authorities look the other way.

For decades police have not only looked the other way as a massive child sex trafficking ring grew in their backyard but they also attempted to claim that “in most cases the sex is consensual.”

Countless victims and former victims have come forward detailing their abuse and the current abuse taking place in the British town of Telford. Despite hundreds of testimonies and graphic details, police have failed to act as they hide behind the idea that a child can somehow consent to sex with an adult.

Hopefully, the children in this school don’t find themselves in a similar situation to those in Telford.