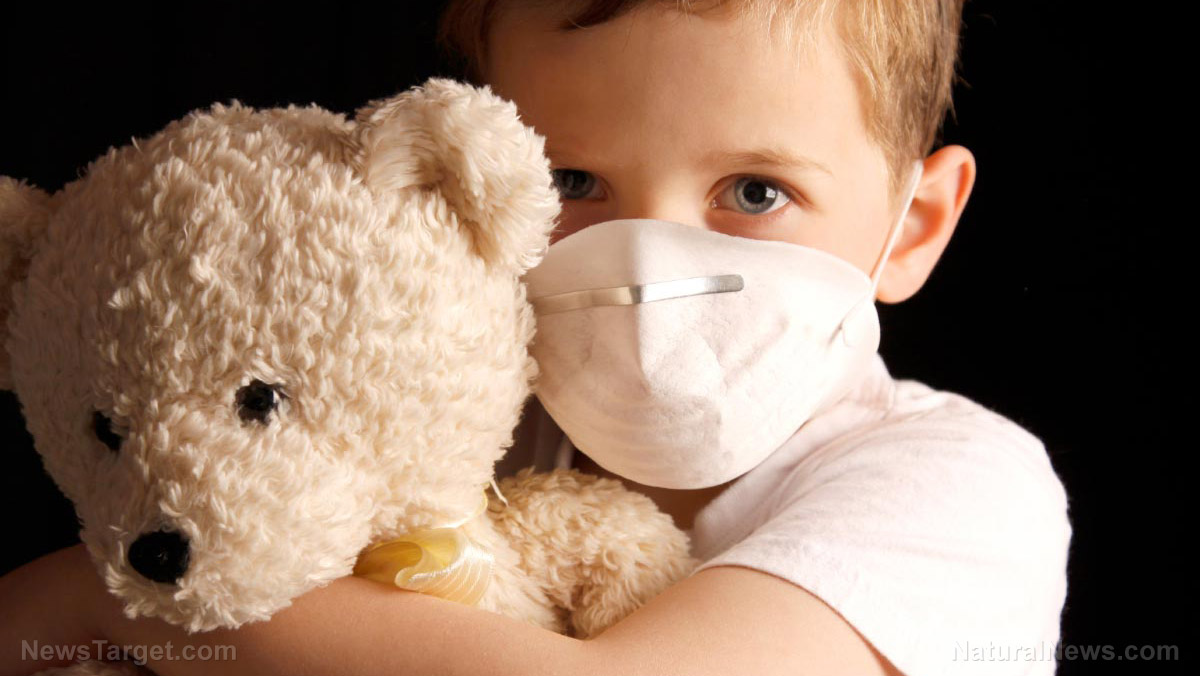 While health officials say they “don’t know” what’s causing the outbreak of polio-like symptoms in children, there are a few potential causes that are going unreported: Vaccines, migration and exposure to toxins are all potential vectors of disease — but saying so isn’t “politically correct.” Scientists have long-since known that the oral polio vaccine can (and does) cause polio-like symptoms.

Further, the CDC’s own page on AFM notes that environmental toxins are another potential cause. The toxicity of agrochemicals like glyphosate, atrazine and other pesticides is well-documented, yet instead of addressing these issues, the CDC and the mainstream media are simply doubling down on their pro-vaccine rhetoric.

Ironically, the CDC itself is claiming that these AFM cases are not the polio virus, yet states that staying “up-to-date on your vaccines” will somehow help prevent this “mysterious” illness.

What is AFM, and why would it be caused by vaccines?

AFM is a polio-like syndrome that’s characterized by muscle weakness and paralysis. It is considered a neurological condition, which has degenerative effects on the central nervous system — specifically, the spinal cord.

So far, it has predominantly been affecting children and CDC officials say they do not know what is causing the uptick in AFM. “We don’t know what caused the increase in AFM cases starting in 2014,” the federal agency’s website states.

According to NBC, doctors say, “the pattern of the reported cases strongly points to a virus.” Experts reportedly say that the primary suspect is a distant relative of polio called enterovirus D68 or EV-D68.

But, are doctors neglecting the fact that the polio vaccine causes more cases of disease than wild polio? In 2017, NPR reported that vaccine-derived polio-like illness was far more common than wild polio.

“These cases look remarkably similar to regular polio. But laboratory tests show they’re caused by remnants of the oral polio vaccine that have gotten loose in the environment, mutated and regained their ability to paralyze unvaccinated children,” Jason Beaubien writes for NPR.

Raul Andino, a professor of microbiology at the University of California at San Francisco,told NPR, “We discovered there’s only a few [mutations] that have to happen and they happen rather quickly in the first month or two post-vaccination. As the virus starts circulating in the community, it acquires further mutations that make it basically indistinguishable from the wild-type virus. It’s polio in terms of virulence and in terms of how the virus spreads.”

Who is to say that this new “polio-like” illness is not the result of an unanticipated mutation? As NPR notes, the oral polio vaccine (the main driver of vaccine-derived polio) is still used in many countries around the world.

This is one way in which mass migration could be fueling the AFM epidemic: People who are vaccinated with the oral polio vaccine and then migrate to the U.S. could very well be spreading disease. Illegal immigration has long been indicated as a potential vector of disease for an array of reasons.

While officials are saying EV-D68 is a potential cause of AFM, sources say that just two of the initial 23 patients with AFM tested positive for EV-D68. If this virus was a driving force in AFM, one would expect more patients to test positive for it.

Scientists have yet to find a common thread in the onset of AFM among all patients, yet the left-wing media is bent on blaming some enterovirus that has apparently appeared in our environment out of thin air.

Could it be environmental toxins?

Another potential cause of the AFM outbreak is simple: Exposure to toxins. Whether we recognize it or not, pesticides, herbicides, chemical fertilizers and other noxious compounds have become a fixture of our environment. Whether we are talking about DDT, glyphosate, or something else entirely, it seems as though our “health officials” have forgotten that these chemicals we are spraying on the food we eat (and into the air we breathe) are ultimately poisons.

Through this intellectually paralyzing atmosphere, Dr. Biskind had the composure to argue what he thought was the most obvious explanation for the polio epidemic: Central nervous system diseases (CNS) such as polio are actually the physiological and symptomatic manifestations of the ongoing government- and industry-sponsored inundation of the world’s populace with central nervous system poisons.

It would seem self-evident that neurotoxins are cause enough for a neurological problem like AFM. And surely, the country’s best and brightest scientists are aware of this fact. Moreover, this outbreak of AFM reportedly began in 2014 — nearly four years ago. Does anyone really believe that after four years, the CDC still has “no idea” what is causing this problem?

When Brazil’s microcephaly crisis hit the world’s stage in 2016, CDC officials were almost immediately certain that it was caused by the Zika virus. It was later revealed, however, that this was a sham intended to cover-up the fact that the government had dumped a toxic larvacide into local water supplies.

The federal government may never reveal the true cause of this AFM outbreak to the public, but the CDC will probably come up with a vaccine for EV-D68 anyways.