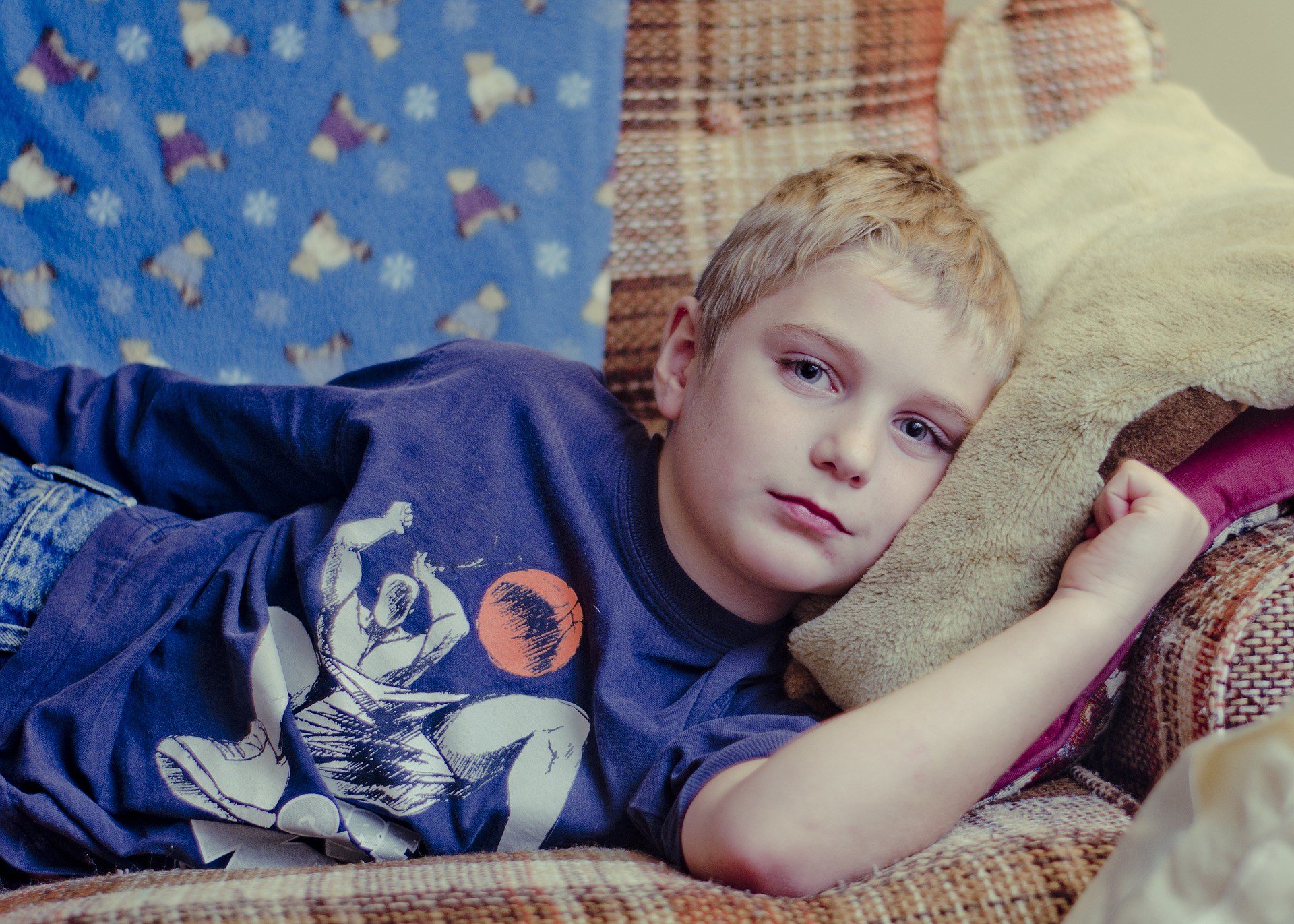 In February, Arizona police officers broke down the door of a private home with their guns drawn. They weren’t there to rescue a hostage. They were serving a court order against parents who declined to take their child to the hospital for a fever, and they left with three children now claimed by the state.

The State Wields Its Authority

According to a report by the Arizona Republic, earlier that day, a doctor at a naturopathic clinic in Chandler, Arizona, recommended the mother take her two-year-old son—who had a temperature of 100 degrees and is unvaccinated—to Banner Cardon Children’s Hospital emergency room in Mesa, Arizona. Court documents filed this month say the doctor called the hospital to explain the situation, expressing concern the child could have meningitis. The physicians at the hospital agreed.

The mother declined to go to the hospital, later calling the doctor’s office to report that the fever was subsiding. She also expressed concern that she could run into trouble with the Department of Child Services (DCS) because her child is unvaccinated. The doctor reportedly assured her she would not face punitive measures, and the mother agreed to take the child to the hospital. But several hours later, the hospital contacted the doctor saying the mother and her child never showed. The mother was not answering her phone.

The naturopathic doctor contacted DCS, and a caseworker asked the Chandler Police to conduct a wellness check on the child. Two officers were dispatched to the home, and the caseworker also headed over.

According to a police report of the incident as reported by the Arizona Republic, the police knocked on the door, but no one answered. A neighbor, who said the mother in question was “a good mother” called the family’s home to alert them to the police outside. When the case officer arrived, they called the doctor, who maintained her belief the child needed to be taken to the emergency room. Eventually, the father called the police department to get in touch with the officers, telling law enforcement the child’s fever had broken, and he did not need emergency care.

After this refusal to let police enter the home, the DCS caseworker obtained a “temporary custody notice,” authorized by a judge, to remove the child and provide him with emergency medical attention. The police report says officers knocked again, and after receiving no answer, broke down the door, where they found another sick child who had thrown up in her bed.

Police handcuffed the father but did not arrest either parent. Instead, they took all three children to the hospital and seized custody.

“I know people have the right not to let the police into their home,” the father later said, also claiming he and the children’s mother were in the back of the house and did not hear officers’ knocks. “But if the caseworker had called me or knocked, and shown me their warrant, I would’ve let them in.”

The children were still in state custody at a hearing earlier this month and had been separated from each other. During that hearing, the parents were required to undergo psychological evaluations, and the judge refused to allow the children to stay with their grandparents until they had undergone a home safety check.

Reform Is Not Enough

The Arizona Republic notes the swiftly-issued court order and subsequent child confiscation occurred despite the enactment of a law in July of last year that attempted to reform the state’s Department of Child Services’ practices.

Though horror stories about child services and foster care systems are pervasive around the country, Arizona has received particular scrutiny; in a six-month period between 2017 and 2018, 4,600 children were placed in foster care in the state. Amid several lawsuits challenging the warrantless removal of children from their homes—including one case alleging a young girl was placed in a foster home with a sex offender and abused for 12 years—both DCS and lawmakers signaled their willingness to require court orders to take children away from their parents. The move followed a 2016 ruling by the 9th US Circuit Court of Appeals that held that removing children from a parent’s home without court approval violates parents’ constitutional rights.

While the number of child removals has declined, the new law did not protect the parents in the February incident, and their children remain stuck in the system. It appears part of the reason for this is their refusal to comply with the government agency. According to the Arizona Republic, a state attorney argued in the parents’ court hearing that “the children shouldn’t be returned to their parents yet because they’d been hostile to DCS workers and weren’t cooperating.” This reflects a potentially dangerous mentality where state agencies and employees presume to have greater authority over children than their own parents and withhold children because of perceived noncompliance with their state-derived power.

State Rep. Kelly Townsend, who worked on the 2018 legislation to require a court order for child confiscations, expressed concern about the incident. “It was not the intent (of the law) that the level of force after obtaining a warrant was to bring in a SWAT team,” she said. “The imagery is horrifying. What has our country become that we can tear down the doorway of a family who has a child with a high fever that disagrees with their doctor?”

Townsend also worried the parents’ decision not to vaccinate their child may have factored into the decision despite the state’s policy, which allows personal, religious, and medical exemptions. “I think if DCS decides to use this as a factor they would be violating a parent’s right to have a personal exemption, a religious exemption and perhaps a medical exemption,” she said.

Aside from the controversial issue of vaccines, child welfare agencies around the country have seized children after their parents disagreed with the recommendations of doctors. Last year in Minnesota, more than 1,200 parents filed a request in a federal court to shut down the state’s child protection agency. One of those parents was Amanda Weber, who claimed police arrived at her home two days after she took her son to the hospital for a cough and, against doctors’ advice, opted to take him home. The police took her son to a doctor, and she was left navigating the court system for months to get him back.

The growing tendency of state agencies to claim authority over how parents take care of their children is unsettling. While there are certainly instances where children are at serious risk in their parents’ homes, the broad strokes of oversight these departments are imposing raises constitutional questions about due process, as well as the well-being of children taken from their families and often placed in potentially dangerous foster homes where abuse is common. Though the intentions of programs like these may be good, their outcomes can have harmful effects on the vulnerable people they seek to help.

As the Arizona father said in a statement:

We have been through a very traumatic experience with our encounter with DCS. We would like other parents out there to know and realize the amount of power DCS has over the welfare of your children.

The Problem of State Paternalism

As FEE has explained:

State paternalism operates under the guise of protecting people from themselves using government power; but it always ends in the destruction of liberty, responsibility, and solidarity.

Aside from the moral assault of having this “nanny state” controlling even small aspects of our lives, these policies rarely yield the desired outcome they were created to achieve…

Where does this power of the state end? Who is going to protect us from this state’s paternalistic desire?

These are important questions. And it bears asking: Have state efforts to protect families from themselves become a more serious threat than the supposed dangers families pose to themselves?

Carey Wedler is a video blogger and Senior Editor for Anti-Media.