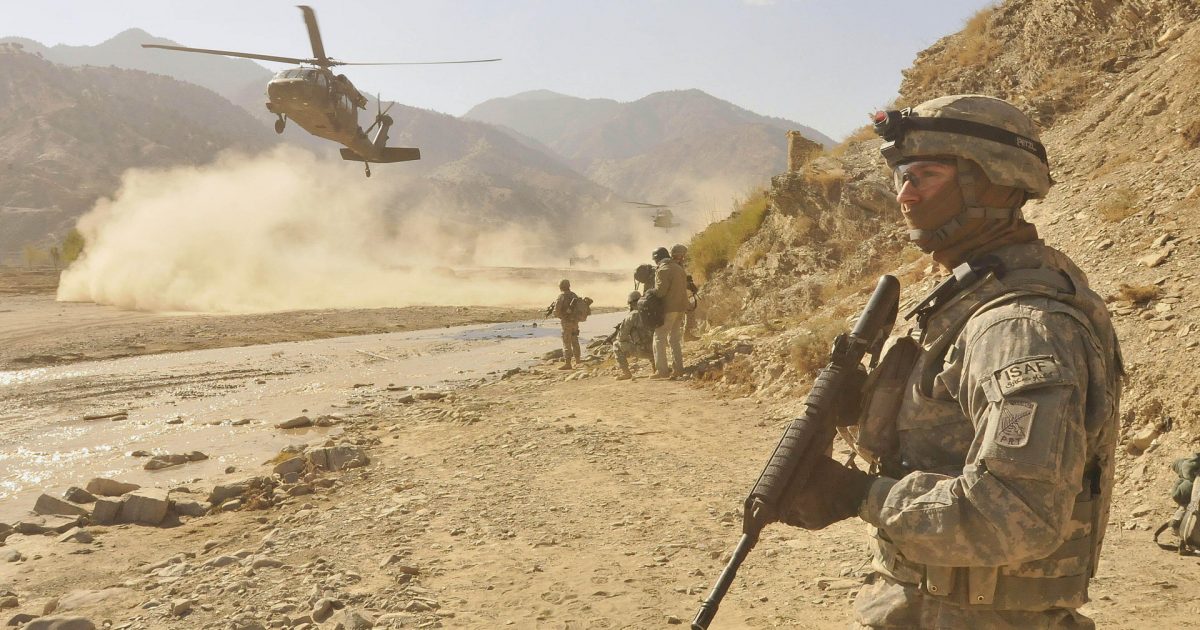 Afghanistan has become little more than an afterthought for many of us. It barely registers on a list of people’s concerns anymore, and I must admit, that most of the time, this includes me.

But I read a short piece just yesterday about 200 soldiers returning to Fort Campbell, Kentucky, from Afghanistan. They were assigned to 2nd Battalion, 44th Air Defense Artillery Regiment, 101st Airborne Division. They have been serving in Afghanistan for nine months, providing counter-rocket, artillery and mortar coverage to Afghan forces.

And lest you think this may be part of a draw-down of forces, think again. They are being replaced by the 1st Infantry Armored Division Sustainment Brigade out of Fort Bliss, Texas.

This again brought to the forefront, a question I’ve been asking for years – why? We are heading into our 18th year of this – to what end?

As a former member of the military, I know why we fight – I know why we volunteer. At least I know why I did. We do so out of a sense of patriotism. It is an honor to serve. But as a civilian, many years removed from service, I can sit back and question the rationale of this never-ending conflict.

So let’s be honest. Isn’t it high time we admit that the undeclared war in Afghanistan is unwinnable? We have a better chance of converting Nancy Pelosi and Chuck Schumer to Constitutional conservatism than prevailing in Afghanistan.

I have friends in various branches of the military and frankly, I don’t want to see another sent over there to die or be dismembered. How many more years will it take before someone in charge comes to their senses and admits to this folly?

I thought it would have been president Trump, who in 2013 tweeted, “Let’s get out – our troops are being killed – we waste billions there,” but that doesn’t look like it’s going to happen.

In May of 2017, then White House Press Secretary Sean Spicer said the President’s goal is “reducing the threat, especially when it comes to ISIS and the Taliban.”

I’m sorry, but you go to war to win, not to temporarily reduce a threat.

Now, I get why President George W. Bush went into Afghanistan. In October 2001, the stated goal was to stamp out Afghanistan’s Islamic fundamentalist Taliban regime, which had aided and abetted al-Qaida and its leader, Osama bin Laden.

There was actionable intelligence that bin Laden was there – so strikes went on for about a year and a half. It was then, in March of 2003, that Bush announced an escalation with the start of the war in Iraq.

Regardless of the reasons put forth, the real reason for attacks in both countries was the nation sandwiched between them – Iran. The Bush administration was convinced that they could defeat both the Taliban and Saddam Hussein, after which, they could magically democratize both nations. In other words – nation build – which always works so well.

Seeing the miraculous success on both sides, this would compel the oppressed citizens of Iran to rise up and throw off the fundamentalist Iranian regime. And that worked as well as did the Arab Spring.

The region would then become the next enclave of great Jeffersonian republics. By cutting off the head of the Iranian snake, the region would live, terror-free and happily ever after.

As anyone can see, 18 years in, we’ve had little sustainable success, in either theater. In fact, by toppling Saddam, we made it worse. As bad as Saddam was, what we ended up with is far worse. We simply created a power vacuum and further emboldened Iran.

In my opinion, the only way to declare victory in Afghanistan is to redefine what victory means.<

As far as I can see we have three choices. We can just pack up, pick up and leave – allowing the tribes of Afghanistan to either solve or make worse the problem. We could install our own version of a brutal, bloodthirsty Dictator, give him the money and military backing he will need to squash all comers and hope he doesn’t eventually set his sights on us or our allies. Or we can decide that Afghanistan will be the next Korean DMZ, and dispatch a many thousand strong permanent force to kind of keep a lid on things – which is what we are effectively doing now. And when I say permanent, I mean permanent.

After all these years our “leaders,” I believe, still have not figured out that the Islamists are working on a different calendar than are we. Americans are impatient – Islamists are anything but. When we describe 18 years as our longest “war,” the Islamists laugh. To them, 18 years is the blink of an eye.

They are patient if nothing else. No matter how long we stay – they’ll have a plan to move in the minute we leave. They’ve been doing this tribal dance for centuries – long before America was even founded. Whether it is a year or two decades from now – it matters little to them in the long haul.

What I’m saying is that Afghanistan is unwinnable. Sooner or later, we’re going to conclude this and eventually pull out. Doing it later than sooner will not change the outcome.