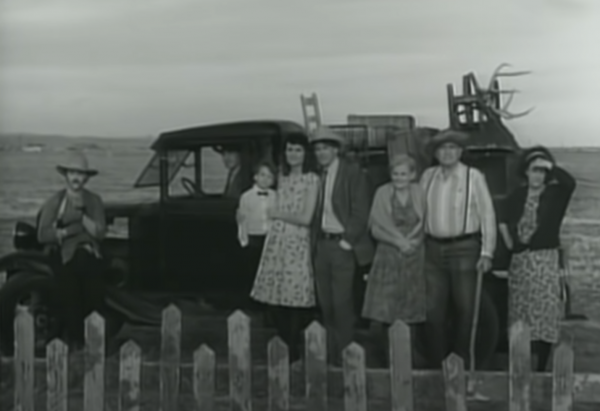 This might be a tad better than the proverbial “40 acres and a Mule”… tucked deep within the $1.9 trillion COVID stimulus bill rests an estimated $4 billion in debt relief exclusively for minority farmers.

Whitey need not apply for the aid/debt relief, as the “USDA would be obligated to pay 120% of the amount due on loans made directly to minority farmers or by private lenders through USDA loan guarantee programs. The additional 20% would cover taxes associated with debt relief.”

Racial socialism is upon us. [BIDEN TO SIGN BILL WITH $4 BILLION IN DEBT RELIEF FOR MINORITY FARMERS, Agriculture.com, March 11, 2021]

With Republicans complaining of discrimination against white farmers, the House passed a coronavirus relief bill on Wednesday that would provide an estimated $4 billion in debt relief for socially disadvantaged farmers. The financial assistance comes at the end of a generation-long campaign dating from the so-called Pigford settlement of 1999, in which the USDA acknowledged decades of bias against Black farmers in its farm loan and other assistance programs.

President Biden said he would sign the $1.9 trillion coronavirus bill on Friday at the White House. Agriculture Secretary Tom Vilsack said the package, which includes $16 billion in public nutrition and agricultural aid, “provides historic debt relief to Black, Indigenous, Hispanic, and other farmers of color who for generations have struggled to fully succeed due to systemic discrimination and a cycle of debt. We cannot ignore the pain and suffering that this pandemic has wrought in communities of color.”

Debt relief and a related $1 billion to improve access to land, resolve “heirs property” issues, and provide legal aid to socially disadvantaged farmers was the largest component of the food and agriculture portion of the bill. The USDA would be obligated to pay 120% of the amount due on loans made directly to minority farmers or by private lenders through USDA loan guarantee programs. The additional 20% would cover taxes associated with debt relief, said proponents.

House Agriculture Committee chairman David Scott said the aid was justified because of the oppression Black farmers had endured. “It is important for you to know that our Black farmers were not included in the other pieces,” he said, referring to pandemic relief bills that sent $23 billion to farmers last year, almost exclusively to whites. “So we got them $4 billion just to help them.”

Republican Reps. Glenn Grothman of Wisconsin and Andrew Clyde of Georgia said it was divisive and possibly illegal to focus on socially disadvantaged farmers. “We are going to have loan forgiveness on farms based on ethnicity,” said Grothman.

“I will highlight the racist socially disadvantaged farmers provision,” said Clyde. “This should be a clear violation of the Civil Rights Act of 1964, and I call on the Department of Justice to investigate it if it becomes law. … Federal aid dollars should be color-blind.”

Representatives passed the coronavirus bill on a party-line vote, 220-211. House Speaker Nancy Pelosi presided over the final moments of voting and announced the results to applause and cheers in the House chamber. Rep. Jared Golden of Maine was the only Democrat to oppose the bill. Republicans voted uniformly against it. The Senate passed the bill last weekend on a 50-49 party-line vote.

“We as Black farmers are facing extinction,” said John Boyd of the National Black Farmers Association. “We are looking forward to swift enactment by USDA” of the debt relief and assistance provisions.

In 1920, roughly one in every six farmers was Black. Today, less than 2% of U.S. farms have Black operators. Black farms are one-fourth of the size of the average U.S. farm, with smaller sales, and they are located mostly in the South. In 2007, the USDA Census of Agriculture said that a smaller portion of Black farmers than white farmers received federal farm payments and that the amount they received was half the U.S. average.

Advocates say the debt relief program will begin to rectify decades of USDA discrimination against Black farmers. The USDA paid $2.2 billion under the Pigford settlements, but comparatively few of the claimants under the initial Pigford agreement received the debt relief and tax-liability offsets that were offered, along with a cash payment, under the “Track A” dispute resolution process. Some $770 million was paid in individual cash awards of up to $50,000, while debt relief totaled $43.7 million, according to a 2013 Library of Congress report.

In the USA, 95 percent of farmers are white. And white individuals collectively own 98 percent of rural land in the USA.

But financial support/debt relief in the $1.9 trillion COVID bill goes solely to non-white farmers, offering 120 percent loans to minority farmers in one of the greatest examples of racial socialism yet observed in increasingly explicit Black-Run America (BRA).