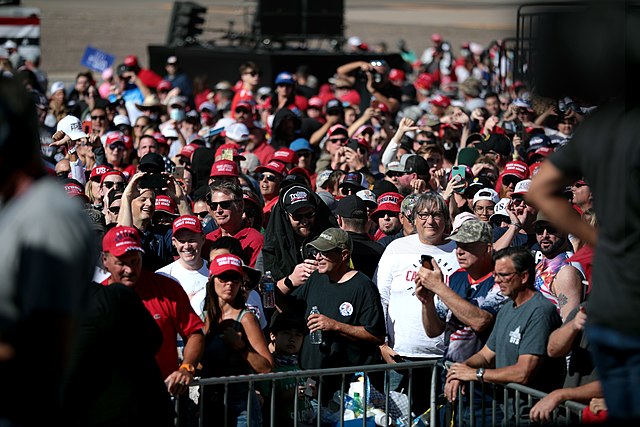 Karine Jean-Pierre says that people who voted for Donald Trump are "a threat to our democracy, to our freedom, to our rights." pic.twitter.com/8e2fXP2sD7

“And here’s the thing: The President is not going to shy away to call out what he clearly sees is happening in this country. And, you know, again, MAGA Republicans are this extreme part of their party, and that is just facts. And that’s what he’s going to continue to lay out.”

Democrats ordering the FBI to raid the home of former President Donald Trump in a bid to block him from running again is perfectly reasonable but Trump supporters chanting “Lock Her Up!” is an extremist threat to democracy.