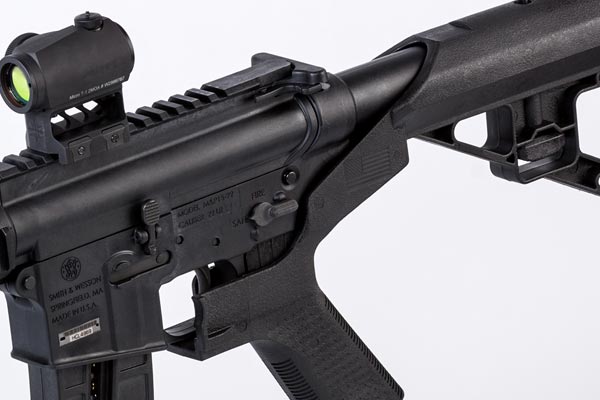 Remember when President Donald Trump declared to National Rifle Association members, “The eight-year assault on your Second Amendment freedoms has come to a crashing end. You have a true friend and champion in the White House”? Yet, his administration just unconstitutionally and unlawfully banned bump stocks.

Remember when President Trump said, “No longer will federal agencies be coming after law-abiding gun owners. No longer will the government be trying to undermine your rights and your freedoms as Americans. Instead, we will work with you, by your side. We will work with the NRA to promote responsible gun ownership, to protect our wonderful hunters and their access to the very beautiful outdoors. You met my son — I can tell you, both sons, they love the outdoors. Frankly, I think they love the outdoors more than they love, by a long shot, Fifth Avenue. But that’s okay. And we want to ensure you of the sacred right of self-defense for all of our citizens.”

Yet, he is all for Red Flag laws that “take the guns first” and provided “due process later.” How is that not “coming after law-abiding gun owners” when no crime has been committed?

In case, your memory is short, here are his remarks.

At this point, there is at least some blowback against the Trump administration over the illegal bump stock ban by way of lawsuits being filed, but the people themselves are calling on the president to do the right thing and reverse the ATF’s unlawful rule.

A new White House petition is calling on the President to reverse the unconstitutional bump stock ban that his administration implemented by not only violating the Second Amendment, but usurping power only given to Congress to legislate, twisting the definition of a machine gun which Congress was never authorized to define in the first place, and criminalizing law-abiding citizens with what is, in effect, ex post facto laws, which are prohibited under our Constitution.

This month, President Trump took a bolder Gun Control step than Obama ever did.

Why Does the Bump Stock Ban matter? As famous shooter Rob Pincus would say: “There are many reasons to fight a bump stock ban… but, Bump Stocks themselves are not one of them!” The underlying concern is that this ban opens the door to the restriction of any and all gun PARTS on the basis that they can be misused by criminals. We can’t afford to simply let this one go or look the other way.

The ban unconstitutionally rewrites existing law defining what constitutes a ‘machine gun’. If anything can make a semiauto firearm shoot faster, will they ban all those things? Will they ban firearms altogether, since they can be bump fired without accessories??

The bump stock ban is illegal in itself. It should be reversed and the states should call it out for what it is. Sadly, too many of them need federal money and will go right along with it just like they will go along with the coming Red Flag laws, which are just as unconstitutional and tyrannical as the bump stock ban.

Just remember one thing: When the government acts unlawfully like this, it will always create a black market for what they are banning and it will also provide a way for genius, freedom-loving capitalists to find a way around their ban.

Sign the petition and put the pressure on President Trump to reverse this unlawful rule.