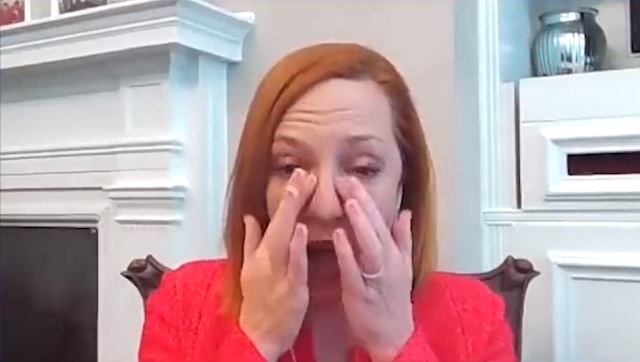 “This is a political wedge issue and an attempt to win a culture war,” Psaki said during an interview on Tuesday, referencing various Republican states’ anti-transgender-mania laws. “And they’re doing that in a way that is harsh and cruel to a community of kids.”

“Ahh I’m going to get emotional about this issue — because it’s horrible,” Psaki cried. “But it’s like kids who are bullied and all these leaders are taking steps to hurt them and hurt their lives and hurt their families.”

Psaki said earlier this month that sex change surgeries for children are “life saving” and threatened that the Department of Justice will hold states “accountable” for supposedly violating the Constitution by banning the macabre procedures.

Killer Cop: “Let Me See Your…” Boom! Cop Kills Father With Shot To Back Of The Neck Before He Could Even Comply (Video)
May 28th, 2022 Sons of Liberty Media