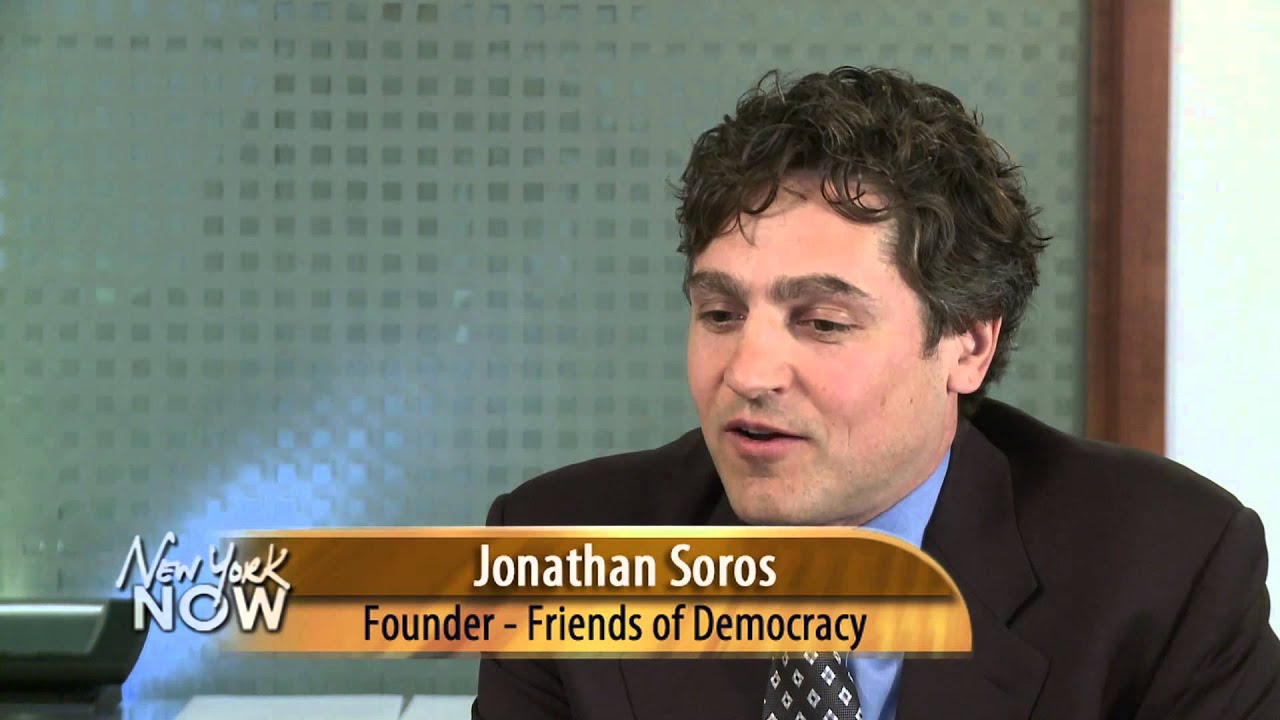 The nonprofit organization building a coalition of states that favor choosing the president by popular vote promotes itself as nonpartisan, but is financed by millions of dollars from left-leaning groups.

Some of the leaders of the movement are prominent Republicans, and most of the funding for the nonprofit, National Popular Vote Inc., has come from a wealthy Democrat and a billionaire independent.

However, many large, liberal organizations back the movement, according to the Capital Research Center, a conservative investigative think tank that monitors nonprofits. It gathered donor information on National Popular Vote Inc. using a commercial database.

The Jennifer and Jonathan Allan Soros Foundation, for example, gave $1 million to the nonprofit in 2011.

Jonathan Soros, 49, heads an investment firm and is the son of George Soros, a hedge fund manager known for financing left-leaning causes around the world. Although the Soros Foundation does not publicly list contact information, The Daily Signal sought comment through the George Soros-backed Open Society Foundations.

In 2015, an article in Inside Philanthropy reported: “Nearly every major progressive policy and advocacy group in the U.S. has received money from Silberstein in recent years.”

“We’re not going to relitigate or redo the results of this election. This election was run under a set of rules,” Silberstein, a board member for National Popular Vote, said on liberal activist Ralph Nader’s podcast in late 2016, after Donald Trump’s election as president.

“It’s not useful to change the rules of the game after the game is over with so that you can get a different result,” he said. “If you really want to do something, change the rules now in time for the next election.”

Seeking a Compact Among States

The nonprofit is lobbying states to adopt what is called the National Popular Vote Interstate Compact. The compact requires a member state to cast its electoral votes for the winner of the national popular vote—regardless of which presidential candidate wins the state.

The interstate compact would snap into place only when the number of member states adds up to 270 electoral votes, the total required under the Electoral College to win the presidency. The initiative is about two-thirds of the way there.

American presidents never have been elected by a strictly popular vote across the nation. In presidential elections since 1804, under the 12th Amendment to the Constitution, voters actually vote for electors who are pledged to support their candidate in a later Electoral College vote.

Proponents contend this system ensures that every state, no matter how small, has a voice. Opponents, including many Democrat presidential candidates, contend that rural areas get disproportionate power under the Electoral College.

Colorado’s Democrat governor signed a bill making that state part of the compact, and the legislatures of New Mexico and Delaware recently sent similar bills to Democrat governors who said they would sign. That will set the movement at 189 electoral votes out of the 270.

Another major donor to the compact was the Sandler Foundation, which contributed $100,000 in 2010. The organization’s 2015 filing with the Internal Revenue Service shows it gave millions to liberal groups, including the Center for American Progress, the American Civil Liberties Union, EarthJustice California, and the Center for Budget and Policy Priorities. The Sandler Foundation did not respond to inquiries from The Daily Signal for this story.

The Tides Foundation, a major funder of left-leaning causes, contributed $25,000 to the popular vote group in 2009. The organization has donated to the ACLU Foundation, the Center for American Progress, Media Matters for America, Sierra Club, and Planned Parenthood, among other liberal groups.

National Popular Vote’s 2015 filing with the IRS, the most recent publicly available, shows it had revenue of $2 million.

“As for the funding, two individuals have put up over 95 percent of all the money,” Anuzis, a national spokesman for the effort, told The Daily Signal. “A liberal progressive, John Koza, and a conservative, pro-life tax protester, Tom Golisano. My guess [is that] several hundred others have given to one of the organizations behind the effort.”

Koza, chairman of National Popular Vote Inc., is a California businessman who was an inventor of the scratch-off lottery ticket. He then marketed the idea to states—similar to what he’s doing with the popular vote compact.

Koza has been a donor to Democratic candidates in federal elections. Politico reported that Koza spent $14 million promoting the popular vote compact among states by 2014, and that he planned to budget $2 million per year from then on.

“John Koza regularly maxes out in donations to Democratic candidates, and he has not been an insignificant Democratic donor,” Capital Research Center’s Walter said. “He is on the record saying that the re-election of George W. Bush [in 2004] inspired him to start this.”

Golisano, who founded the payroll and benefits services company Paychex, has spent $10 million of his own money to promote the compact. Last year, however, Politico reported that Golisano had pulled back from the effort.

Golisano also is the founder of the New York Independence Party and a three-time unsuccessful candidate for governor.

His political contributions don’t entirely reflect a conservative viewpoint. He gave to the presidential campaigns of two Democrats, John Kerry and Dick Gephardt, in 2004, and to the Senate campaign of Charlie Crist, a Florida Republican who became an independent, in 2010.

“The National Popular Vote movement has never been a partisan movement. It is a bipartisan coalition of Republicans, Democrats, and independents who believe that every American voter should feel politically valued in every presidential election,” Anuzis said.

The former Michigan GOP leader noted that related legislation passed Republican-controlled legislative chambers in Arizona, Oklahoma, and New York. Of those states, only New York has joined the compact so far.

The president of National Popular Vote is Barry Fadem, a California election lawyer who like Koza also contributes to Democrat candidates in congressional and presidential races, according to Federal Election Commission data compiled by the Center for Responsive Politics.

Fadem contributed to John Kerry’s 2004 presidential campaign and to the re-election of former Sen. Barbara Boxer of California, among others.

According to tax filings, the organization’s secretary is Chris Pearson, a Vermont state senator affiliated with the state’s Progressive Party. Pearson is the former director of presidential election reform for FairVote, a left-leaning voting rights and good government group. He was an aide to Sanders when the senator was in the House of Representatives.

As a specific kind of nonprofit under the tax code, National Popular Vote is allowed to lobby state lawmakers to join the interstate compact. Koza also established an educational nonprofit, the Institute for Research on Presidential Elections, that is prohibited from direct lobbying. It had $550,504 in revenue, according to its 2016 IRS filing.

“National Popular Vote is indeed a 501(c)(4) and focused on advocacy efforts in the states,” said Patrick Rosenstiel, a spokesman for the organization, referring to the tax code. “IRPE is indeed a 501(c)(3) and 100 percent committed to education efforts surrounding the Electoral College, the current system, and potential Electoral College reforms.”

Rosenstiel, a Republican, is chairman of the Institute for Research on Presidential Elections, the educational nonprofit.

But the compact should be a tough sell as a bipartisan effort, particularly since it “is mostly funded by the left,” said Hans von Spakovsky, manager of The Heritage Foundation’s Election Law Reform Initiative.

The recent movement of three states toward the compact is worrisome for von Spakovsky.

“Legislators in those three states have displayed woeful ignorance about the good and rational reasons for having the Electoral College,” von Spakovsky told The Daily Signal. “Delaware and New Mexico are even more puzzling. These are small states most protected by the Electoral College. A national popular vote will give them less influence.”

The recent successes for the movement are likely to boost awareness and the potential for fundraising, Rosenstiel said.

Although Trump won the presidency through the Electoral College while losing the popular vote to Clinton, he previously indicated he favored elections being decided by the popular vote.

“I would rather see it where you went with simple votes,” Trump said in a “60 Minutes” interview on CBS after he won the election. “You know, you get 100 million votes, and somebody else gets 90 million votes, and you win. There’s a reason for doing this, because it brings all states into play.”

Trump on ‘Brilliance’ of Electoral College

Trump last week said on Twitter that he had a change of heart.

Other presidents who won the office without the popular vote were George W. Bush in 2000, Benjamin Harrison in 1888, Rutherford B. Hayes in 1876, and John Quincy Adams in 1824.

Nearly every Democratic presidential candidate and many congressional Democrats have called for eliminating the Electoral College.

Asked whether Democrats’ dominance of the movement makes it a tougher bipartisan sale, Anuzis, the spokesman who is a former GOP chairman in Michigan, stressed that what Democrats want isn’t what the compact does.

The compact, he said, keeps the Electoral College intact while allowing states to choose their method of awarding electors who ultimately vote for one of the candidates for president.

“It’s not that simple, and it’s important not to mix the two proposals,” Anuzis said. “National Democrats favor the elimination of the Electoral College and using a direct national popular vote to elect the president.”

“[The compact] is a bipartisan proposal that takes a federalist approach, which creates an … agreement between the states that preserves the Electoral College, therefore states’ rights to regulate, administer, and determine how electors are chosen to the Electoral College by using the national popular vote.”