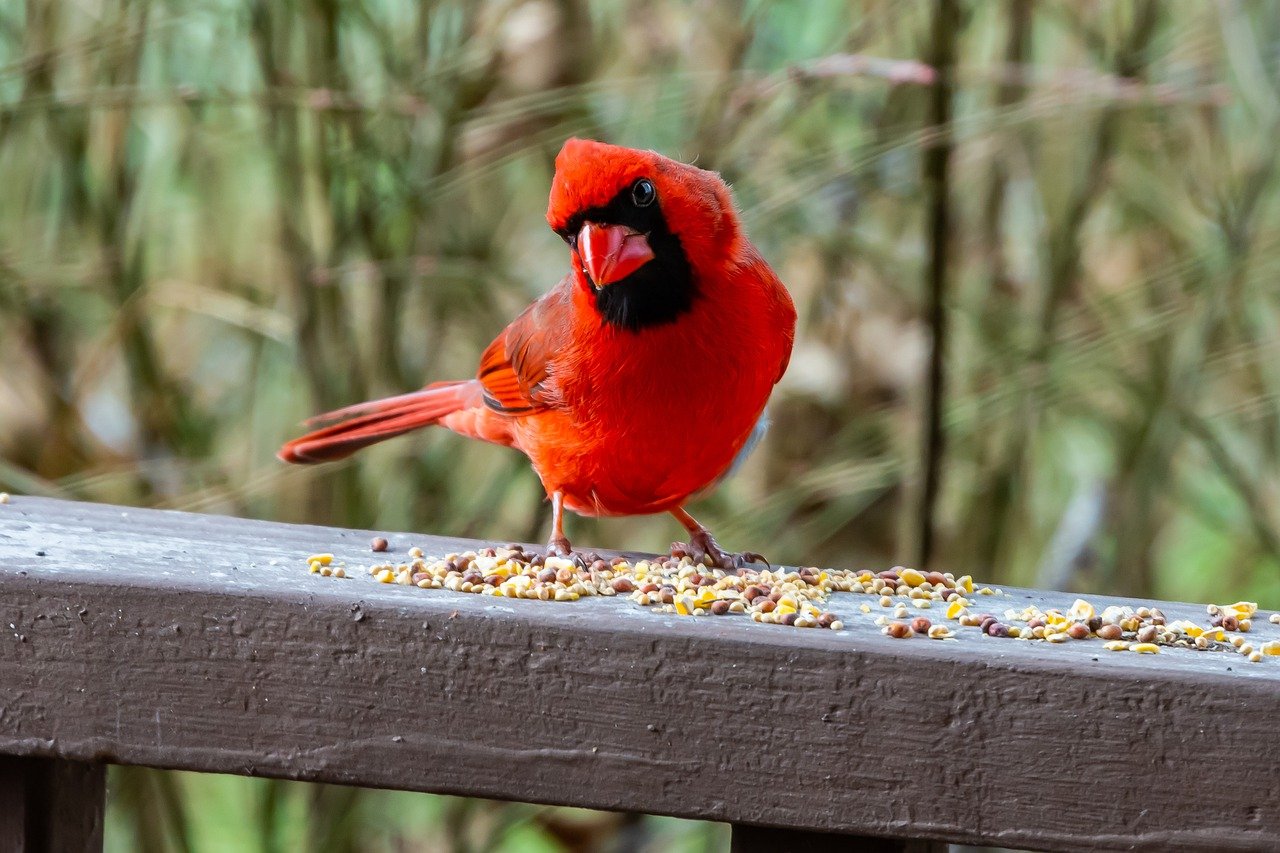 As if we didn’t have enough weird things going on, now birds are suddenly dropping dead in large numbers all across the eastern half of the country. Before they die, a lot of these birds are exhibiting very strange symptoms. Experts are telling us that in many cases birds are developing “crusty or puffy eyes”, and often they appear to go completely blind. In addition, quite a few of these dying birds lose their ability to stay balanced, and we are being told that some even seem to be having “seizures”. If scientists understood what was causing this to happen, that would be one thing. But at this point they have no idea why this is taking place, and that is quite alarming.

So far, confirmed incidents of this strange phenomenon have been documented in Washington D.C., Virginia, West Virginia, Maryland, Kentucky, Ohio and Indiana.

Could it be possible that we are dealing with a “mystery disease” that started in one state and that has now spread to other surrounding states?

Or is something else going on here?

We are being told that “blue jays, common grackles and European starlings” are the most common birds that are being affected.

But whatever is happening is not just limited to one species of birds, and I think that should be a red flag.

“We’re experiencing an unusual amount of bird mortality this year,” said Kate Slankard, an avian biologist with the Kentucky Department of Fish and Wildlife Resources. “We have yet to figure out what the problem is. The condition seems to be pretty deadly.”

In Kentucky, the bird deaths seem to have begun in late May. The following comes directly from the official website of the Kentucky Department of Fish & Wildlife Resources…

In late May, the Kentucky Department of Fish and Wildlife Resources began receiving reports of sick and dying birds with eye swelling and crusty discharge, as well as neurological signs. Wildlife agencies in Indiana, Maryland, Ohio, Virginia, Washington, D.C. and West Virginia have reported similar problems.

State wildlife agencies are working with diagnostic laboratories to investigate the cause of mortality. Kentucky Fish and Wildlife has sent more than 20 samples for lab testing to the Southeastern Cooperative Wildlife Disease Study at the University of Georgia. More results are pending, but no definitive cause of death has been identified at this time.

After testing 20 samples, they still have no idea what is going on.

According to Slankard, “hundreds of birds” in her state have now become victims…

“They’ll just sit still, often kind of shaking,” Slankard said. “It’s pretty safe to say that hundreds of birds in the state have had this problem.”

But of course the truth is that we have no way of knowing how many birds have actually been affected.

It could be thousands of birds in the state.

It could be hundreds of thousands.

We just don’t know, and Kentucky is just one of the states that has been hit.

In Indiana, authorities tested for avian flu and West Nile virus, but those tests came back negative…

One theory that is floating around is that these birds are ingesting large amounts of pesticides because of all the cicadas that they are eating.

Some experts are flatly dismissing that theory because “the disease has also appeared in states where cicadas are not present”.

But how can they be so sure that it is a disease if they have absolutely no idea why this is happening?

I don’t think that we should jump to any conclusions that are not backed up by science.

Obviously a lot more testing needs to be done. If it does turn out to be a disease that is causing this, is it a disease that can also spread to humans? Moving forward, that could be one of the most important questions that needs to be answered.

Hopefully we can get some solid answers, because this is not the first time something like this has happened. Back in September, one expert said that it appeared that “hundreds of thousands” of birds were dropping dead in New Mexico…

Wildlife experts in New Mexico say birds in the region are dropping dead in alarming numbers, potentially in the “hundreds of thousands.”

“It appears to be an unprecedented and a very large number,” Martha Desmond, a professor at New Mexico State University’s department of fish, wildlife, and conservation ecology, told NBC’s Albuquerque affiliate KOB.

But whatever was causing those deaths to happen in New Mexico seems to have stopped.

Is there any connection between that event and the deaths that are happening in the eastern half of the country now?

I wish that I had the answer to that question.

We live at a time when pesticides, high technology and other forms of human activity are having a greater impact on birds and animals than ever before. But we have also entered an era when I believe that great pestilences are going to become very common.

Obviously something is killing all those birds, and hopefully scientists will have something solid to tell us very soon.

With each passing day, our world is getting crazier, and so much is going wrong all around us.

Many are hoping that 2020 and 2021 will just turn out to be anomalies, but I am entirely convinced that they are just the very small tip of a very large iceberg.