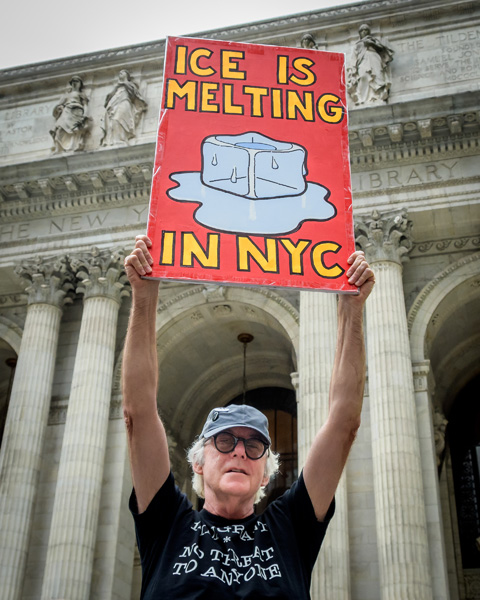 Last week, the federal government deported a Marine veteran to El Salvador. Liberals are outraged. Jose Segovia Benitez had six felony convictions, including drug possession, domestic violence, and assault with a deadly weapon, but his supporters want him in the country anyway. His family petitioned California Gov. Gavin Newsom to pardon him and stop the deportation.

Most media took Mr. Benitez’s side and published sympathetic stories emphasizing his tours of duty. Liberals are determined to defy immigration laws, even if means protecting violent criminals.

Last year, New York Gov. Andrew Cuomo pardoned six criminal illegals to prevent deportation. His justification? “At a time when President Trump and the federal government are waging a war on our immigrant communities, New York stands firm in our belief that our diversity is our greatest strength.”

Still, California may be worse. In his January inauguration speech, Gov. Newsom offered “sanctuary to all who seek it.” True to form, last weekend, he pardoned three immigrant ex-convicts so they could stay in the country. His predecessor, Jerry Brown, pardoned seven who were set for deportation last year. In 2017, Gov. Brown pardoned five.

Gov. Newsom’s office made the usual arguments about his three pardons: The men made “bad decisions” when they were young and had paid their debt to society. Deportation would be “an unjust collateral consequence.” Many journalists says immigrants who commit minor offenses should be pardoned. California goes further; it often pardons serious felons.

Gov. Brown tried to pardon Borey Ai, a convicted murderer from Cambodia. Parole officials had encouraged this, and the Asian Law Caucus represented him. Supporters claim he was a model prisoner, had paid his debt, and had lived nearly all his life in the US. The California Supreme Court blocked the pardon, calling it an abuse of power. This was the first time since 1930 that the court overruled a pardon.

California is a sanctuary state that forbids cooperation with immigration authorities. Officers may not voluntarily share the release dates of illegal immigrants, and illegals cannot be transferred to federal custody. A federal appeals court upheld these policies in April.

The state also prohibits businesses from cooperating with Immigration and Customs Enforcement (ICE) and requires employers to notify employees if they know of impending raids. State authorities say they will prosecute employers who don’t comply.

The state refused to help ICE in its raids last summer. Officials said the raids frightened people. “We know how unsettling and scary this is for the community,” Los Angeles police chief Michel Moore said, claiming he worried about “intimidation.”

Los Angeles County Sheriff Alex Villanueva criticized President Donald Trump because of the raids. “His actions are irresponsible and unnecessary if, in fact, the president is truly concerned with removing violent undocumented felons to ensure your public safety,” he said. He repeated a common excuse for not cooperating with ICE: “We cannot ensure public safety if undocumented residents are afraid to report a crime.”

The New York state legislature is considering making the state a sanctuary. That would mean joining nine other states, including California. Over a hundred cities and counties are sanctuaries.

If this were a serious country, local police would notify ICE when they catch an illegal immigrant, and comply with detainers (requests by ICE to be notified when an illegal who has served time is about to be released). Deporting criminal aliens is in everyone’s interest.

Many criminals who stayed in the country because of sanctuary policies have committed more crimes. Kate Steinle’s killer is a famous example. San Francisco protected José Inez García Zárate from deportation, even though he was a five-time-deported and seven-time-convicted illegal alien. He then “accidentally” shot Steinle in 2015. A thrice-deported Mexican nearly killed a California sheriff’s deputy in February after Napa County thwarted ICE.

In 2018, ICE issued a detainer for a 30-year-old Mexican illegal alien held by the Los Angeles Police Department. The department released him anyway and later had to arrest him again for murder — and ignored yet another ICE detainer.

In March, Bellevue, Washington, ignored a detainer on an alleged gang member who has been arrested several times this year. The illegal is now accused of taking part in a murder just three weeks after his release.

During fiscal 2019, sanctuary jurisdictions in North Carolina released nearly 500 criminal aliens ICE wanted to deport. Some are now charged with serious new offenses, such as homicide and rape.

Montgomery County, Maryland, is proud of its non-cooperation with ICE. The county was in the spotlight this summer when, during a five-week period, it released seven illegals arrested on sex assault charges. ICE wanted them out of the country. Some believe Montgomery County has become a magnet for illegals, especially because neighboring Frederick County works closely with ICE and immediately hands over every single illegal it finds.

The Trump Administration has withheld Community Oriented Policing Services grants from some sanctuary jurisdictions. A federal court upheld this policy in July.

What are the reasons liberals give for sanctuary? Los Angeles County Sheriff Alex Villanueva repeated the standard excuse: “We cannot ensure public safety if undocumented residents are afraid to report a crime.” The theory is that if illegals are afraid they could be deported, they will not report crimes, offer leads, or serve as witnesses.

This is theoretically true, but it’s a fear that could be easily calmed. Los Angeles could have a policy of never inquiring about immigrant status until someone in its jurisdiction is convicted of a crime. The city could even restrict status inquiries to those convicted of a felony. If this policy were heavily publicized, victims would cooperate with the police.

At the same time, there is no reason to refuse to cooperate with an ICE detainer. When an illegal alien criminal is released from jail or prison, what law enforcement officer would not want the criminal expelled from the country? Everyone knows recidivism rates are high. According to recent data from immigration authorities, as many as 80 percent of illegal aliens released in sanctuary cities go on to commit more crimes. If aliens are going to run amok let them do it in their home countries.

The “immigrant communities” of which liberals are so solicitous would be happy with this for two reasons. First, they don’t want predators back on the street. Second, if a sanctuary jurisdiction ignores an ICE detainer, that doesn’t mean ICE just goes away. It means that instead of quietly picking the criminal up at the local lockup, ICE has to hunt him down in the “community.”

A raid in the barrio is not only more dangerous for ICE agents, it’s potentially dangerous for other immigrants. In extreme cases, they could be caught in a crossfire, but even if there is no violence, ICE will round up all the illegals it finds, not just the criminals they are looking for. These “collaterals,” as they are called, would not have fallen into ICE’s hands if the original target had been handed over under a detainer. In that respect, cooperating with ICE is better for everyone.

The ICE-haters must have different goals. It is perverse to pardon a criminal outright, with the intention of wiping his record clean so as to stop ICE from deporting him. If letting criminal illegals stay leads to even one new crime, a policy of deliberate sanctuary is itself criminal. It is astonishing that jurisdictions persist in such dangerous policies in the face of repeated depredations against their own people.

In either case, these officials deserve contempt from all thoughtful Americans and punishment at the hands of voters.

Robert Hampton is a Middle American who chose to wake up.

Illegals Who Rape and Murder…