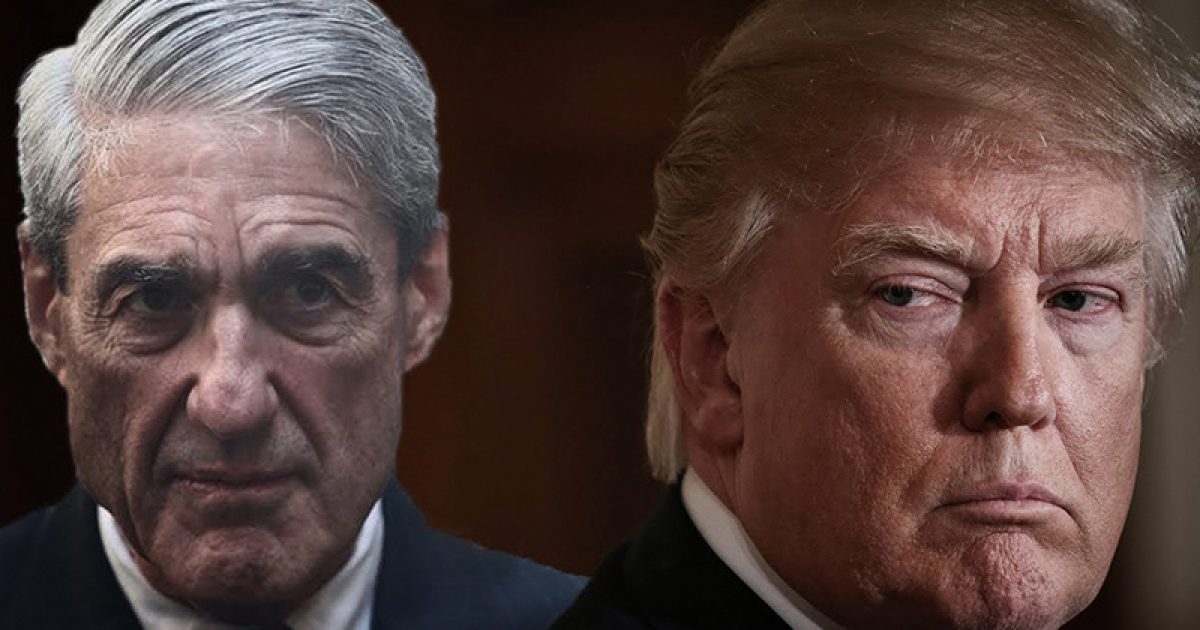 As the Mueller Probe enters its sixteenth month, following a ten month FBI counterintelligence investigation, Congressional committees, outside groups such as Tom Fitton’s Judicial Watch and even the DOJ’s own Inspector General’s team have gathered a wealth of information of their own. There is currently more than enough evidence to support the appointment of a second Special Counsel.

The last two years have been akin to watching a Polaroid photo develop in very slow motion. And right now, it’s at about the halfway point. If nothing is done, we can expect Mueller’s investigation to grind on for the second half of Trump’s first term, ever reminding American citizens that their president is under suspicion for some nameless, but sinister, act.

The likelihood that Attorney General Jeff Sessions, whose relationship with President Trump is at an all-time low, would do so is almost nonexistent.

Yes, back in March, Sessions appointed Utah US Attorney John Huber to work with the DOJ’s Inspector General’s team, but the limitations inherent in such a step still fall far short of what are needed to combat what is emerging as the biggest political conspiracy in American history.

And, of course, the DOJ Inspector General’s (IG) team has uncovered and reported a great deal of information. The DOJ IG investigates fraud and, if applicable, can make criminal referrals. But that’s where his or her authority ends. It is still up to our cowardly Attorney General to decide whether or not to charge an individual with a crime.

Jeff Sessions, who was Trump’s earliest supporter in the Senate, has never been known for his boldness. He has become very “protective” of his DOJ colleagues during his tenure as Attorney General, hence, his reluctance (or his denial) to accuse them of wrongdoing.

Consequently, what alternatives does Trump really have? Even if he could arrange for Mueller to be ousted, the backlash would be politically disastrous for him. The same would be true if he fired Jeff Sessions or Rod Rosenstein.

As Mueller continues to investigate ten-year-old claims of tax evasion by Paul Manafort and Trump’s hush money to a porn star for a one-night-stand 12 years ago, the crimes of Trump’s accusers are starting to mount. It was alleged that a Chinese-owned company hacked Hillary’s server and inserted code that sent copies of each email, in real time, to their computer. I wrote a post about that here. We learned from Tom Fitton of Judicial Watch that the FISA Court held no hearings before issuing their warrant to surveil Carter Page. We also heard about the inconsistencies between the testimonies of Bruce Ohr, Fusion GPS founder Glenn Simpson and FBI attorney Lisa Page before Congress here.

But perhaps the most significant takeaways of the week came from the Wall Street Journal’s Kimberley Strassel’s congressional source.

Bruce Ohr confirmed that, before the FBI submitted their first application to the FISA Court for a warrant to spy on Carter Page in October 2016, Ohr had informed them of Steele’s extraordinary hatred of then-candidate Donald Trump. The Wall Street Journal’s Kimberley Strassel wrote that a “Congressional source” offered some corroborating details.

Ohr testified that, following a meeting with Christopher Steele in September 2016, he had written down some notes for his records. The notes said Steele “was desperate that Donald Trump not get elected and was passionate about him not being president.”

Ohr said he had verbally warned his FBI contacts that Steele had a “credibility problemalerting the bureau to Mr. Steele’s leanings and motives.” He also informed them that his wife, Nellie Ohr, was working for Fusion GPS on the dossier project.

All this is what Republicans are referring to when they hint that the Ohr interview provided solid evidence that the FBI abused the Foreign Intelligence Surveillance Act. “Before yesterday, we thought the FBI and DOJ had not disclosed material facts they were aware of in the FISA application. If Bruce Ohr testified truthfully, we now know that to be the case,” Rep. John Ratcliffe of Texas tweeted Wednesday. (The Justice Department declined to comment, citing an inspector-general investigation.)

Ohr also “told congressional investigators this week that while initially he reached out to the FBI, the bureau also later came looking for information about Mr. Steele.”

After the FBI learned that Steele had leaked the dossier story to the media, they fired him. However, they still wanted access to Steele’s information, so they used Ohr as a conduit.

The bottom line is that:

The FBI knew about Steele’s intense bias against Trump and they had fired him for speaking to the media, yet they still used his information as the basis for their FISA Court application where they misrepresented him as a reliable source and they “continued to seek his information.”

Steele had been working with the FBI since July 2016. Ohr reached out to the FBI several months later.

Why would Mr. Steele then go to work on a Justice Department source, and refunnel the same allegations to the bureau? The likely answer is that the Fusion crowd wanted to exert maximum pressure on the FBI to act.

The obvious answer is politics.

The evidence continues to mount that the FBI didn’t want to know about bias, or about conflicts of interest, or about the political paymasters behind the dossier—and it certainly didn’t want the surveillance court to know. It wanted to investigate Donald Trump.

The appointment of a special counsel is essential to organize all aspects of this conspiracy, all the actors, all the accomplices, and to detangle the web of the left’s deception. An exacting timeline must be prepared if anyone is to be held accountable.

Trump has been quietly allowing the scenario to play out. He has tried to remain on the sidelines for fear that his intervention would be viewed as evidence of his guilt.

But, after over two years, it doesn’t show any signs of stopping, because Mueller wants to keep the cloud of suspicion hovering over the Trump administration for as long as he can.

In the meantime, the real crimes have been committed by Hillary Clinton and by officials at the top of the Obama administration, perhaps even by Obama himself.

A special prosecutor needs to be appointed and given free access to all of the resources Mueller has had at his disposal including access to unredacted documents which DOJ and FBI officials have been so reluctant to provide. The prosecutor can take the evidence that’s already been revealed and run with it until all the corruption has been exposed and all of those who abused their power have been brought to justice. It’s time to fight back.