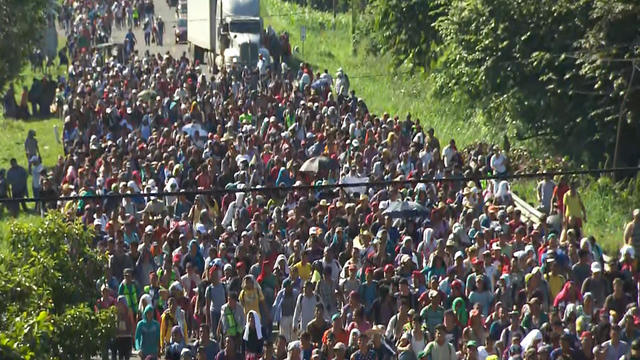 At this point, we see 6,000 homeless in Seattle, 10,000 homeless in Denver, 50,000 plus homeless in Los Angeles and 11,000 homeless in San Francisco. On any day, America features one million homeless throughout 50 states. If we can’t figure out how to solve those monumental social problems, how do we think we can save the rest of the world by importing over 100,000 legal immigrants every 30 days into our country?

Do you know that our U.S. Congress, based in Washington DC, and totally out of touch with what their actions are doing to middle-class Americans, continues to import one million legal immigrants from the third world onto our shores, annually? Do you realize they allow another 500,000 illegal aliens to jump our borders, annually? That’s over 100,000 immigrants every 30 days. (Sources:www.NumbersUSA.org ; www.CIS.org)

Do you realize that Congress allows 22 to 25 million illegal aliens to remain in our country without fear of deportation? (Source: Yale University Study, Oct 2018) How do they do that? Congress refuses to enforce Federal Law Section 8 USC 1324, within our nation. In fact, employers of illegal aliens do not face arrest, prosecution or prison because your two senators and House member refuse to do their jobs.

What do you pay? According the latest figures at www.FAIR.org , you pay $113,000,000,000.00 (billion) annually to maintain those illegals as to educating and feeding their children, along with medical care, and ESL courses, plus 12 agencies who must address this invasion with your money.

But that’s not all, each state pays into the millions of dollars for illegals operating in their area. Illegal migrants cost Michigan $928 million in 2018. In California, it’s into the billions of dollars as they feature over four million illegal aliens and possible as high as six million. They’re slithering into welfare offices in all the major cities around America.

Why do you think millions of people around the world live in misery? Why do their countries suffer poverty, hopelessness and dictators? Answer: their leaders and citizens lack the intellectual horsepower to create viable social, political and economic systems.

“The stresses caused by population growth cannot be solved by international migration. They must be confronted by and within each individual nation. Fundamental to the concept of national rights and responsibilities is the duty of each nation to match its population with its political, social, and environmental resources, in both the short and the long term. No nation should exceed what the biologists call its ‘carrying capacity.’” Dr. John Tanton

Why are places like Africa filled with illiteracy and horrific poverty, overpopulation and futility? Answer: illiteracy dominates most African countries at 65 to 75 IQ’s in Sub-Saharan Africa and 75 to 85 in upper Africa. Check for accuracy: www.brainstats.com

In fact, the most successful countries average 105 IQ’s of the general public such as Japan, Singapore, and China. Whereas Somalia, Ethiopia, Sudan, Congo, Kenya and others run an average of 68 IQ.

It might be noted that third world birth rates, driven by illiteracy and failing countries, contribute 83 million new babies, net gain, annually. That’s where all those third world people, and soon to be immigrants to America and the West, accelerate their numbers.

Since the line continually grows and accelerates, with those realities facing us, why are we importing 1.0 to 1.2 million legal immigrants annually and another 500,000 illegally? What exactly do we think will happen as we import millions of intellectually challenged people. As a matter of fact, America’s average IQ has dropped from 100 in 1965 to 98 in the last 50 years. We feature no less than 45 million foreign born from mostly third world countries.

How do you think that will play out in another 30 years as we add another 110 million more immigrants and their children? Take a guess!

It’s not their fault; it’s their condition. The great majority cannot perform basic educational standards. Thus, welfare, more welfare, their families and generations feed off our welfare systems. Thus, you see drug gangs, street gangs, and endless violence such as in Chicago and LA. And, a complete breakdown of ethics, rule of law and societal order. What happens with illiterate people? They draw down on violence, drugs, frustration and total loss of social fabric identification. What will be accomplished if we continue adding third world immigrants? Answer: we will be dragged down into a third world country by importing a permanent underclass of third world people who cannot perform in a first world country. They are creating permanent enclaves of separation from our successful society, but at some point, they will become violent enclaves that will become totally unmanageable. That kind of situation devolves into civil war.

When you entangle incompatible cultures such as a Somalian bush family, along with incompatible and violent religions such as Islam, and you add hundreds of different languages, and then, you toss in 100 million people with 200 different world views from the countries where they originated—do you think the United States stands a chance of surviving the next 30 years?

“Diversity within a nation destroys unity and leads to civil wars,” said social scientist Garret Hardin. “Immigration, a benefit during the youth of a nation, can act as a disease in its mature state. Too much internal diversity in large nations has led to violence and disintegration. We are now in the process of destabilizing America. The magic words of destabilizers are ‘diversity’ and ‘multiculturalism’.”

If you look at these two videos, you will see exactly what I am speaking about:

“Immigration, Poverty, and Gum Balls”, Roy Beck, director of www.numbersusa.ORG, graphically illustrates the impact of overpopulation. Take five minutes to see for yourself: