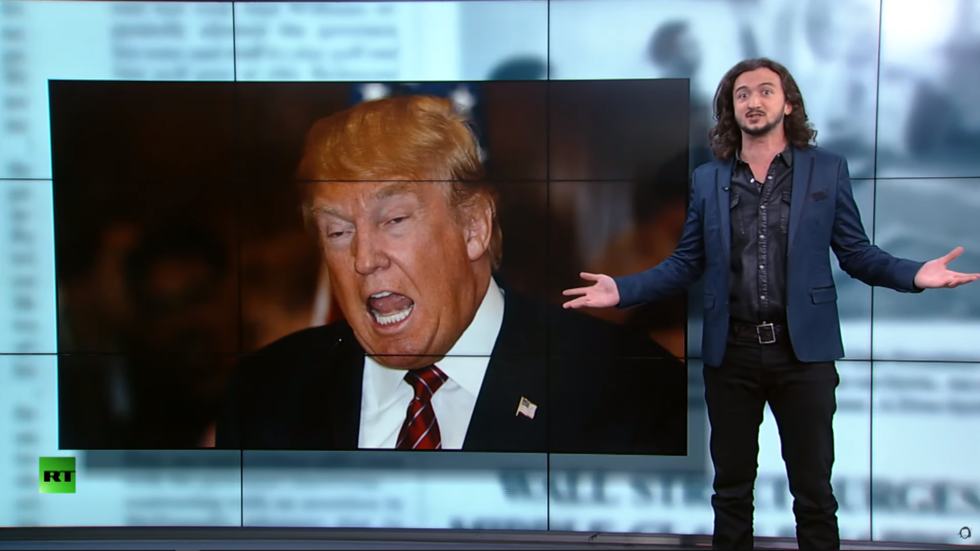 America’s leading liberal news outlet, CNN, is chastising the Trump administration for being too soft on Iran. Why, Redacted Tonight host Lee Camp asks, don’t they consider peace an option?

With tensions sky-high in the Persian Gulf, and President Donald Trump threatening Tehran with “obliteration” should American interests in the region be attacked, nobody could accuse the president’s cabinet of being barefooted, bong-smoking pacifists.

But that’s exactly the line of questioning that CNN’s Jake Tapper took with Vice President Mike Pence earlier this week. Days after Trump approved, then abruptly called off, military strikes on Iran, Tapper wondered whether “Iran would get the wrong message from the president’s restraint.”

Way to go Jake, way to nail the Trump administration for being too restrained,” Camp said. “That’s like telling Hannibal Lecter he’s too nice to dinner guests… why is President Trump such a pussyfooting peacenik?”

Tapper continued to goad Trump for his (apparent) measure. “Is he willing to pull the trigger,” he asked Pence, almost salivating at the prospect of war. “Is that a concern at all?”

“It’s not enough that we have sanctions on the country that are killing tens of thousands,” Camp ranted. “But CNN wants to know why this sissy president won’t get his tiny hands bloody.”

Presenting Iran as a dichotomy between outright war and crippling sanctions (the ‘peaceful option’), Tapper and his ilk completely fail to spell out an alternate path: “What if we never withdrew from the Iran nuclear deal, and what if we didn’t surround Iran with our military bases, and what if we didn’t constantly threaten them. How does that sound?”