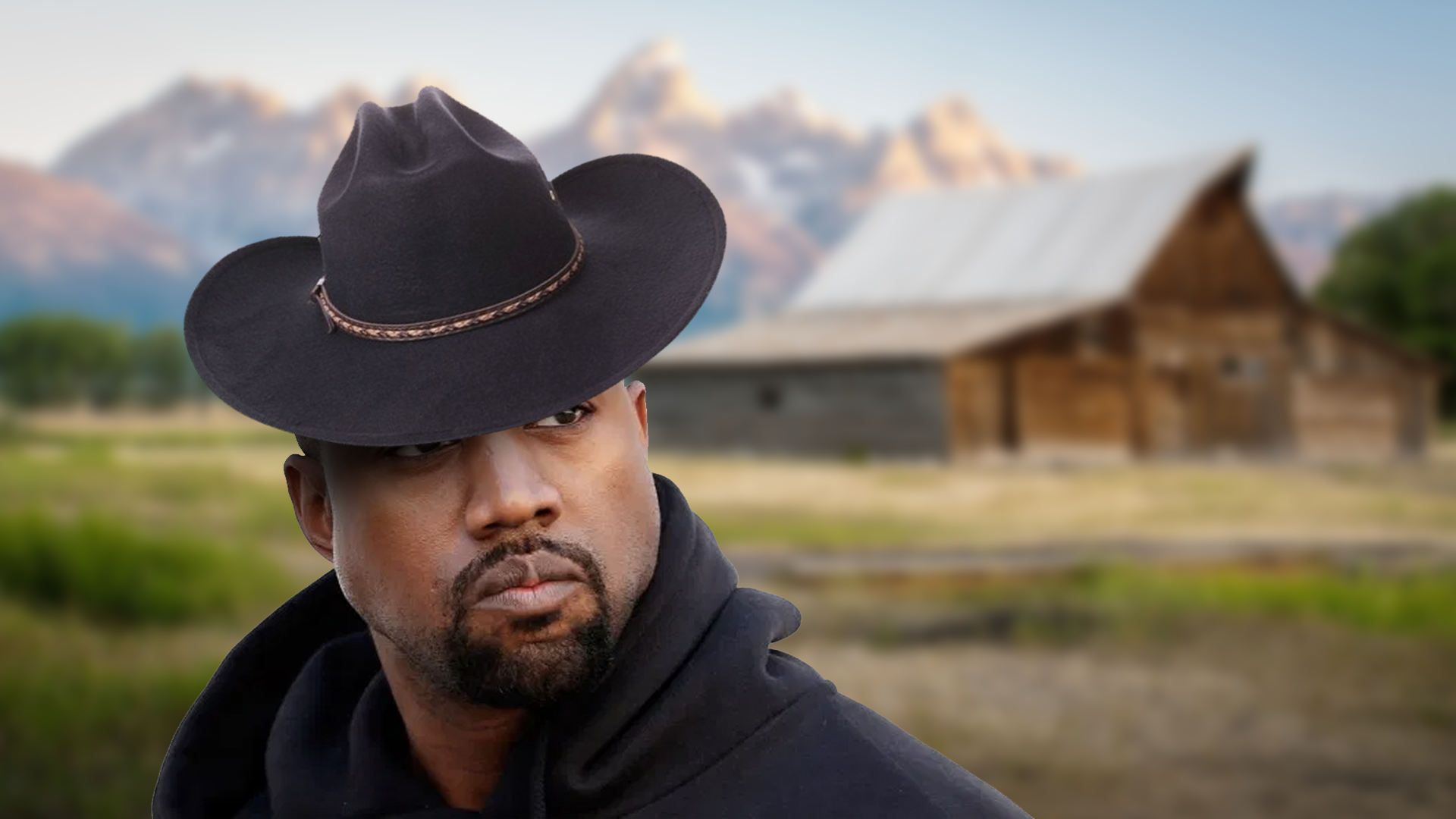 Rumors have swirled that Kanye West and wife Kim Kardashian are giving up on California ever since it was reported that the rapper had purchased a $14 million “monster ranch” in Cody, Wyoming. (It’s actually called that: Monster Lake Ranch). The rumors intensified when it was revealed the couple, who have four children, are touring schools near the 4,500-acre property.

Apparently, the power couple is not done, though. TMZ reports that Kanye just closed on another ranch property near Cody, this one 6,713 acres and valued at $14.5 million. (Evidently, West’s money problems are a thing of the past.)

The purchases appear to be related to West’s label Yeezy, a billion-dollar apparel empire. West recently announced plans to move the company to Wyoming, and apparently it’s not all talk. The headquarters of Yeezy, previously in Calabasas, California, has already been moved to Cody (population: 9,828), West said, and all manufacturing is slated to happen there eventually.

“Our goal in the next two years is to bring the manufacturing back to America: South America and North America,” said West, speaking at the 2019 Fast Company Innovation Festival earlier this month.

California: No Place for Innovation?

During his interview, West made it clear he found California’s rigid regulatory structure stifling and a bit irritating. He shared a story about regulators telling him his Star Wars-inspired domes for the homeless—a project West was experimenting with—were not up to code.

West said he was fine with taking it down, but he was angry that officials informed the press about the action.

“Ten feet? On my own 300-acre property?” said West. “And we could have handled it…but [they] wanted to go to the press to let everyone know [they] were tearing down Kanye’s domes.”

The episode apparently was enough to help convince West, an innovator who speaks glowingly about creativity and the virtue of competition, that California was not the place for his multibillion-dollar brand (Yeezy is owned solely by West).

No doubt some of the usual reasons were at play—the state’s high poverty, high taxes, and housing issues—but the biggest reason for the split is that California and Kanye are just too different. They’re like that couple you know—the free spirit and the control freak—who you sense just isn’t going to make it, not long term. They might not openly quarrel, but you see all kinds of problems beneath the surface. They just don’t fit.

This was clear listening to West and designer Steve Smith as they discussed the creative process at Yeezy. West spoke about his aversion to structure and deadlines. Smith, himself a master disruptor who has worked at pretty much every major American sportswear brand in America—including Nike, New Balance, and Reebok—talked about West’s thirst for originality and creativity.

“The thing I love about Kanye is the rules are gone,” Smith said. “Everything you’ve ever done has just been smashed to pieces and we think about it completely different. It’s liberating creativity like I’ve never seen before.”

For someone who doesn’t like rules, California is probably not the best place to be. (Sometimes it seems there is no behavior or product California lawmakers don’t want to ban.)

For entrepreneurs and visionaries, California’s regulatory climate is more than just frustrating—it’s innovation-killing. Instead of just creating, entrepreneurs often need to hire lobbyists and make political donations to navigate the regulatory labyrinth.

For someone like Kanye West, who clearly has a grand vision, working in such an environment is not an option. Yeezy might be a shoe company, albeit a billion-dollar one, but it’s clear that West has a much grander vision. To make his vision a reality, he needs space “to think,” he said.

“Dayton, Ohio, the Wright brothers. They needed a chance to think or we wouldn’t have flight today,” West said. “If the world only knew the capabilities of what we have, the press would get out of the way.”

The Wright brothers, of course, began their flight experiments at their Dayton, Ohio, bicycle shop in 1896. But the brothers famously took their operations to the sand dunes of North Carolina, where they tested their flight technology over a period of several years. The tests eventually led to the first controlled powered airplane flight at Kill Devil Hills on December 17, 1903, just south of the small town of Kitty Hawk.

Comparing his own move to Cody to that of the Wright brothers might be a stretch, but it’s also totally Kanye. Maybe West will create an empire that realizes his grand vision. What’s clear is that he’ll be able to try while facing much less interference.

And at the very least, he’ll be able to build his Star Wars domes.

“The building restrictions are way lax in Cody,” West said.

Apparently not lax enough, however. On Wednesday, TMZ reported that county officials had ordered West to halt construction on his Monster Lake Ranch property. West, who plans to build an amphitheater on the ranch, reportedly broke ground without a permit.

This article has been updated to reflect that West has been ordered to halt construction of his amphitheater until his building permit application is approved.

Why would anyone leave California?