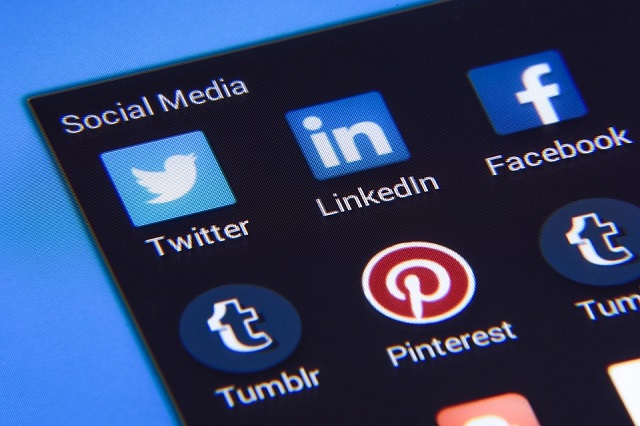 Many of the representatives were eager to push the Facebook founder into getting into the business of deciding which news and political ads are “fake” or misleading, and some of the questions were over the top.

Rep. Alexandria Ocasio-Cortez, D.-N.Y., asked Zuckerberg: “In your ongoing dinner parties with far-right figures, some of who advance the conspiracy theory that white supremacy is a joke, did you discuss so-called ‘media bias’ against conservatives?”

Zuckerberg outlined what would be the limit to Facebook’s tools to control information on the platform:

I believe we have two responsibilities: to remove content when it could cause real danger as effectively as we can, and to fight to uphold as wide a definition of freedom of expression as possible—and not allow the definition of what is considered dangerous to expand beyond what is absolutely necessary.

That seems like a pretty solid position for a social media company, if that’s what ultimately ends up being its policy; namely, to suppress legitimate threats, but ensure that the medium is otherwise free from general control.

That wasn’t good enough for many of the politicians at the hearing—or, apparently, for the gatekeepers in the legacy media.

Masha Gessen at The New Yorker lambasted Zuckerberg in an article, “Mark Zuckerberg Doesn’t Know What the First Amendment Is For.”

Gessen wrote that the news media have borne responsibility for the First Amendment being “fulfilled.” Yet, now that the legacy media’s power is waning, and they are ceding ground to “profit-driven corporations with next-to-no regulatory oversight,” she suggests that perhaps it’s time to start rolling back those freedoms:

We are so afraid of censorship—or, perhaps more accurately, we have such lazy ways of thinking about accountability—that we would rather let newspapers die and media corporations form monopolies than consider government regulation and public funding.

What’s somewhat ironic about that is that the development of Associated Press-style “straight” reporting actually came about because of the profit motive in an environment free of regulatory oversight. Prior to that, in the early 19th century, most news publishers were highly partisan operations, often openly dedicated to the support of a particular politician.

As Americans gravitated to stories about local crime and the weather—as opposed to endlessly republished political speeches—news outlets began catering to that demand, which turned out to be lucrative.

It was the drive to make a buck, rather than purer motives, that led to the development of many of the huge media organizations we have today, which were highly profitable throughout the 20th century.

Just because online platforms have found a way to make large amounts of money doesn’t make them any more or less trustworthy than the legacy media outlets.

Gessen’s suggestion that after more than two centuries under the First Amendment we now need to rethink things because certain gatekeepers have lost influence is insufferable.

Social media certainly bring new challenges to the issue of political speech and access to platforms, but the idea that because Facebook is perhaps unwilling to perform the kind of gatekeeping that legacy media outlets want it to somehow undermines a free press is absurd.

It’s interesting, too, that many in the left-wing media see free speech as a threat to the First Amendment.

What they really fear is a loss of control.

Left-leaning media institutions have held power and directed the news “narratives” for more than half a century. The rise of the internet and other new media companies poked holes in that monopoly to a certain extent, and the free-wheeling nature of social media platforms destabilized it further.

Media gatekeepers view themselves as the ultimate arbiters of the “truth,” despite their biases and institutional power.

However, the First Amendment wasn’t created to prop up The New Yorker, The New York Times, or any other media organization. It’s there to protect the free pursuit of the truth.

In most of Europe, media are tightly regulated, and the European Union has been aggressive in controlling social media. Increasingly, the government and state-run media determine what the “truth” is and what information needs to get to the citizenry (as well as what doesn’t).

America has a different tradition.

The Founders sought to create a system wherein the people would be able to make their own decisions in a self-governed society.

While they certainly never trusted pure democracy to preserve liberty, they trusted government even less.

Hence, the Founders embraced the concept of free speech, which is, of course, protected by the First Amendment.

While truth is often elusive, it’s more likely to find the light of day in a nation of free citizens than when it’s directly or indirectly guided by the hands of governmental authorities.

As Alexis de Tocqueville, the 19th-century French observer of American life noted, despite the occasional problems caused by free speech, free societies are less likely to crack and suffer revolution when the truth is finally exposed.

It’s appalling to hear members of our free press now lamenting freedom for other platforms.

The fact is, legacy media outlets have no more claim on the truth than anyone else.

It’s only reputation that allows them to hold a special place in the minds of Americans, but their actions in the past few years hardly warrant complete trust in their reporting and judgment.

Hopefully, Facebook and other social media outlets will double down on their commitment to free speech.

Jarrett Stepman is a contributor to The Daily Signal and co-host of The Right Side of History podcast. Send an email to Jarrett. He is also the author of the new book, “The War on History: The Conspiracy to Rewrite America’s Past.”