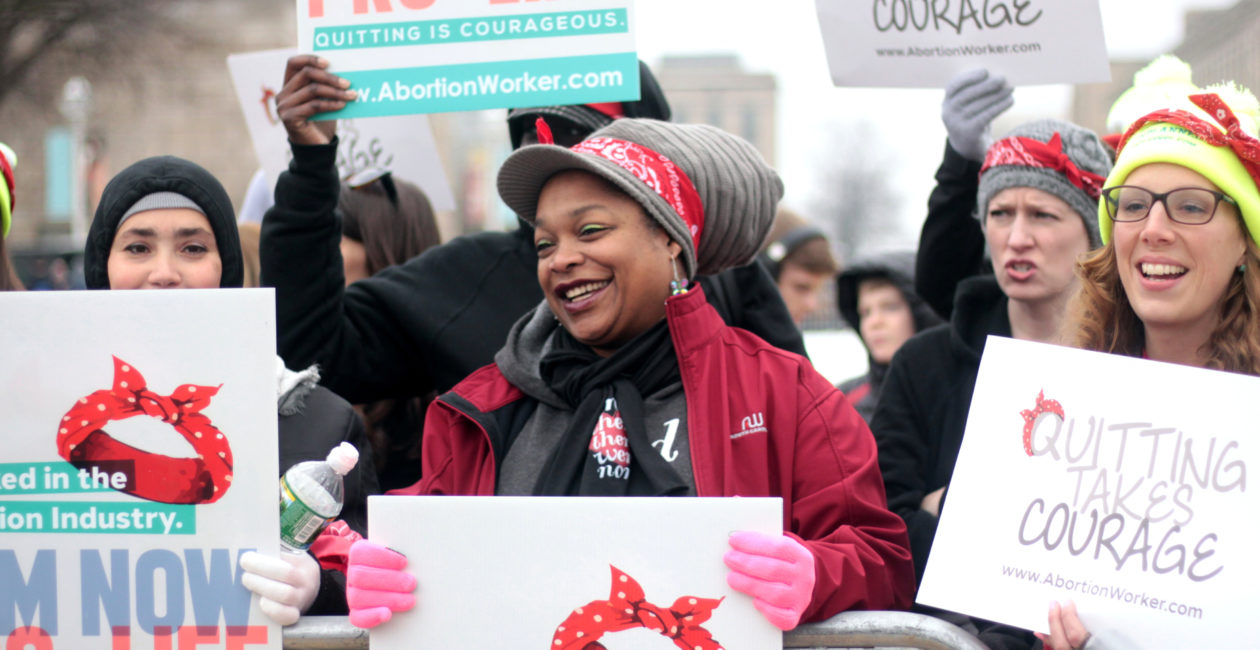 Annette Lancaster decided she had to leave her job as manager of a Planned Parenthood clinic in North Carolina after a particularly tough conversation with a patient there.

Lancaster, 41, says she had been recruited by a headhunter to manage the Chapel Hill clinic after losing her previous job.

“The turning point for me was when I had a patient ask me in the procedure room, and look me dead in my eyes and ask me, ‘Do you think God is going to forgive me for this?’” Lancaster recalls.

“I knew what I wanted to say, and I knew the answer that I had in my mind and in my heart,” she says.

Instead, Lancaster responded with Planned Parenthood’s scripted and approved answer:

The moment haunts her to this day, Lancaster told The Daily Signal in an interview in mid-January while she was in Washington for the March for Life:

I don’t pray for her as much as I should, but I do think about that all the time. It replays in my head that I lied to this woman. …

I did not answer her question. I should’ve quit right then and there. That should’ve been my breaking point to make me quit, but it just added with other situations.

When they finally came to me and told me that I was fired because I didn’t fit in there anymore, it was a like a sense of relief because I had a letter of resignation already written up that I would keep with me.

Lancaster walked away after working at Planned Parenthood for nine months, from August 2015 to May 2016.

She became part of a nonprofit called And Then There Were None shortly after leaving the Planned Parenthood clinic.

The group, started by Abby Johnson, who used to direct another Planned Parenthood clinic, works to help former abortion workers and doctors to heal.

“People use this as a euphemism, but I honestly would be dead right now if it wasn’t for Abby, her ministry, and my sisters,” Lancaster says, adding:

Now, Lancaster says, she is in a good place and credits And Then There Were None for its support.

“Still to this day, I battle with bouts of depression,” she says. “I can say I’m completely sober, I don’t drink at all anymore. I just had to leave it alone because I used it as such a coping mechanism that it became almost an addiction.”

I still battle with a lot of things: nightmares, depression.

Even recently I had to reach out for some support, and the support network is so strong it’s like a safety net. Even when I do fall with some struggles, I know they are going to be there to lift me up in prayer and to pick me back up, even physically if they have to.

Ginny Montalbano is a contributor to The Daily Signal. Send an email to Ginny.