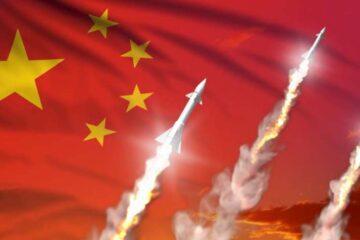 President Biden’s “townhall” meeting this past week was a disaster. From his bizarre poses to the incoherent answers, it seemed to confirm America’s worst fears about a president we are told was elected by the most voters ever. Though he didn’t bother campaigning, we are to believe he somehow motivated the most voters in history to pull the lever in his favor. Or mail in a ballot in his favor. Or something.

After the townhall, the Wall Street Journal was early among mainstream media publications to observe that the emperor has no clothes. In an editorial titled “The Confusing Mr. Biden,” the paper wrote, “Even with a friendly audience and softball questions, Mr. Biden’s performance revealed why so many Americans are losing confidence in his Presidency.”

The Journal focused on one of the most shocking and disturbing revelations from the carefully crafted event: asked by CNN’s Anderson Cooper if the United States would come to the defense of Taiwan should it come under attack by the Chinese mainland, he replied, “Yes, we have a commitment to do that.”

Anderson threw him another softball in hopes he might correct this dangerous misstatement, but Biden was not nimble enough to see his gaffe. He doubled down.

It was left to the “Chemical Ali” of this Administration, White House Spokesman Jen Psaki, to “clarify” that when the President signaled a major shift in US policy – a shift that could well lead to nuclear war with China – he was just kidding. Or something.

In other words: “Pay no attention to the man who pretends to be the Commander in Chief of the Armed Forces of the United States.”

But this is not George W. Bush, who was elected in 2000 with zero experience in foreign policy. This is not Trump, who was so hapless that he campaigned on a policy of peace while hiring John Bolton to carry out that policy.

No, Biden has twice been Chairman of the Senate Foreign Relations Committee. Foreign policy has always been considered his one area of competence. Surely the Biden of even the Obama Administration would have understood the potentially catastrophic implications of his statement.

Strategic ambiguity has been US policy toward Taiwan/China for decades, but the new Biden China policy could be re-named “strategic incoherence.”

The policy of “strategic ambiguity” is foolish enough – who cares who rules Taiwan? – but advancing the idea that the United States is willing to launch a nuclear war with China over who governs Taiwan is a whole other level of America-last foolishness.

Chairman of the Joint Chiefs of Staff Gen. Miley was heralded as a hero for betraying his Commander in Chief Trump by seeking to restrict Trump’s access to the US nuclear arsenal. Milley claimed that Trump was so unsound of mind that he could not be trusted with the nuclear football.

Yet when actual unsoundness is there for everyone to see, Milley and the other “woke” generals are silent as the grave. These are dangerous times.