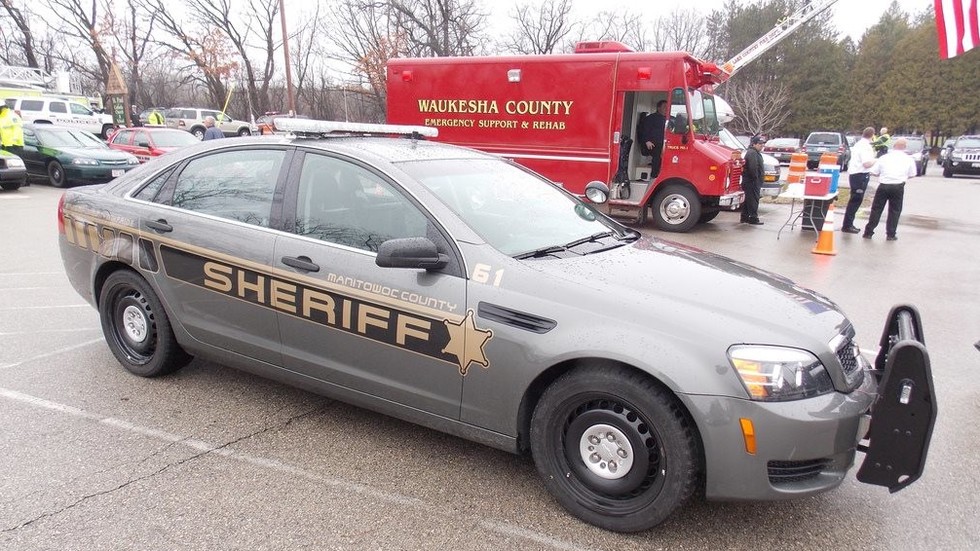 A seven-year-old boy died after he was brutally beaten over 100 times and buried in a ‘snow coffin’ as punishment for not knowing Bible verses, police in Wisconsin have revealed in a horrifying case of child abuse.

Ethan Hauschultz died of hypothermia and suffered blunt force trauma to the head, abdomen and chest after he was reportedly punished for not knowing Bible verses in Newton, Wisconsin in April 2018. Part of the cruel punishment saw him buried in “his own little coffin of snow,” without a jacket or boots.

He reportedly endured sustained abuse from his guardians Timothy and Tina Hauschultz and their son Damian, 15. The teen told police he hit Ethan 100 times in the space of an hour and a half on the day he died, sometimes using a belt or stick, in a punishment ordered by Timothy.

He repeatedly shoved Ethan to the ground and rolled the heavy log across Ethan’s chest,” Manitowoc County Sheriff’s Office said, the Herald Times reports. “He stood on his body and head while Ethan was face-down in a puddle.”

Much of the abuse appears to have been doled out as punishment for Ethan failing to recite Bible verses.

According to gut-wrenching witness statements from the other children living in the home, Ethan was buried under packed snow for 30 minutes. The teenage suspect “took [Ethan’s] boots off and buried him in the snow using a shovel and using the bottom of the shovel to pack the snow,” one of the children allegedly told police.

Another child said “she could not see any of [Ethan’s] body exposed including his face,” and said when he was removed from the snow, he “was making noises.”

However, the boy reportedly had no heartbeat when he arrived at hospital. Staff attempted to revive him, but he was pronounced dead.