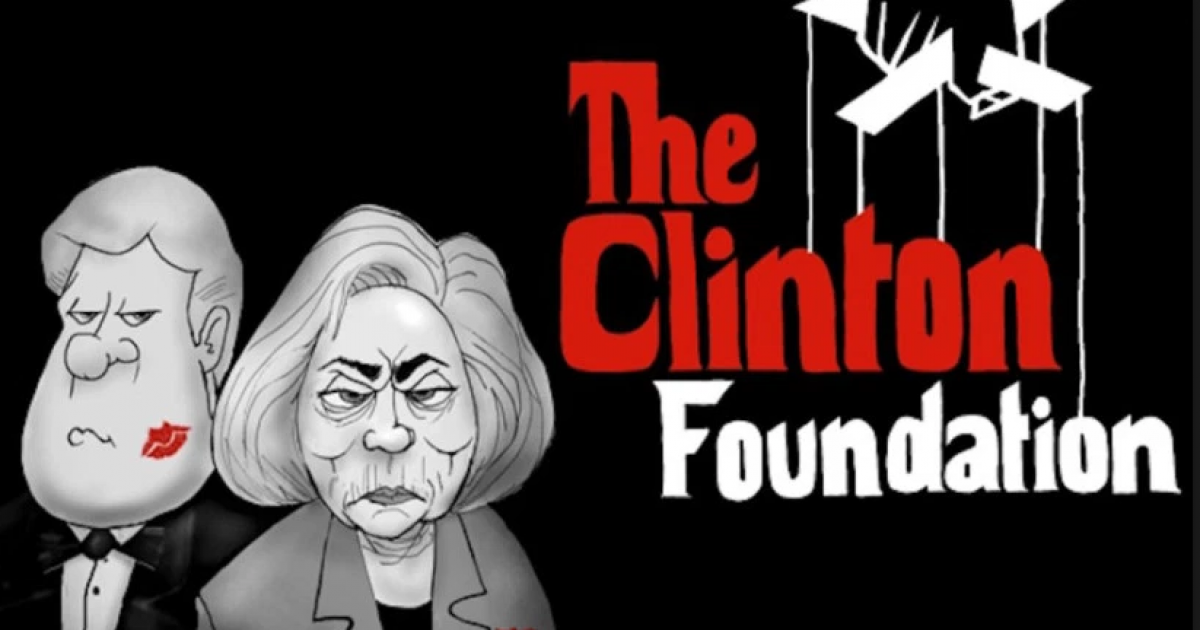 In just the past week, there have been a lot of developments regarding the corruption of the Clinton Foundation. Now, it’s reported that more Clinton Foundation whistleblowers have come forward with hundreds of pages of evidence of the corruption. Perhaps, it’s time to recall the words of former Central Intelligence Agency agent Kevin Shipp when he said that Hillary is “involved in the biggest treason in history.”

I reported over the weekend about Clinton Foundation CFO Andrew Kessel, who told investigators that he knew “where the bodies were buried” concerning the Clintons. He was referencing the corruption, deception and possibly criminal and treasonous dealings of Clinton while she was Secretary of State and Bill Clinton’s private use of Clinton Foundation funds.

Second, the Justice Department was sued over Obama DOJ’s efforts to shut down the Clinton Foundation investigation.

Just prior to that, a Clinton Foundation / Uranium One whistleblower’s home was raided by the FBI.

Then, there’s the possible extradition of Huawei’s CFO to the US for prosecution. Huawei is a Chines company with ties to the Clintons going back to the 1990s.

We had a ruling in favor of Judicial Watch to conduct a careful discovery into the Clinton email issue, and there was a pretty substantial Hillary Clinton document dump at the FBI too.

All of this has occurred within the past two weeks.

Three people have come forward with hundreds of pages of evidence of potential wrongdoing by the Clinton Foundation, including misappropriation of funds and allegations of quid-pro-quo promises made to donors during Hillary Clinton’s tenure as secretary of state, Rep. Mark Meadows, R-N.C., told Fox News on Thursday.

Meadows, the leader of the conservative House Freedom Caucus, is also the chairman of the House Oversight Subcommittee on Government Operations. The panel is set to hold an investigative hearing next week on the status of the Foundation case.

Last week, Fox News reported that newly filed tax documents showed donations to the Clinton Foundation plunged in the wake of Hillary Clinton’s loss to Donald Trump in the 2016 presidential election. The filings showed that the foundation took in $26.6 million in 2017, a 58 percent drop from the $62.9 million it received the previous year.

A spokesman for the foundation told The New York Post the drop was “largely attributable to the absence of sponsorship and membership contributions for [the Clinton Global Initiative]”, which wrapped up in 2016. However, Meadows said that the donation drop “raises grave concerns their operations were not above board as the American people have been led to believe.

“Whenever we look at the possibility of ‘pay to play’ by government officials, current or former, it demands answers,” Meadows added, “and anyone who uses public office to sell access for their own financial benefit must be held accountable.”

This, along with numerous other scandals that occurred while Clinton was Secretary of State, including the blatantly lying to the American people about Benghazi and leaving American men to die at the hands of Islamic jihadis that she was in bed with lead to the conclusion that she was engaged in treason for her own benefit.

This leads me to remind us that former CIA agent Kevin Shipp pointed this out earlier this year by explaining what Hillary Clinton did with her charity and Uranium One while she was Secretary of State was a crime for the history books. Shipp claims that “Hillary Clinton was and is running a global financial criminal syndicate.”

Shipp explains, “Hillary Clinton used this to launder money in foreign banks so it wasn’t subject to U.S. laws, congressional subpoenas or FOIA demands for the evidence. This was done to launder this money globally into the Clinton Foundation so the U.S. government could not examine it at all.”

Shipp also blasted Robert Mueller who was head of the FBI at the time and was involved in the Uranium One coverup.

“Mueller is either a complete moron, which he is not, or he overlooked the biggest counterterrorism cases in U.S. history,” Shipp said. “It involved Hillary Clinton, the Clinton Foundation, Uranium One and, of course, the destruction of all the emails and evidence and her secret server, and on and on and on it goes, and he (Mueller) ignored it all.”

Ship adds that Clinton has seemingly gotten away with her crimes.

Then, you’ve got Peter Strzok protecting her, and now it appears the United Kingdom GCHQ was using NSA information to target Donald Trump and protect Hillary Clinton. You have to ask yourself what kind of power or connections does this woman have to get all of these members of the Deep State, Shadow Government to risk their own criminal penalties to protect her and try to get her elected? That is the Shadow Government. That is the Deep State. That is what is so chilling about this whole thing…

This is deep. This is dark. This is as dark as it gets, and this is the biggest espionage case involving government officials in the history of this country.”

Shipp also points out that, this time, it will not be business as usual for the “Deep State and Shadow Government.” They are going to be brought to justice because Shipp says, “indictments are coming because of Donald Trump coming into the White House from the outside. Trump cannot be bribed.”