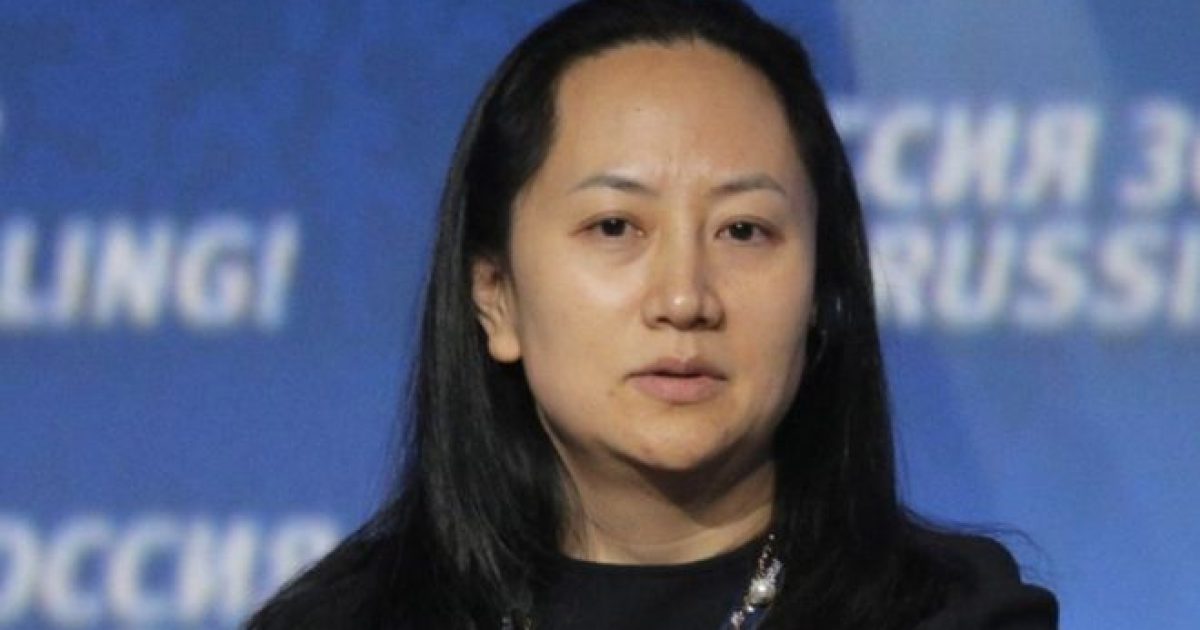 On Thursday, it was reported that Bill and Hillary Clinton may be going away for good, largely due to the fact that America, as a whole, are sick and tired of their criminal enterprise and profiting themselves at the people’s expense. Now, according to Mac Slavo, “tickets to see them live and hear them blab about their lives are selling for the cost of a Big Mac meal at McDonald’s.” Now, it appears that the connection of the Chinese and the Clintons is relevant once again, and their time is running out in a different way.

U.S. prosecutors want a top executive of China’s Huawei Technologies, the world’s largest supplier of telecommunications network equipment, to face charges of fraud linked to the skirting of Iran sanctions, a Vancouver court heard on Friday.

Huawei Chief Financial Officer Meng Wanzhou, 46, daughter of the founder of the company, which U.S. intelligence agencies allege is linked to China’s government, was arrested in Canada on Dec. 1 at the request of the United States.

U.S. prosecutors want to extradite Meng to face accusations that she misrepresented Huawei’s relationship to a company they said had transacted business in Iran despite U.S. sanctions, according to evidence read in a bail hearing in court on Friday.

Understand that Bill Clinton faced a significant Chinese scandal of selling technology to them and covering it up under the Monica Lewinski scandal, but don’t think the Clintons ties to the Chinese went away back in the 1990s.

Those ties continued on into her tenure as Secretary of State under the usurper Barack Hussein Obama Soetoro Sobarkah. At that time, she secured her brother’s financial interests in Hong Kong, which included executives from Huawei, who received visas. The visas were used to spy on the US.

In describing the “latest imbroglio involving Hillary Clinton’s brother Tony Rodham,” Purdum notes Tony’s efforts to get a visa approved for a foreign investor in Clinton friend and Virginia Gov. Terry McAuliffe’s company while his sister was secretary of state. But he fails to mention that it was Bill Clinton himself who got the Chinese investor together with Rodham and McAuliffe at the Clinton Global Initiative in Hong Kong in 2008, just days after Hillary’s nomination as secretary.

Nor does the article by Purdue tell the full story about the cash-for-visa scandal involving Tony Rodham. At least one of the visa applications was for a vice president of Huawei Technologies, a Chinese telecom company that has been accused of spying on American industries, pirating American technologies and providing crucial equipment to our enemies. Huawei has been trying for years to do business in the U.S., but we won’t let it in because of its history of cyber spying and reported closeness to the Chinese military. But Tony was all too happy to help Huawei.

The emails obtained by Grassley’s office, which were shared with NBC News, show that, after winning approval to participate in the foreign visa program, at least one of the visas sought by Rodham’s firm was for a vice president of Huawei Technologies, a Chinese telecommunications firm that has been investigated by the House Intelligence Committee over claims that it is closely tied to the Chinese intelligence services. Huawei Technologies has denied such charges.

Johnny Chung
In 1996, then Senator John Kerry was in a tough re-election fight against Republican Governor Bill Weld. In July, Kerry met with businessman Johnny Chung and his Chinese partner Liu Chaoying. Johnny was born in Taiwan and later became an American citizen.

And who exactly is Johnny Chung?

Between 1994 and 1996, Chung donated $366,000 to the DNC. Eventually, all of the money was returned. Chung told federal investigators that $35,000 of the money he donated came from Liu Chaoying and, in turn, China’s military intelligence.

How is Huawei tied to all of this?

In 2007, US diplomats reported that Liu Chaoying was “involved in arms sales to foreign countries through Huawei and other military or quasi-military companies on whose boards she sat”. Her elder brother, Liu Zhuoming, is an influential navy admiral and member of the National People’s Congress.

In September last year, Chinese president Xi Jinping paid a lengthy personal tribute to Liu Chaoying’s late father on the occasion of the centenary of his birth, declaring Liu Huaquing to be one of the greatest leaders of the modern Chinese military.

So, when we break this all down, what do we see here? We have the CFO of a company that was tied directly to the Chinese election funding fiasco of the 1990s and also a company that received visas from the Secretary of State whose brother was tied to that company financially. Both Meng Wanzhou and her father are tied to the Clinton criminal cartel, and it seems there was more than likely a pay-to-play scheme going on with Huawei.

Many have said that Trump hasn’t done anything to the Clintons yet because he was seeing a case being built against them. This could be, but I’m sure something would have leaked out about that by now.

If not, then you can just toss this on the heap of evidence of the criminality of the Clintons and the need for justice to be served against them both.