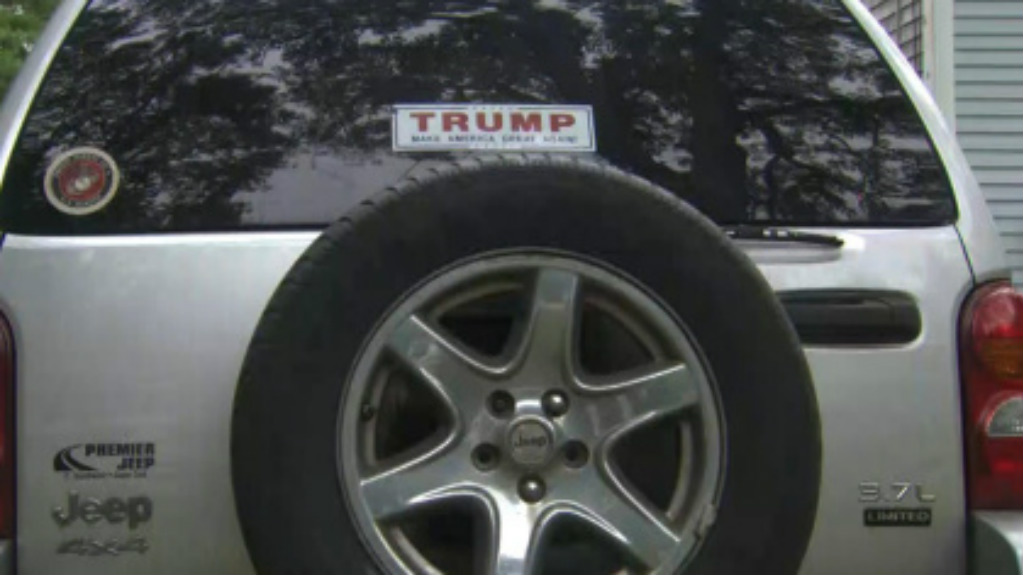 CBS Boston is reporting that a woman rammed into an SUV, shouted profanities, and drove off while nearly seriously injuring the other driver.

The suspected reason for her actions?

A Trump “Make America Great Again!” bumper sticker was displayed in the SUV’s back window.

A driver rammed by a car believes he was targeted because he had a President Trump bumper sticker on his SUV. A woman from Taunton is facing charges.

“I could hear her screaming out of the car or something, so I thought man maybe something’s wrong with my car,” said the man who did not want to be identified. “I get out, all of a sudden I hear, ‘You’re racist,’ and a bunch of cuss words.”

According to police the attacker was 25-year-old Chloe Wright of Taunton.

The victim claims that Wright first drove into the back of his vehicle and then clipped his door while driving by. He had exited the SUV and says her tire barely missed his foot. “Her tire was right next to my foot. That could have ended really bad.”

The hit & run victim wishes to remain anonymous, so that his attacker can’t locate him, but has filed a report with police and goes by the name of “Brendan” in the following video.

Be careful out there.

The next crazy leftist might just come for you next time.

What the hell happened to our America?