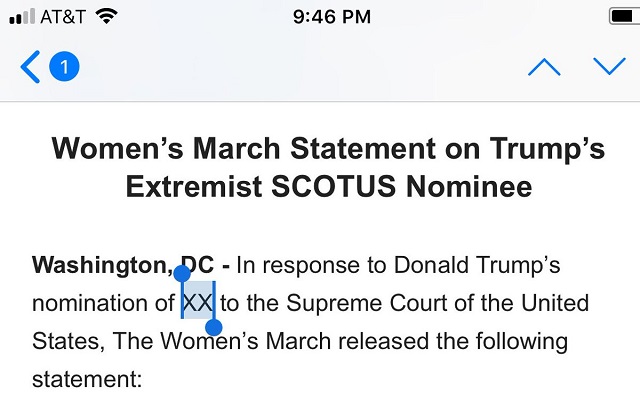 The Women’s March rushed out a pre-written statement slamming President Trump’s pick for the Supreme Court but forgot to fill in the pick’s name.

The release instead says “XX” where a name was supposed to be slapped.

Howard Dean’s Democracy for America did the same thing:

Somebody rushed this out! pic.twitter.com/ZRFqFi0ON0

ABC News also criticized Trump’s “controversial” pick before it was made: