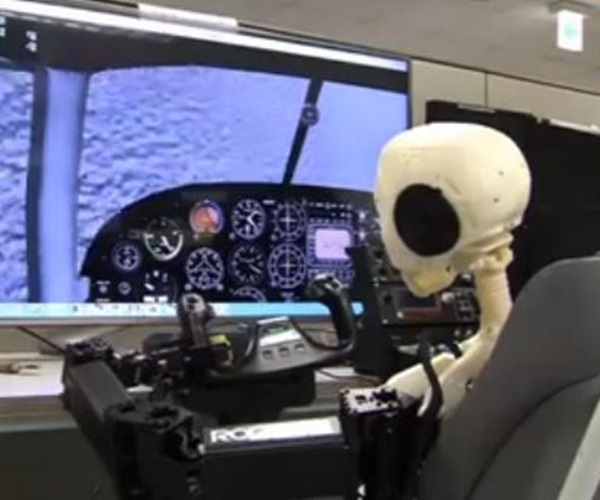 Airbus and Boeing are in a heated race to see which can produce the first pilotless jumbo jet. So many of the systems on an airliner are computerized already, this is the next logical step. “Screeeeech!” (sound of brakes being applied), wait a minute, didn’t we just lose two airliners recently in crashes caused by AI malfunctions? I’m a steely-eyed, fearless former Marine pilot, but excuse me if I don’t want to be part of the process that “works the bugs out.”

Well, let’s see how close they are.

The following is taken from an Associated Press interview with Christian Scherer: “The chief salesman for Airbus says his company already has the technology to fly passenger planes without pilots at all — and is working on winning over regulators and travelers to the idea.”

I don’t know anything about winning over regulators, but the flying public? I’m one of those people and you’ve got a long way to go, buddy! Someone tell me just one good reason why flying with R2D2 at the controls would be in my best interest. If the airlines try to convince me that ticket prices will go down, I’ll call bull-hockey on that right off! Can you imagine how expensive these systems will be to build and maintain?

An example of current computer-pilot interfaces, Airbus developed touchscreens allowing pilots to operate certain planes using finger swipes. That’s not encouraging; does that system work in an emergency when the pilot has sweaty hands? I have trouble clearing my smartphone screen with my finger.

So, how far off is this?

According to the same AP article, “Christian Scherer also said that Airbus hopes to be selling hybrid or electric passenger jets by around 2035. Okay, I feel like I just got a dental surgery reprieve—that’s pretty far off. Maybe by then the aliens will have landed and taught us all how to beam ourselves across the country. According to the Airbus pitchman, however, it might be sooner because they already have the technology to make it work.

Boeing is starting off with fully autonomous electric cargo planes. There would be no pilots on board. I hope they aren’t consulting with Tesla. How long before one falls on downtown Cincinnati? At least if you get killed by one of these, you didn’t have to purchase a ticket for the privilege.

Downside—other than the obvious issues with gravity?

It looks like the airlines aren’t confident enough of their chances of winning over the FAA with a totally pilotless aircraft, so they are working on improving the interfaces between man (or woman) and machine. As pilots are moved further away from an active role in flying the plane, their skills will invariably get rusty. Should an AI failure occur and the pilot needs to take over manually, they would need to be proficient.

What about small planes?

As you may have read, several companies are working on air taxis (pilotless tiny planes). Although engineers are always faced with problems concerning the matter of scale, the systems on these small planes should transfer over to larger craft. Maybe once you (not me) get used to seeing and riding in air taxis, it will be a small step to riding in a jumbo jet piloted by a robot.