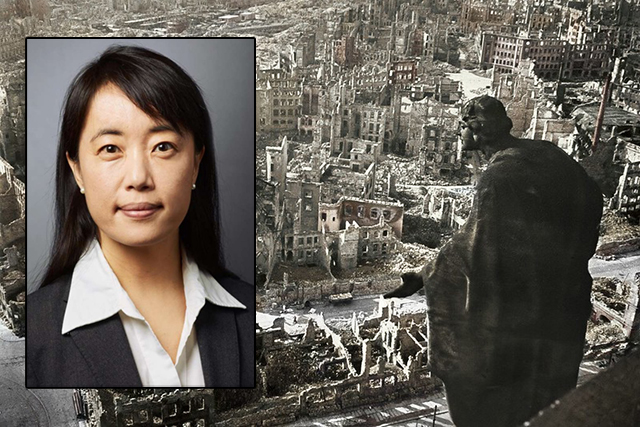 Middle America may need to be “leveled” like Dresden in order to break the Hitler-esque “spell” Trump has on his supporters, Yale psychiatrist Bandy X Lee appeared to suggest in a post on Twitter.

Lee, who bills herself as an “expert on global violence prevention,” wrote Wednesday on Twitter (Archive):

A reporter whose grandparents were refugees from Nazi Germany related to me: “I cannot help but remember a conversation I had with my grandfather … about the firebombing of Dresden, whether he thought the Allies should be reproached for targeting civilians.

He said—I remember this well—that it was a necessity, because nothing short of the sight of SEEING THEIR CITIES LEVELED would have broken the spell. The German public, he said, was not open to reason. They could not be persuaded to abandon Hitler….”

Needless to say, we are seeing the same phenomenon here, and every day that Donald Trump has exposure to the public, he spellbinds his followers ever more deeply, as mental health experts are precisely the ones banned from comment. This is what the leaders of “The Resistance” are fantasizing about if Trump loses — subjecting his supporters to Soviet-style show trials, Truth and Reconciliation commissions and Dresden 2.0! Lee’s statement about mental health experts being “banned from comment” is presumably a reference to the “Goldwater rule” — which says it’s unethical for psychiatrists to diagnose public figures they haven’t examined in person — as Lee readily violates that rule by diagnosing Trump as “psychologically and mentally both dangerous and incapacitated.”

I guess being asked to abide by long-standing ethical standards is a form of “white supremacy!”