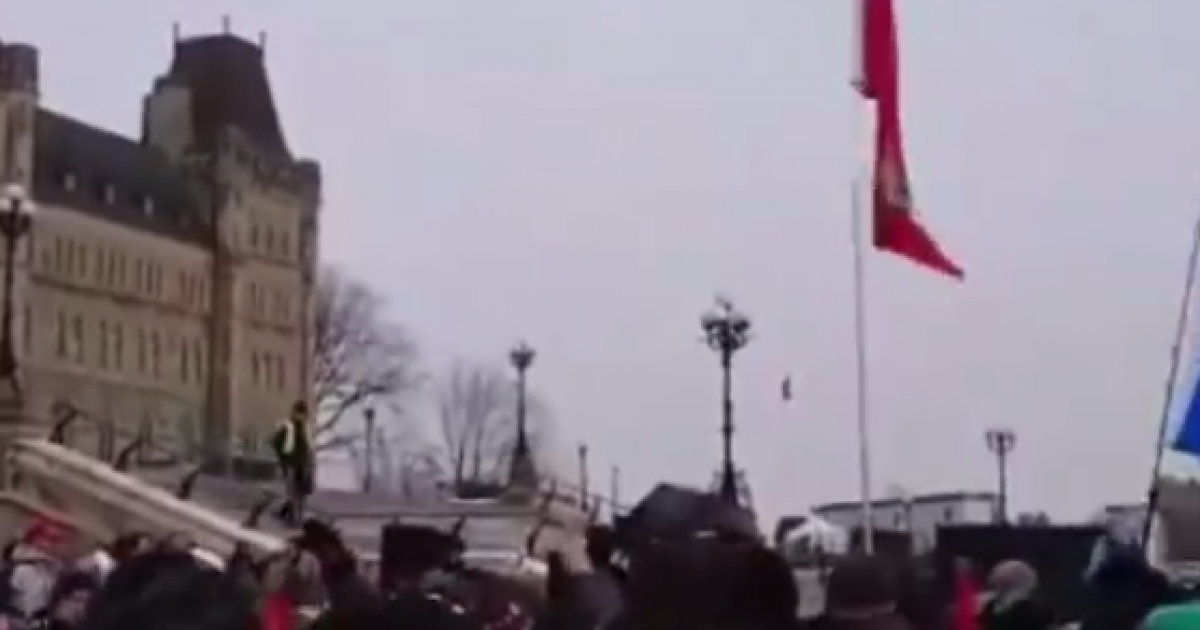 The yellow vest protests against carbon taxes and UN globalization policies have come to Canada. Though the protests in France have become violent, thus far the ones in Canada have stayed peaceful. But it appears the protesters want Trudeau out.

Last weekend, hundreds of people showed up in Edmonton, Alberta, Canada to protest Trudeau’s carbon tax and the UN migration pact. Chanting “Oust Trudeau,” they made it clear that globalization may be meeting with widespread disapproval.

A group calling itself Yellow Vest North Bay is planning a protest this Saturday, 11 a.m. in front of City Hall.

Local organizer Alex Barbu Caron says the event is planned to “protest against the carbon tax and the treason of our country’s politicians who have the audacity to sell out our country’s sovereignty over to the globalist UN pact and their tyrannical policies.”

It’s in reference to the UN Global Compact For Safe, Orderly and Regular Migration.

Protests are taking place across Canada.

The movement has come to Canada from France where yellow vest protests have broken out in after the French government tried to increase gasoline taxes, but have been marred by violence.

Even Canadians are sick of paying for globalization. The Facebook page Yellow Vest Canada has approximately 30,000 followers, and organizer Alex Caron says about 1,000 people are expected next Saturday.

An Editorial in the Toronto Sun stated,

Over the weekend, a few hundred people took to the streets in Edmonton – many donning yellow vests – to protest both the Canadian carbon tax and the UN Global Compact on Migration. A similar event happened on Parliament Hill, this one largely focused on the migration pact.

The Edmonton protest had none of the violence that has marred French protests. But it shouldn’t take violence for political leaders to listen to the real concerns of the hardworking people they’re supposed to serve.

It should be clear by now to Trudeau that a substantial number of Canadians are adamantly opposed to his carbon tax.

There are many ways to be responsible stewards of the environment. An ineffectual and job killing tax that disproportionately affects low income isn’t one of them.

Will Trudeau survive this? Will Macron in France? Stay tuned!